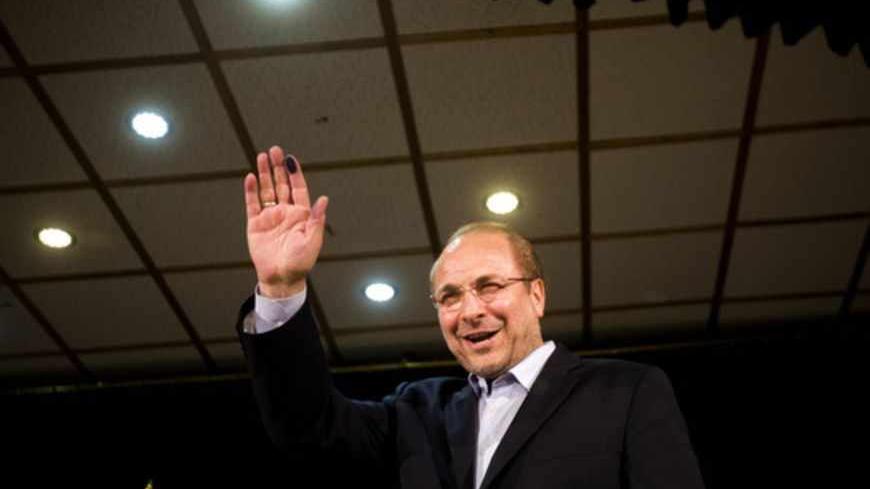 Mayor of Tehran Mohammad Baqer Ghalibaf attends a press conference after registering his candidacy for the upcoming presidential election at the Interior Ministry in Tehran on May 11, 2013.

In the upcoming elections in Iran, some votes will be more equal than others.

One such vote will be that of Qasem Soleimani, the commander of the Iranian Revolutionary Guard Corps (IRGC) Quds force. Soleimani is one of the most powerful military officials in Iran. Being the commander of the IRGC Quds force also provides him with political clout, as his position gives him access to the supreme leader, a level that only a few people in the Islamic Republic can match.

According to Ayatollah Yahya Jaafari, the supreme leader’s representative to the city of Kerman, General Soleimani’s vote will go to Tehran Mayor Mohammad Ghalibaf in the upcoming Iranian presidential elections. Jaafari’s source is General Soleimani himself, who he says told him personally about his choice in the elections.

The Tehran mayor’s election campaign received another public endorsement when 120 members of Iran’s parliament signed a declaration of support for Ghalibaf on May 28. The move indicates that Ghalibaf has the support of more than 40% of Iran’s parliament. Given Iran’s fragmented politics, especially among conservatives, such consensus is an achievement that cannot be overlooked. This along with other sources of support are increasingly making Ghalibaf a serious contender.

One source is the Tehran municipality. Comparatively speaking, Ghalibaf is one of the most popular mayors Tehran has had in the last decade. His success means that in city council elections, candidates supporting him could do well. This could also translate into more genuine votes for Ghalibaf in Tehran in particular.

There is also Ghalibaf's former position within the IRGC, where he was the commander of its air force for three years, starting in 1997. Ghalibaf recently admitted that he took part in the suppression of student demonstrations in 1999. In 2000, he was appointed chief of the national police force.

Such senior security positions are bound to have brought him into close contact with the inner circles of the regime’s top decision-making security bodies. Such a track record of loyalty and influence can only increase his clout as a capable technocrat at the Tehran municipality and an experienced security official. There are not many officials in the regime who can boast of such a record. At any rate, to improve his chances of winning, Ghalibaf appears to have adopted a three-part strategy.

The first part consists of showing himself as an ardent and loyal soldier of the supreme leader. Emphasizing his track record in putting down the student demonstrations in 1999 is just one example.

During a TV interview on May 29 about the elections, he stated, “The parliament is at the helm of the country’s issues, and the president has to carry out the programs assigned to him by the supreme leader.” In other words, he knows who the boss is, who he will represent and where his orders will come from. After Mahmoud Ahmadinejad’s at times insubordinate behavior, such a message is likely to go down well with the supreme leader and the IRGC.

The second part consists of Ghalibaf’s supporters attacking his rivals, especially Saeed Jalili, who is thought to be a frontrunner. Some in the government view as part of this effort statements by conservative MP Nader Ghazipour, who in an interview with Bahar on May 27 said that Jalili is in fact Ahmadinejad's choice in the elections. Meanwhile, Farda News, another pro-Ghalibaf website, reported on May 29 that Ahmadinejad supporters have been attending Jalili meetings.

The third part consists of showcasing his image as a moderate politician. After years of the inflammatory and erratic behavior and policies of Ahmadinejad, Ghalibaf is presenting himself as a safe pair of hands at the wheel of the country. This includes statements condemning denial of the Holocaust by the outgoing president in addition to calls for a more realistic foreign policy. He also emphasized the need to protect investors’ rights in Iran as well as investment in the country's information technology sector. Ghalibaf's efforts to create an image as a moderating force could win him support from among the more moderate elements within Iran’s conservatives. There is also the remote possibility that some of Ali Akbar Hashemi Rafsanjani’s supporters, such as Ali Mottahari (who managed Rafsanjani’s campaign), could support him, especially if the elections turn into a runoff between Jalili and Ghalibaf.

On July 5, 2011, speaking at Jalili’s alma mater, Imam Sadegh University, Hojjatoleslam Mehdi Taeb, brother of IRGC intelligence chief Meysam Taeb, revealed the formation of a 16-member committee during the second year of former president Mohammed Khatami’s term. Mehdi Taeb, who heads the influential Amaar Think Tank, went on to say that the job of this committee of conservative Hezbollah hard-liners was to win the elections out of concern that the reformists could destroy the regime. Part of their strategy in the 2005 elections was to include Ghalibaf as a decoy. His job was to absorb the attacks of Rafsanjani supporters, thus providing Ahmadinejad with the opportunity to campaign and win votes.

If true, then one thing that can surely be said about Ghalibaf in the upcoming elections is that he is anything but a decoy. Judging by the quality of his campaign, he will be a tough competitor for all the candidates, especially the election’s apparent current frontrunner, Jalili.