A new European report urges the EU to toughen its stance on Israel and push it toward a two-state solution, reports Daoud Kuttab. 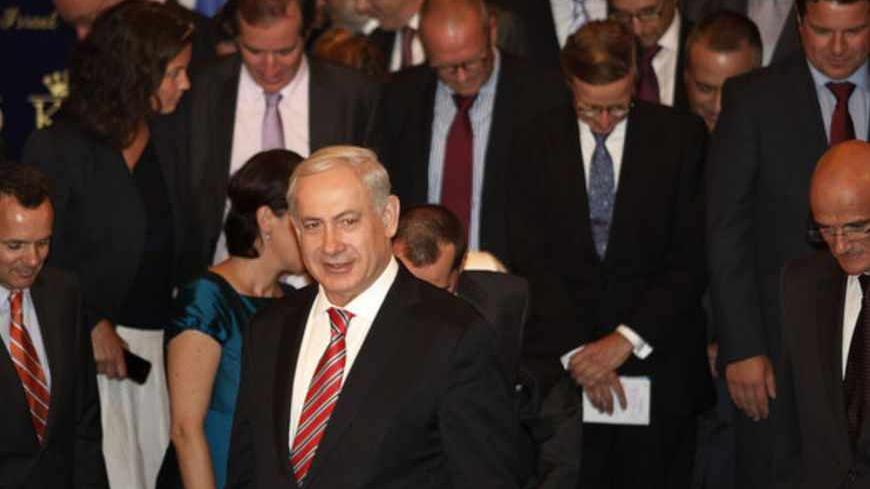 Europe, Israel’s No. 1 trading partner, is once again trying to rethink its Israel policies in light of the latter’s failure to facilitate the two-state solution. The European Council for Foreign Relations (ECFR) has issued a powerful document aimed at guiding member states in dealing with Israel, Palestinians and Arabs.

Entitled “Europe and the Vanishing Two-State Solution,” the 65-page report written by Nick Witney deals with what Europeans think about the two-state solution, the need for and the constraints on European action, concluding with specific actions the EU can take.

The report naturally begins by reporting that Europeans are indeed truly interested in the need for a permanent resolution of the conflict. Citing results from various polls, the report concludes that while this view is very strong throughout Europe, younger people are less patient with Israeli obstructionism than older Europeans and the political elite have been. Witney argues that “Europe seems to be … united on a uniquely detailed policy prescription to effect such a resolution,” but divided as to who to blame for the impasse. The report is brutally honest in criticizing Europe’s intellectual dishonesty for, among other things, not accepting that Palestinian President Mahmoud Abbas and former prime minister Salam Fayyad did everything to qualify as partners to peace and received nothing in return. He indicates that the European Commission is on autopilot, calling Europe’s official position “a sort of sophisticated alibi that can be invoked to deflect accusations from one side or the other.”

Israel is the EU’s largest trading partner in the Mediterranean and 24th in the world, ahead of such states as Indonesia or Argentina. And, especially gratifying to crisis-ridden Europeans, 57% of the total $38 billion bilateral goods trade in 2011 was in European exports. Witney details these facts to show that although support for Israel may be diminishing in Brussels, this is a major cause for hesitation on the member-state level.

The division in Europe on the Palestine-Israel conflict seems to have allowed for a policy of the lowest common denominator. After quoting various European and international studies about the effects of the continued Israeli occupation, the report argues that “in a world of foreign policymaking by unanimity, the EU’s reaction to these alarming developments has thus far been confined to diplomatic rhetoric.”

The lack of European unanimity is not confined to the level of member states. There is also strong evidence of an elite/public divide for which there is “accumulating evidence that their own publics are diverging from their preferred path of ‘even-handedness.’”

The report by the ECFR details why it is important for Europe to act, calling the course that Israel is on “self-destructive” and even using respected Israelis to support this argument, saying, “Europeans owe it to themselves, the Palestinians, and indeed the Israelis to bring home to the latter the extent of the peril they are creating for themselves.”

Having concluded that Europeans indeed care about preserving the two-state solution and that the current trajectory is in the opposite direction, the report deals with what actions Europe can take. Witney artfully addresses the often-repeated myths perpetuated to European diplomats that Israel doesn’t react to pressure and that, therefore, only carrots and not sticks should be used against it. He argues that Europe can do a lot on both fronts by insisting on its own policy and making sure that all parties are aware that they mean what they say and say what they mean.

In trying to produce an effective policy, the report argues that the EU should work much more on Israel  than on the Palestinians, saying, “This is because of the asymmetry of power between the two parties.“ Israelis must be convinced, argues the author, “of the risks their government is running in terms of 'losing Europe’" At the same time, the EU should condition any upgrades for Israel to tangible political changes regarding the two-state solution.

One area where the EU can help convince Israel is by having a sort of zero-tolerance policy toward Israel's obliteration of the green line. Using a study by 22 European civil-society organizations titled “Trading Away Peace: How Europe Helps Sustain Illegal Israeli Settlements,” the report recommends that settlement products mustn’t be labeled as "made in Israel" and enjoy EU waivers. Settlers living in the West Bank should also go to the east Jerusalem-situated European diplomatic missions just like anyone else, and the EU should not allow any agreement it has with Israel include funds reaching settlers or settlements. The same applies to refusing any cooperation with Ariel University, which was built on illegally confiscated Palestinian lands.

All this must be packaged in terms that Europe can’t violate under its own laws, says the report. While admitting that there is little political appetite for such decisions, Witney believes, “All this will no doubt get easier as the two sides come to understand that the EU, having woken up to its past laxness, has no legal option but to tighten up and insist that the Israeli side enables it to do so.”

The report wants to see an end point to the open-ended European subsidy of the Palestinian Authority that relieves the Israeli occupiers of their legally mandated tasks and has prolonged the conflict. The one million euros granted every year to the Palestinian government needs to be gradually reduced on condition that Israel allow Palestinians to develop agriculture and small industries in Area C, and lift the devastating Gaza blockade and the general restrictions on movement. Arab states should also be involved in helping the Palestinian government.

Of course, the report understands that all these measures are meant to spur political talks and not replace them. The report's final concluding statement brings this point home very clearly.

“In short, Europeans need to bring it home to Israelis that they will no longer go out of their way to align their regional policies with Israel’s narrative. Since that narrative is largely shared by the US, this will mean friction with Washington. But, as we noted earlier, EU states are less terrified than they were about diverging from the American line, provided that they can do so in good company; and the US will know that any hint of insubordination, of independent thinking on the region, from Europe will sharpen Israeli concerns about the possibility of 'losing Europe."