Would EU recognition of Palestine be more than symbolic?

European recognition of the State of Palestine would both strengthen the Palestinian hand in peace negotiations with Israel and weaken Israel’s claim to its settlements in the occupied territories. 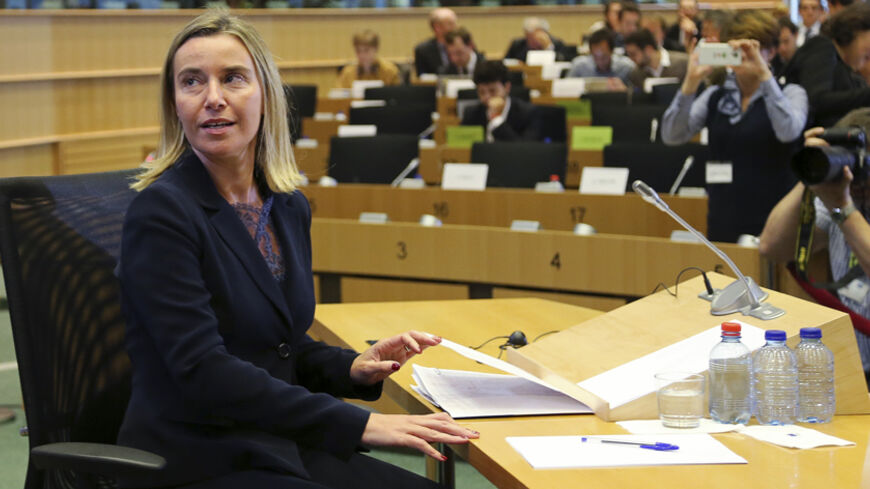 European High Representative for Foreign Policy and Security Policy Federica Mogherini of Italy attends her hearing before the European Parliament's Committee on Foreign Affairs at the EU Parliament in Brussels, Oct. 6, 2014. - REUTERS/Francois Lenoir 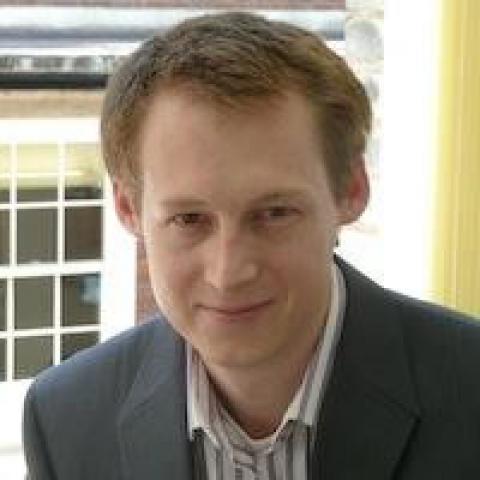 On Nov. 7, Federica Mogherini is embarking on a two-day visit to Israel and the occupied Palestinian territories, her first official trip abroad as the EU’s new high representative for foreign affairs and security policy. Her visit comes at a critical time, with violence now regularly flaring in East Jerusalem amid the collapse of the US-led peace process. Many Palestinians feel their political horizons receding after a series of Israeli actions have further undermined prospects for reaching a two-state solution while further stoking tensions.

In remarks made before her trip, Mogherini underlined her belief that European actions can be decisive at this key moment, but it requires the European Union to move forward. Although her comments may be dismissed by some, they come against a backdrop of increasing European frustration with Prime Minister Benjamin Netanyahu’s policies toward the occupied territories. In a sign of things to come, an EU spokesperson warned, “The future development of relations between the EU and Israel will depend on engagement toward a lasting peace based on a two-state solution."

It is on the EU member state level, though, that such frustrations come to the fore, most noticeably in the form of Sweden’s decision to recognize a Palestinian state. Last month also saw the British House of Commons voting overwhelmingly in favor of a motion that called on the British government to recognize the state of Palestine. Ireland’s Upper House has since followed suit, with similar motions likely to be hotly debated in the Spanish and French parliaments in the near future. Even French Foreign Minister Laurent Fabius has indicated that the French government could do likewise if negotiations prove impossible.

With politicians in three of the EU Quint (France, Italy, Germany, the United Kingdom and Spain) increasingly vocal in their support for Palestinian statehood aspirations, it would seem likely that the momentum generated will be felt in other EU member states and inevitably impact EU policy. Rather than just a sign of “which way the wind was blowing,” as UK Ambassador to Israel Matthew Gould admitted, recognition of Palestine can produce some practical consequences.

The implementation of this policy of non-recognition resulted in the issuing of EU guidelines in the summer of 2013 that forbade EU funding for Israeli entities located beyond the Green Line. This EU policy is the result of a commitment to international law that is fundamental to the union and therefore requires very little political decisions. It’s an act of self-discipline that mandates a differentiation between deepening relations with “legal Israel” (Israel within its 1967 borders) and its illegal activities in the occupied territories.

The more this policy of non-recognition or differentiation proceeds, the more problems it will cause to the Israeli economy. For instance, every Israeli bank has branches in the settlements, so Europeans may at some point decide to stop cooperating with those banks altogether, unless they prove that none of their activities are funding illegal settlements. Israel’s lack of differentiation between Israel and settlements in the face of a European policy of differentiation was, for example, one of the causes behind the decision of some European pension funds to disinvest from Israel.

Another consequence of the differentiation policy would be the introduction of mandatory labeling of settlement products, a measure with far ranging implications precisely because of the undifferentiated nature of the Israeli economy. Admittedly, these steps still represent a clear discrepancy between EU values and actions, falling short of an outright ban on products originating in Israeli settlements, like the EU’s prohibition on the importation of goods originating in Crimea and Sevastopol, both of which it views as having been illegally annexed by Russia.

Nonetheless, as Israel’s main trading partner, the EU’s policy of differentiation has started to produce effects, most notably on Israeli agriculture. Last summer, imports of poultry and dairy from Israeli settlements were banned because the certification issued by Israeli veterinarians in the West Bank is no longer recognized by the EU. And what is applied to chickens can be applied to many other products.

Recognition of Palestine could be used to step up some of these consequences, affecting not just settlement goods but potentially the visa-free travel currently enjoyed by Israeli settlers. Recognition of Palestinian sovereignty and bilateral agreement in the field of law and order could also lead the State of Palestine to potentially request the extradition of settlers accused of committing crimes on its territory.

At the moment, it is unlikely that the PLO will want to escalate the legal confrontation with Israel, especially because the immediate consequence would be to embarrass European countries that opt for bilateral recognition. More realistically, Palestinian recognition can help address the asymmetry between the two sides in view of new negotiations by addressing the cost/benefit calculations of Israel’s continued occupation.

In doing so, the EU can contribute not only to propping up a two-state solution that continues to be undermined by Netanyahu’s government but also in countering the significant support that “armed resistance” enjoys among Palestinians, who see it as the most effective means of ending the occupation.

Ultimately, if more EU member states proceed with bilateral recognition, this will only strengthen pressure to match words with deeds by bringing national and EU policies in line with principles and norms that reject the occupation. While the immediate Israeli reaction will be to continue to retrench itself and blame the outside world, in the medium term, it will change the calculations and the focus of the Israeli public on their relations with the Palestinians.