Ongoing turmoil in Egypt has created a vacuum that is being filled with frenetic beats in uncontrolled public spaces perfect for all-night parties, writes Mosa’ab Elshamy. 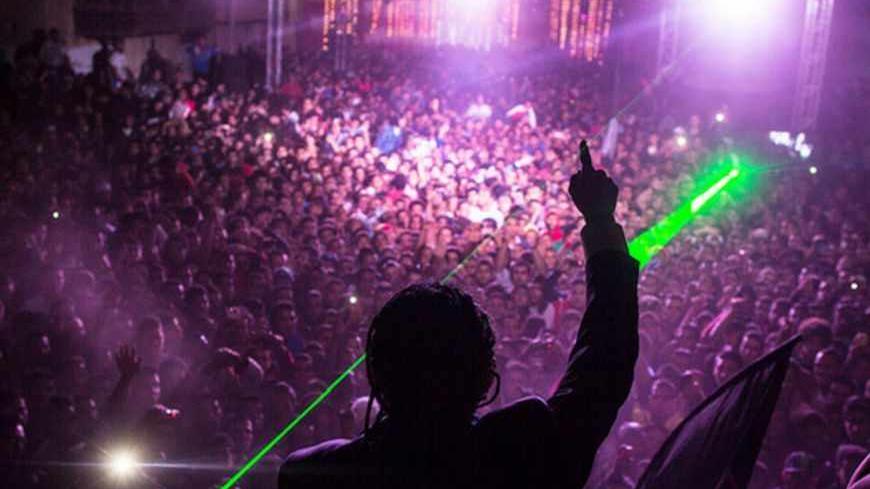 Over 20,000 fans descended on Madinat El Salam, an hour from Cairo, for the wedding of DJ Sadat, a Mahraganat godfather, April 22, 2013. - Mosa'ab Elshamy 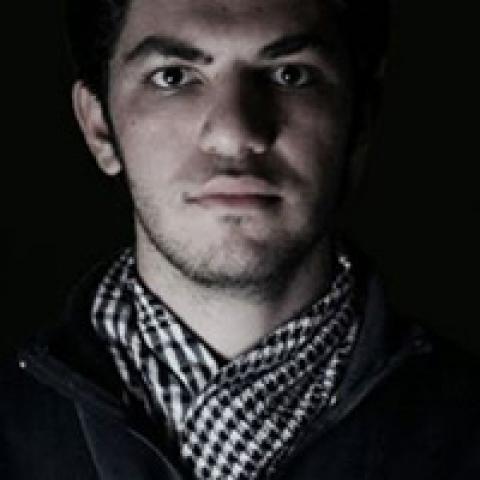 MADINAT EL SALAM, Egypt — Madinat El Salam [Salam City], a remote city an hour outside Cairo was built by the Egyptian army after an earthquake left over 50,000 homeless in 1992. Twenty years later, its wide modernist streets have become fertile ground for an emerging music scene that is now making its way across the country.

Mahraganat, which means festivals, is difficult to classify under one genre. It refers to the carnivalesque atmosphere of shaabi (local) music mixed with electronic music and the spirit of early hip-hop — but the artists who created it do not accept this description. Mahraganat, they say, is something new and unique.

The hybrid genre first surfaced on YouTube in late 2009, and really took hold in 2010, just before the revolution. Radio and TV stations did not give them airtime, and with no record deals in sight, they built their reputation beyond their neighborhoods by circulating amateur home recordings via YouTube. The unknown uploaders back then resorted to band nicknames and their music first gradually spread across local areas in Cairo — Salam, Matareya and Ain Shams — before sweeping the entire country.

Egypt’s social and political turmoil has created unique opportunities for this distinctive music. Since the revolution in 2011, officials no longer have as much control over public spaces, which enables performers to put on shows in areas previously reserved for “stars,” and thus reach the middle and upper classes as well. Still, a large portion of people in this part of society look down on Mahraganat, calling it music for drug addicts and the poor.

From the outside, the Mahragan world looks chaotic and unprofessional. To an extent, it is. The production tools are primitive and mediocre at best. The idea of copyright is almost nonexistent, to the point that it is sometimes impossible to know who sang which song first. Much like the early days of hip-hop, to counter this, disc jockeys often resort to mentioning themselves at the beginning of their tracks, and sometimes throughout. Still, that doesn't completely prevent other artists from recycling the beats or some of the lyrics.

In Mahraganat, local slang is infused with heavily auto-tuned beats and rhythms. The usual anti-sentimental and ultra-local attitude of shaabi music is maintained, but electrified with imported genres like hip-hop and techno. They sing about everything, with verses that exude pride and admiration for their neighborhoods. The Salam Festival, a long ode to Salam City, its men and women, the walls, streets and even its dirt was one of the first Mahraganat to surface.

DJ Sadat, 26, is one of the Mahraganat godfathers. He was among the first musicians to experiment with the idea and has continued to develop it into its current shape. He grew up in Salam City and worked in an aluminum factory to make a living, but his passion for music completely changed his life. As a teenager, Sadat, who cites Bob Marley and Tupac as influences, was a dancer at local weddings. Unlike groups of orchestrated dances, Sadat's movement was a mix of break dance and local dances. Through his moves and flexibility, he was able to work any crowd and get them on their feet. He later met his friends, DJ Fifty, Figo and Amr 7a7a (the “7” denotes the breathy sound of the Arabic letter “h”), and together they started creating the music of Mahraganat. Sadat wrote lyrics for the group at first and gradually became their star performer, even taking his act to London and Paris.

The love of the city and neighborhood that Sadat sings about extends to deeds as well. He continues to nurture young artists who now look up to him. And he doesn't charge residents of his neighborhood for performances, and he continues to live in Salam City.

Even though Mahraganat was never intended to be political, the outbreak of the revolution affected the artists like it did an entire generation of young Egyptians. “The People Demand Five Pounds of Credit” plays with the famous revolutionary chant, “The people demand the downfall of the regime.” They have also taken on President Mohammed Morsi, the Muslim Brotherhood and the Supreme Council of the Armed Forces (Egypt's ruling military council during the transitional period), as protests and riots continue. Social issues like Egypt’s problems with sexual harassment are not off-limits either, with a song called, “I May Catcall, But I’ll Never Grope.”

Mosa’ab Elshamy is a Cairo-based freelance photojournalist. He has covered the Egyptian revolution, the latest Gaza war as well as in-depth socio-economic and cultural photostories. He tweets at @mosaaberizing