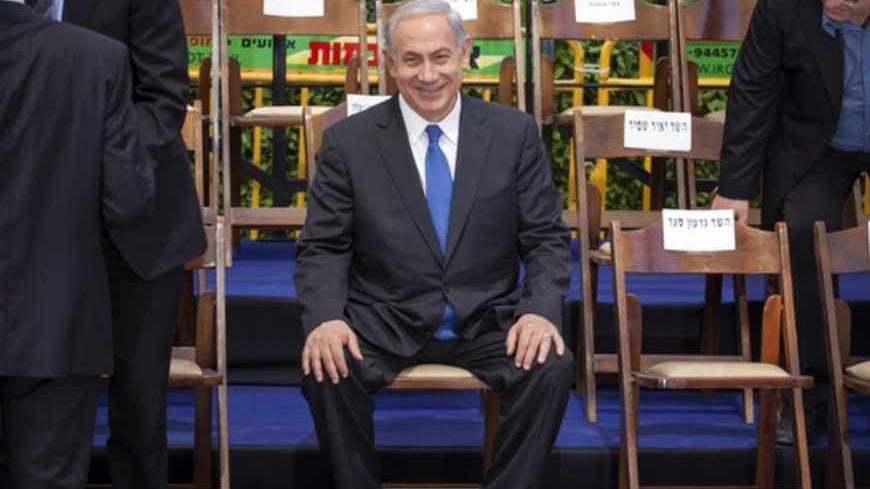 Prime Minister Benjamin Netanyahu, on an official visit in far-off China these days, expressed his full support of his Finance Minister Yair Lapid (May 8), who is the target of keen arrows of criticism in Israel. But this move of the prime minister is not as innocent as it looks.

We are not talking about a prime minister who nobly rushes to the defense of the finance minister he appointed, but instead is a man motivated by cold, political profit-and-loss considerations.

This is the hardest hour for the new finance minister. The brutal cutbacks in the proposal he presented this week (May 7) of the 2013 budget, brought down anger on Lapid from all directions, but mainly from the direction of the middle class. That is the same group that elevated Lapid to his present rank, and has become his primary casualty.

From the moment of disclosure of one of the harshest budgets that was submitted in recent years, it took Netanyahu more than 24 hours until he released a short, laconic endorsement statement from Beijing: “I give my full support to the finance minister. We need to pass a budget.” That is all. Without a word of empathy for Lapid, who has served barely a month and a half in his position and is forced to confront a huge budgetary deficit (about 40 billion shekels [$11.3 billion]) — created by the previous Netanyahu government.

At first, the media churned out large headlines that emphasized the absence of a support statement from Netanyahu. As soon as the message was released, the media reported it, thus calming the tension that developed between the two offices.

But in contrast to the instantaneous interpretation of the statement, that back-up message does not bode well for Lapid. It was simply Netanyahu’s elegant manner of enjoying the best of all possible worlds.

Netanyahu, who is having a wonderful time in China with his wife, Sara, and their two sons, understood: Instead of fighting with his finance minister, better to take the high road and back him up, while letting the public do the dirty work. That is, taking out their anger against Lapid.

Thus, Netanyahu emerged as the big winner from this story. The 2013 budget had been his main headache, and the reason Netanyahu called for early elections. Now it has become the migraine of his future rival for the premiership, the “middle-class’ hero” who is now being shot down by public opinion instead of Netanyahu. And if that wasn’t enough, Lapid’s economic decrees closely reflect Netanyahu’s own socioeconomic worldview. This way, Netanyahu wins twice in a row, hands down.

Lapid, on his part, is doing everyone’s dirty work, for which he pays a steep public price. He is losing credibility and his image is becoming tarnished; the image of Lapid as the leader of the “new politics,” of saying what you mean and meaning what you say.

Lapid has endured a negative moment. A public opinion poll conducted by several media outlets in recent days, points to a drop in all dimensions of popularity and satisfaction with regard to the finance minister. As already said, the most painful and dangerous point, as far as Lapid is concerned, is the great disappointment expressed by the same public that elected him so enthusiastically — the middle class.

On the other side of the globe, in China at a safe distance, Netanyahu chills out as if all this has nothing to do with him. That is the reason that the back-up he gave Lapid was concise and calculated. He does not want to connect himself too much to the economic decrees that will immediately pull people out to the streets. Instead he chose to conduct himself like a father who allows his son to play on the grown-up’s field and gives him support — even though he sees the mistakes. It was enough to take a few quick glances at Lapid’s Facebook page over the last two days — the place where Lapid ruled like a king until very recently — to understand the intensity of the disappointment in him.

Lapid is learning his first and basic lesson of public opinion fickleness the hard way. One minute you are breathing fresh air and see the prime minister’s office in the distance; the next minute you are the most attacked, defamed politician in the area, and your voters are abandoning you by the minute.

So, are we surprised that the prime minister enjoys every minute? It is important to understand that Netanyahu views Lapid, first and foremost, as a dangerous political rival. He sees Lapid as a young, target-focused man who succeeded in transforming himself into Netanyahu’s main rival for the prime minister’s office, in a short period of time. Therefore, according to Netanyahu, Lapid must be elegantly intercepted from his takeoff course.

Throughout the years, Netanyahu’s known tendency toward making a mountain out of a molehill has brought him much tribulation. But Lapid’s case is different. He re presents a clear future threat. Even now, when Lapid’s ship is sinking.

In contrast to Lapid, Netanyahu knows very well that public opinion is capricious. Lapid already has shown his virtuosity in deciphering exactly what the Israelis want, then translating it into a media campaign. Therefore, Netanyahu will stand guard.

Netanyahu has expressed himself recently, at a number of opportunities, that he sees himself competing for another term of office (his fourth). In the festive and satirical "Eretz Nehederet" television program that was broadcast on the eve of Independence Day, Netanyahu was asked how he wants to be remembered. He answered, “as the protector of the state of Israel’s security.” Netanyahu believes that that is "his element" these years, as the economic sphere was his element during his years as finance minister.

This statement of Netanyahu represents an entire political strategy. Netanyahu realizes that his current rivals are those who bring the “new politics” tidings to the public, in other words Lapid and Netanyahu’s arch enemy and Trade and Industry Minister Naftali Bennett. Netanyahu’s clear superiority over them is his diplomatic-security experience. In polls that were ordered by Netanyahu, he still maintains an advantage in indexes measuring suitability for prime minister, vis-à-vis all his opponents in the Knesset and out of it. Lapid is still not in this league. Therefore, the prime minister will be sure to keep his distance from burning economic issues and if necessary, he will give his finance minister only the barest minimum of support. As he did this week.

During the stormy protest days of summer 2011, the prime minister kept close to the television set every Saturday night to keep track of the tempestuous demonstrations, with the participation of tens of thousands of demonstrators whose numbers increased from week to week. The protest reached its height in a huge demonstration Sept. 3, 2011, that took place in the Kikar HaMedina square in Tel Aviv, in which 300,000 to 500,000 people took part. He felt that his seat was starting to shake under him. We can picture Netanyahu this Saturday night: he’ll be stretching out in his armchair, observing the demonstrations opposite Lapid’s home (already being planned), enjoying every moment.