The Israeli right wing has succeeded in rendering the public apathetic and lethargic about any proposal to end the conflict, including the Arab Peace Initiative. 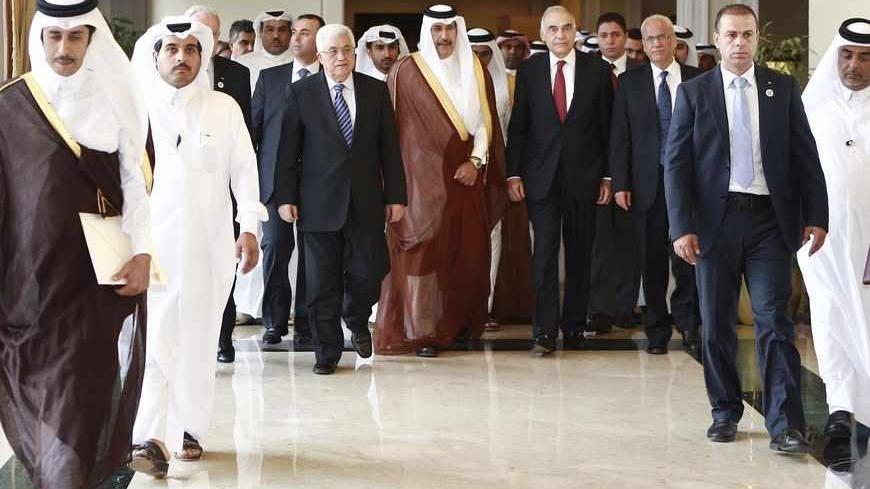 The only Knesset members who attended were Erel Margalit and Meirav Michaeli, both from the Labor Party. The organizers invited Knesset members from the right as well, but the invitations were turned down. These days, the Israeli political system looks dimly at the Arab world in general and the Palestinians in particular. There is almost no one who wants to begin any sort of dialogue whatsoever or to make any effort to resolve the conflict.

The position that the Palestinian-Israeli conflict once held in the Israeli agenda has since been assumed by major strategic threats, such as those posed by Syria and Iran. With the prime minister zigzagging from one threat to the next and the political system lining up behind him, almost no one in Israel has responded to the Arab Peace Initiative; even the Labor Party has failed to release an official response to the proposal. True, a few lone wolves in the Labor Party’s Knesset contingent have expressed their personal opinions about it, but there has been no clear and unambiguous response from the very party whose legendary leader was slain two decades ago as a sacrifice on the altar of peace.

This explains why it is hardly a coincidence that no Knesset member from the right is even willing to participate in a discussion like the one held earlier this week. The Israeli right, as well as the Yesh Atid party, do not see and don't want to see the Arab world making any gestures toward Israel. Even if the Palestinians would get down on their knees and start waving white flags, even if the emir of Qatar would get into his private jet, surprise everyone by flying to Israel and asking for permission to land, Israel’s leaders would not see this as an opportunity. They wouldn’t want to see it as that. This is not because they have lost faith or because they have put considerable and deep thought into it. It is simply because Israel’s leaders have no interest in seeing it that way.

The Arab Peace Initiative is a document, or more properly, a manifest, whose very articulation is evidence that it is a serious invitation to dialogue. This document offers the entire region a chance to achieve tranquility. Not only does it recognize the state of Israel and the right of Jews to a state of their own, it also determines that we are an integral part of the Middle East. In a world in which there are those who are starting to question our basic right to our land — and this is even happening in Europe — and in a world where Israel’s standing is deteriorating rapidly, the Arab Peace Initiative is a ray of light, illuminating the darkness.

No one doubts that the initiative is good for Israel, promising it — and the entire region —stability and quiet. The problem is that those people in Israel who believed in compromise have long since lost the ability to present the peace initiative as being in Israel’s interest. Ever since the signing of the Oslo Accords, the Israeli public has undergone a process consisting entirely of ups and downs. It has gone from euphoria and great hope to desperation, and from there a state of apathy and indifference is not too far off. That is why it seems as if the Israeli public no longer supports a diplomatic process. The Arab Peace Initiative could be gone for good in just a few months. The heads of the Arab League even said so explicitly.

As we already said above, the greatest triumph of the Israeli right is not the settlement enterprise. The greatest triumph of the Israeli right is its ability to ignore every local or international effort to achieve a peace agreement and to turn the Israeli public into skeptics. As I wrote in an earlier article, there are some tens of thousands of settlers in the central mountain ridge dissecting the West Bank. That is not a success. It’s a failure. But in the center of the country and the periphery, there are millions of apathetic Israelis. That is an enormous achievement.

That is why it doesn’t matter how many proposals there are right now. None of them will be acknowledged. None of them will get any attention. The current Israeli political system would even allow itself to ignore a peace proposal placed on Prime Minister Benjamin Netanyahu’s desk by President Barack Obama himself, even if it was signed by all the leaders in the region in glittery gold letters. It would allow itself to ignore the proposal because it has succeeded in putting the Israeli public to sleep and causing it to lose faith. It has succeeded in delegitimizing an agreement, any agreement, and worst of all, it has managed to create a situation in which the status quo is the preferred situation. After all, who has the strength for any more concessions, for any more demonstrations, for any more settlers fortified in their homes and for any more scenes of evictions? Apathy and lethargy have defeated the Arab Peace Initiative, whose relevance will be limited to those conferences where the speakers are already preaching to the choir.