Pinar Tremblay argues it is in the best interest of Turkey and the AK Party to design accountable, transparent institutions as the basis for a future presidential system or governance model. 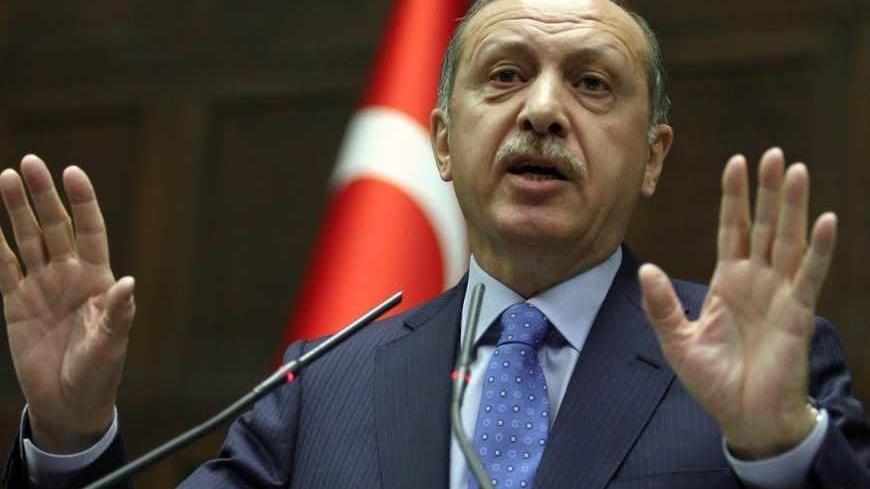 On the evening of March 29, Prime Minister Recep Tayyip Erdogan was on a Turkish TV channel explaining how a “strong Turkey” should not be afraid of an eyalet system. Eyalets were  semiautonomous provinces in the Ottoman era.

In doing so, he made reference both to contemporary developed countries and to the Ottomans. He argued that the country can preserve its unitarian system of central government along with federalism, and that this might be beneficial for a “strong Turkey.”

A new constitution is expected to pave the way for a presidential system in Turkey. Talk of combining this along with a federalism also seen in strong, developed countries is bringing many to advocate “restoration rather than reform,” and even a broader sense of neo-Ottomanism. Cinar Kiper explains this with nifty arguments. Kadri Gursel and others have dubbed this as an “elected sultan regime.”

This article will argue that it would be to the detriment of Erdogan’s legacy to further deepen authoritarianism and that it is in his interest to follow the American government model.

Many claim that the presidency is just another gimmick of Erdogan and the AK Party, whose tenure in the parliamentary system will be over unless proper amendments are made and enacted by 2014. Semih Idiz explained these concerns for Al Monitor in December. The writers’ concerns are validated by data as well.  Research shows that in non-OECD countries between 1973 and 1989, the percentage of democracies surviving 10 consecutive years was 61% for parliamentary systems versus 20% for presidential. The number of countries experiencing a coup in the same data set was 18% in parliamentariy systems versus 40% in presidential systems.  The data comes from the 2009 book Principles of Comparative Politics (page 749).  Because a presidential system has a bad reputation in developing countries, it requires a good justification from Erdogan and his men why this sort of drastic systemic change is needed.

Let’s consider that there may be still hope to turn this into a significant opportunity for Turkey. Several AK Party figures hold the US in higher esteem if for nothing else for its embodiment of secularism vs. the French/EU laïcité secularism on which Turkey’s Kemalism is based upon theoretically. Indeed, one can bluntly say that the AK Party’s choice of political Islam resembles more of Utah-style choices (selective areas of conservatism, i.e., not a complete ban of alcohol sales but limited sales with detailed guidelines) than a complete Mecca style of Shariah. That is the moderate Islam Turkey has cherry picked from the Islamic requirements: For example, not many people talk about riba (collecting or charging interest), but quite a few talk of hijab (dress code according to religious guidelines) as wajib (religious duty). Despite high levels of anti-Americanism, there is a not-so-secret admiration for the American government apparatus.

Both federalism and the presidency may serve Turkey well in the future if the following guidelines (as a bare minimum) are followed:

The first attempt should entail the creation of a basic — not longer than 6000 words — document. The constitution should not try to regulate each aspect of life but rather guarantee basic freedoms to all people and outline the duties of the different branches of the government. If a constitution becomes a hurdle for the country within a decade of its approval, it is a stark failure for its founders. The document should be accessible to laymen. It should establish an oversight system that is sustained through adequate channels with an independent judiciary. While change is constant and elasticity of clauses is necessary, durability is the basis for political legitimacy. It is crucial to strive for a system where electoral laws will not be changed dozens of times during the lifespan of one generation.

Not a patchwork but a wholesale revision of all laws is in order for domestic stability. The AK Party has attempted several social and political “openings,” for example, a Kurdish opening and an Alawite opening. The results have been mixed but these openings have shown that with adequate political intelligence and will, change is possible. Under a federalism scenario, one would have to carefully state what the rule of the land is and what the possible reserved powers for the states are. In a country where a rapist gets a “get-out-of-jail-free” card if he agrees to marry the survivor, one cannot necessarily talk about equality, personal liberty or even due process.

3) Transparency and accountability for all government workers:

Nepotism, corruption and bribery may not be eliminated but can be minimized. The financial resources of elected and appointed government personnel (and those of their families) should be transparent and accessible to the public. It is painful to read dozens of tweets claiming Erdogan’s daughter serves as his adviser and receives an outrageous amount of monthly salary from the government. Many of these tweets are generated by AK Party-haters, and they are bogus. But no official proof has been provided showing such claims are fallacious. Such allegations  should be answered with legal evidence. Tweets from the AK Party headquarters or a minister do not suffice to curb the suspicions of the people. The Ottoman sultan with the divine right to rule may have not had this kind of transparency, but the rulers of a ”brave new Turkey” must have accountability for their actions and words. Any Turk asking, “How much are the refugee camps costing the Turkish taxpayer?” should not be labeled as “merciless” or a “traitor.”

The AK Party deserves kudos for a decade of change in Turkey.  Surely, there have been failures and glitches, and the AK Party has blamed most of these on the “deep state” obstacle. Deep state is indeed nothing but an unintended consequence of faulty institutional design. Now, the AK Party has an amazing opportunity to generate a system to prove its adherence to justice, fairness and inclusiveness for all members of the society.

Thinking about crossroads, I frequently recall a dear Iranian friend who had taken part in 1979 Islamic Revolution but has lived in exile since. The last time we met in Athens, we were watching the 2009 election protests from Tehran. I saw his eyes tear up as he muttered, “We wanted to replace the Shah, we thought choosing good men to take political power would save Iran.” Good men are rarely the panacea for political pains. Well-designed institutions, on the other hand, enable good men to shine, and protect them from the ill intentions of their opponents while minimizing the side effects of corrupt leaders.  Unless AK Party leaders can guarantee that a charming, honorable leader such as Erdogan will  rule after his departure, they must take their institutional legacy very seriously. It is in the AK Party’s interest to carry out brave reforms to design better, more robust institutions to minimize the potential moral hazards.

Pinar Tremblay is a Ph.D. candidate at UCLA in political science and an adjunct faculty member at Cal Poly Pomona. She has previously been published in the Hurriyet Daily News and Today's Zaman. Follow her on Twitter: @pinartremblay.