As more foreign Islamists travel to Syria to fight alongside rebels, the Algerian authorities are taking steps to track their nationals and stop this, writes Kaci Racelma. 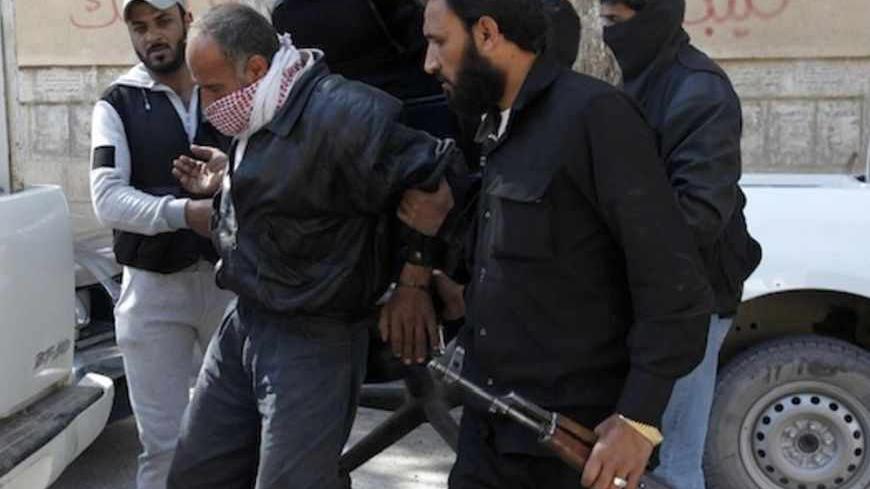 Tunisia has sent more than 3,500 jihadists to Syria to fight against the forces of President Bashar al-Assad. Now Algeria is taking its turn in the limelight for recruiting fighters. However, unlike in Tunisia, where authorities are well aware of the difficulties in “controlling the population movement,” the Algerian government has been campaigning against this phenomenal scourge that seems more like the “death trade.”

In Syria, the situation is going from bad to worse. While the rhetoric of the Free Syrian Army (FSA) takes a nationalist approach, seeking to topple Assad’s regime in order to establish a democratic system that would live up to the sacrifices that have already been made, other Islamist armed groups seek to draw the public’s attention to Shariah. The best-known proponent of this concept is Jabhat al-Nusra, whose hard-core militants are fighting in the name of Islam.

Jabhat al-Nusra has attracted more and more followers in the North Africa region. From this region, and Tunisia in particular, hundreds of jihadists have headed to Syria to lend a hand to Jabhat al-Nusra, which has recently declared its allegiance to al-Qaeda. According to reports by international media outlets, a little more than 3,500 young men have left their country to fight a holy war thousands of miles away from their home. This has raised the concerns of the families of young recruits, who seek action from the Tunisian government to put an end to these recruitments.

The prevailing situation in this country, however, further complicates the task of local authorities in this regard. It is not like in neighboring Algeria, where security services have extensive experience gathered over the course of many years, particularly in the fight against terrorism.

The security apparatus has increasingly tracked down cells in charge of recruiting jihadists for Syria. These recruiting networks resort to religious discourse and hadith about the benefits of holy war (jihad).

They promise young men paradise, which they describe as the final place where fighters of Allah will be rewarded for their sacrifice. During the second Iraqi war in 2003, hundreds of North Africans headed to Iraq to fight alongside Iraqis. This news is no longer unusual in the Arab Maghreb.

The trend goes back to the 1990s, during the first fundamentalist experience in Algeria. At the time, the Islamic Salvation Front (ISF) urged young Algerians to go to Iraq on jihad, during Iraq’s first war.

But in the case of Syria, recruiters have focused on social networks, extending their influence to other regions through messages sent by enviable people. They have been also broadcasting videos paying tribute to mujahedeen (foreign jihadists) on a regular basis through social networks, which further encourage young Algerians to go die as martyrs.

In Syria, Algerian fighters generally have a good network of contacts. They are even closely monitored by Syrian Islamists, who have managed to establish good relations with their Algerian “brothers.”

The majority of Islamists are involved in the clothing business, especially in the Souk al-Hamadia and Bab Touma districts in Damascus, which is a good way for Algerian Islamists to maintain their contacts.

Many of them also cross the border to fight in Iraq. Relations between Algerian and Syrian Islamists seem to be good. They communicate together through networks operating in eight provinces of the country, namely, Algiers, Ghardaia, Tlemcen, IIlizi, Oued Souf, Djelfa Tebessa, Tiaret and Biskara.

Algerians are mainly recruited through Internet forums, according to investigators. Fighters with notable military experience, who have fought many wars, are highly prized by recruiters. However, many fighters have been demanding better coordination between the Arab Maghreb countries — especially between Algeria, Tunisia and Libya — through which they pass before entering Syria via Turkey. Many of them use fake passports to reach their destination.