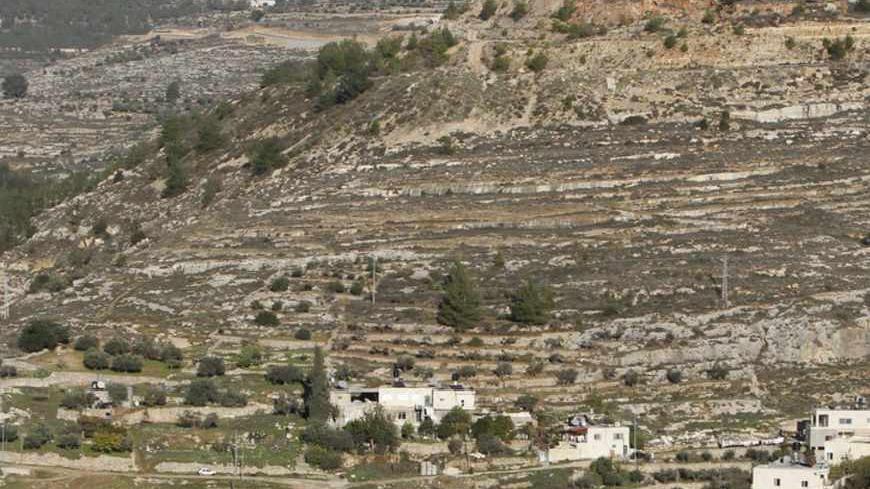 On Saturday, April 6, the monthly meeting for the burgeoning Slow Food Palestine group took place in the Palestinian Agricultural Relief Committees building in Ramallah. The meeting was attended by men and women, farmers by profession or by hobby, employees, and agricultural workers. For the next two hours, committees were designed and members assigned, short term goals were allotted, and a vigorous debate on what was meant by local organic seeds took place.

“Local seeds aren’t only Palestinian,” said one farmer from the village of Marda. “Local seeds can also mean seeds that are imported and can be replanted for the following years.”

“But the point of what we’re doing is to encourage people to grow the seeds that our grandparents and ancestors used to plant,” argued Dana Mas’ad from Tulkarem. “By planting imported seeds we risk losing our Palestinian farming culture.”

Slow Food Palestine is part of the worldwide nonprofit grassroots organization Slow Food, which was founded in 1989 to “counter the rise of fast food and fast life, the disappearance of local food traditions and people’s dwindling interest in the food they eat, … and how our food choices affect the rest of the world,” according to their website. The global organization boasts over 100,000 members in 150 countries.

The community based organization revolves around three main dynamics: networking, co-production, and preserving the local identity of quality foods.

Aisha Mansour, a member of the local Palestinian volunteer group Sharaka, describes how Slow Food Palestine came about through like-minded Palestinians. Sharaka was established in 2009, and aimed at connecting small time farmers with consumers.

“I returned to Palestine in 2008 after 33 years living in the United States,” Aisha says. “And I was shocked at seeing the local markets filled with cheap imported foods and Israeli products. What happened to the good Palestinian organic food?”

Aisha attended a Slow Food conference in Italy in October last year, where she met other Palestinians who all wished to see locally grown Palestinian products being stocked in stores and the open marketplaces instead of the hormone-infused Israeli vegetables and fruits. Together, with Sharaka becoming an official member, they founded the Slow Food Palestine Ramallah chapter (in Arabic called Akli Baladi or My Food is Local), and had their first monthly meeting in December 2012.

“We recognized that until the Ramallah chapter was started, there was a lack of an executive body, and that’s what pushed us to become an official member of Slow Food,” Aisha added.

Connecting farmers to consumers is a two way relationship where both sides benefit, which is the idea behind co-production. The Palestinian farmers, instead of being marginalized in favor of Israeli products, sell their fruits, vegetables, and dairy to consumers who in turn become actively interested in how the food they are eating is produced, which leads them to support the farmers.

Thus, the consumer’s interest of local produce leads to awareness for preserving the Palestinian local identity, in addition to the ecosystems that yield the produce and the dangers that can contaminate or pollute them.

“We want fair baladi food grown on our land. My grandfather in the ‘80s used to sell his produce outside Damascus Gate in Jerusalem,” Aisha states. “But the current neoliberal policies [of the Palestinian Authority] have destroyed the traditional way of producing and growing food. Having more money is not an indicator of development.”

“We want to be able to turn this initiative into a sustainable economy, while [simultaneously] developing our local community, our culture, and our identity,” she continues. “And we want to expand it to the rest of Palestine, not just to the West Bank.”

On Feb. 9, 2013, the Boycott, Divestment and Sanctions (BDS) movement released a statement in which local Palestinian agricultural business called for ending international trade with Israeli agricultural companies that “finance and reward the destruction of Palestinian farming.”

For Palestinians, farming is tied to Palestinian identity, history and resistance to Israel’s illegal occupation. Palestinian farmers face the brunt of Israel’s land confiscations, demolitions and theft of water. Farmers who still have access to land and water face systematic restrictions and violence.

As the global food system has been shaped in the narrow interests of large multinational corporations, millions of farmers and indigenous people have faced exploitation and the destruction of their communities. We stand in full solidarity with all those who are also fighting for the right to their land and the freedom to make their own choices about food production, trade and social and environmental sustainability.

As one member, Ali, during the meeting piped, “When I see stores selling coriander grown from the Palestinian countryside, I consider this an achievement. I can’t find Palestinian coriander, only Israeli that was probably cultivated from some settlement!”

The meeting concluded with the formation of three committees dedicated to media and communications, training and activities, and membership criteria.

“We’ve been talking a lot in the last few meetings but hopefully we’ll be more action oriented,” Aisha says.

The members have taken it upon themselves to compile a list of farmers who grow their local produce in the traditional, environmentally friendly and organic way, and will plan activities to guide farmers and other people on how to do undertake that.

For this determined small group with big dreams, it is imperative that they engage their local communities into reclaiming a vital part of their Palestinian identity by organic farming, and to break the monopoly of Israeli products flooding the Palestinian economy.