Pressure Intensifies on President Of Mauritania to Step Down

Mauritania’s Democratic Opposition Coordination Committee is increasing its pressure on the president to step down, writes Kaci Racelma. 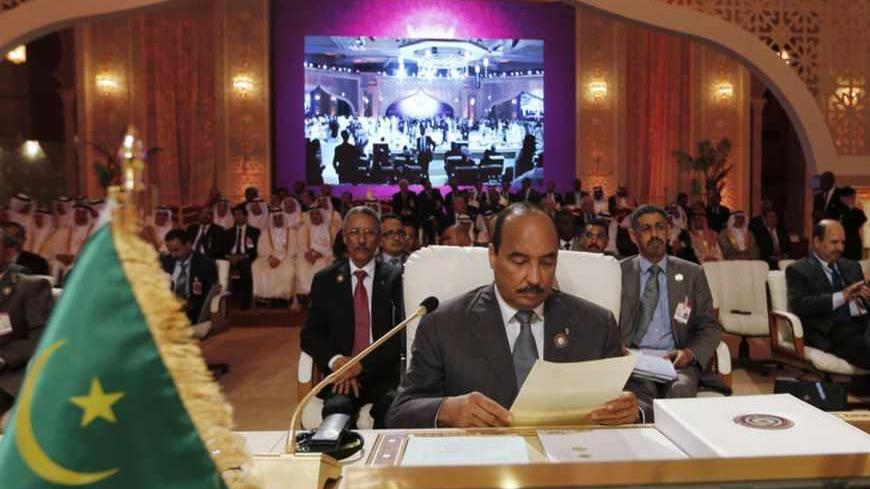 Islamic Republic of Mauritania President Mohamed Ould Abdel Aziz is clearly in trouble. His faults have been exposed and he is being pressured to step down. This is what can be concluded from the recent media appearance by the leader of Mauritania’s Democratic Opposition Coordination Committee, Ahmed Ould Daddah. Without mincing words, Daddah explicitly accused President Aziz of being involved in a “serious matter.” Daddah accused the president of moral decay and a lack of credibility.

Another committee figure — Mohamed Jemil Ould Mansour, chairman of the Tawassoul Party — said that the president should be ousted. Mansour said that “the scandals involving President Aziz are affecting the image and the vital interests of Mauritania.” Tawassoul is an Islamist party that was legalized in 2008. It is now battling the government, which it considers unable to meet the democratic aspirations of Mauritania’s people.

The long-awaited peaceful and democratic change has not happened, which made the Democratic Opposition Coordination Committee parties renew their call for the peaceful departure of the president.

President Aziz is seeing his popularity drop. The unemployed youth no longer support him after he had failed to find them jobs. Faced with this situation, many politicians are trying to lay the foundations for a new consensual transition that marks a definitive break with military regimes. The Democratic Opposition Coordination Committee is demanding an international investigation into the president’s actions. There are allegations that he was involved in money laundering in 2006-07, when he was a colonel. The presidential entourage strongly denies the allegations.

An important event preceded this affair. On Oct. 13, 2012, there was an “accidental” shooting that nearly cost the president his life. He had to stay in France for nearly six weeks for treatment. His absence had political consequences because the opposition started to worry about the vacancy at the country’s top post.

During that institutional vacuum, the president’s opponents were able to attract many influential figures to their cause. A tense atmosphere similar to those that normally precede coups d’etat gripped the country.

The president’s detractors are stirring up the controversy but they are also proposing a way out of the crisis. It involves forming a government of national consensus that will organize the upcoming legislative and municipal elections. Many influential figures who support that solution are intensifying their demands that the president resign.

The lack of agreement between the government and the Democratic Opposition Coordination Committee is destabilizing the country’s institutions. That may endanger the municipal and legislative elections, which the opposition considers the only safe way to end the country’s crisis.

The last two years of Aziz’s five-year term will be very consequential to Mauritania’s political and social life. “The current situation does not look promising. The country is going through a tumultuous period and the end of the tunnel is not yet in sight. The socio-economic noose is tightening and the Democratic Opposition Coordination Committee is a blaming it all on the president,” said a young Mauritanian nurse to Al-Monitor when discussing her economic situation. A well-known journalist, Jamel Mansour, told Al-Monitor that he is more interested in the “country’s future, which must improve to be in tune with other stable nations.”