Iraqi Prime Minister Nouri al-Maliki faces tough political choices ahead, because he must reconcile with some of his Sunni and Kurdish opponents to win another term, writes Ali Abel Sadah. 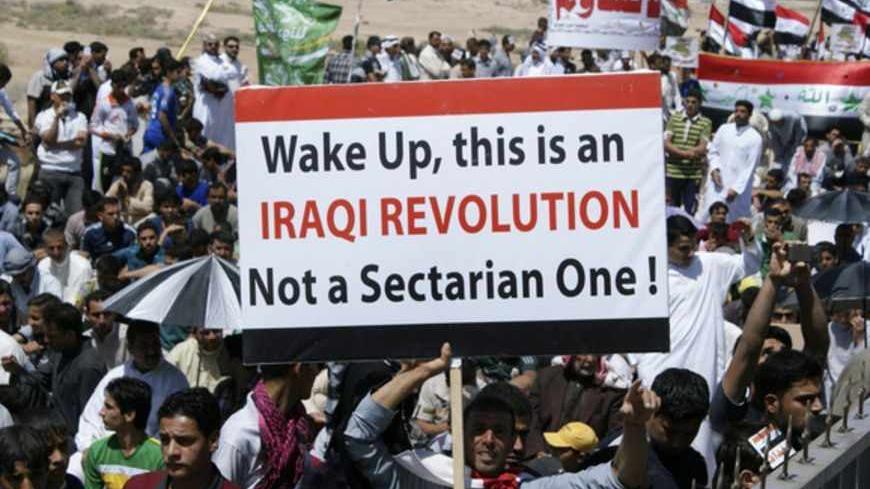 In an unprecedented move to confront the Sunni demonstrations, which have now been going on for nearly 100 days, Iraqi Prime Minister Nouri al-Maliki took a series of decisions regarding former leaders of the Baath Party, allowing Baath Party division heads to hold government posts, and addressing the issue of Fedayeen Saddam’s militia.

Fedayeen Saddam is a very powerful and rigorous paramilitary group, formed by former Iraqi President Saddam Hussein in the mid-1990s. It was popular in nature and consisted of youth loyal to the head of the former Iraqi regime. As for the unit members, they were senior officials in the Baath Party, which was dissolved as US troops entered the country and the party’s regime fell.

Maliki was at a critical point in the past months. His government has been on the brink of collapse, as his most important Sunni and Kurdish partners and a Shiite faction represented by Muqtada al-Sadr movement withdrew. The recent crisis was similar to a difficult test designed to see the range of Maliki’s power and ability to maneuver.

The Iraqi government approved on April 7 the draft law amending the accountability and justice law and penal code articles on the secret informant. The Iraqiya bloc, led by the prominent Sunni leader Saleh al-Mutlaq, said that the decision “is a step in the right direction” in order to fulfill the protesters' demands. It also talked about an agreement to end the issue of the Accountability and Justice Commission, which handles the de-Baathification of former members within 18 months after the law is passed.

Although Maliki’s step has shocked the Shiites, it has revealed Maliki’s road map for a third term, which he seems to strongly desire this time through a political majority government.

It seems that Maliki wants to be provided with additional support from the Sunnis, which is difficult to achieve, in light of the political atmosphere in the country’s western areas that oppose his policy. His decision to bring back the Baath leaders could possibly be a way to bring the Sunnis onto his side.

Maliki is clearly planning for another chapter in his political life in the country, and he is keen, as it was proved in the electoral conference of the Rule of Law [Coalition], to make his political team a totally polarized party, and prepare for himself a long-term political majority.

In the recent crisis, which worsened with the demonstrations in the cities of Anbar and Mosul, Maliki was making arrangements to get new allies who do not believe in the partnership according to the Erbil agreement.

To become prime minister for the third time in a row, Maliki needs two-thirds of seats in the next Parliament in the 2014 elections, i.e., 216 MPs from the various political blocs.

The Shiites’ ability to ensure parliamentary seats, based on the population ratios, is 150 seats, whereas Maliki is required to ensure the remaining seats by setting up alliances with the Sunnis and Kurds.

Bringing back the Baathists and security members of the former regime is obviously to Maliki’s advantage, so he can win the support of a Sunni group. This has essentially taken place with the return of Sunni leaders, including Saleh al-Mutlaq (Front for National Dialogue) and Jamal al-Karbouli (the Solution [al-Hall] bloc).

Yet, this equation is extremely difficult, since nothing can guarantee its success with the Shiites if Maliki’s concessions to the Sunnis cause him to lose the Shiites’ support.

The harsher reaction of the Shiites to Maliki's decision to bring back the Baath Party’s members was voiced by the Shiite cleric Muqtada al-Sadr.

Leaders of the Sadrist movement posted on Facebook that “Maliki's decision did not and will not pass in Parliament.”

Maliki seems to be dealing with serious decisions, and developing a difficult equation with a double-edged sword. In order for him to be eligible for a third term, he needs to improve his ability to master the game of concessions to guarantee Sunnis, Shiites and Kurdish partners.