Israel is failing to grasp the changes sweeping the Arab world, and in so doing, risks its own security by ignoring the renewed Arab Peace Initiative, Daoud Kuttab writes. 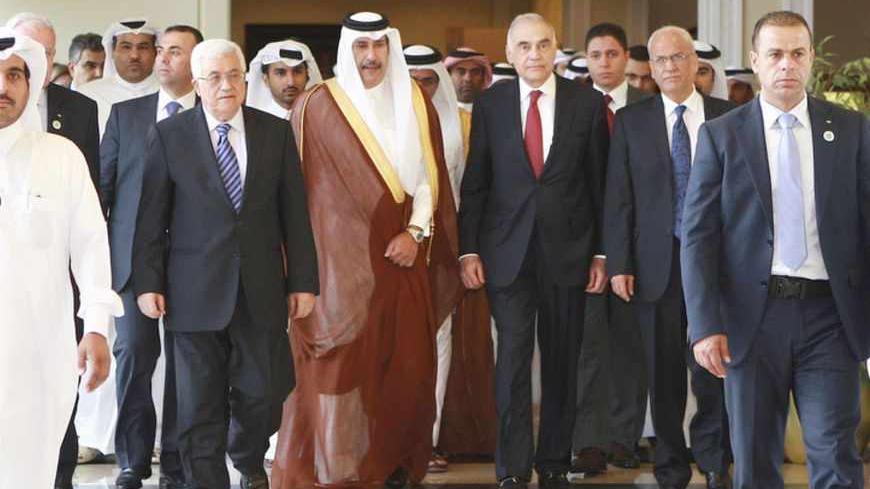 Something strange happened during the last Arab League summit meeting, held in March in the Qatari capital, Doha. The final announcement, which typically presents the points of agreement reached to by the participating heads of state, was possibly the longest communiqué drafted by an Arab summit. It went on and on, detailing the position of the leaders on almost every issue affecting Arab League members.

Squeezed in among the tens of thousands of words was a reiteration of support for the Arab Peace Initiative approved at the 2002 summit in Beirut. The plan has also been approved by the Organization of Islamic Countries. Thus, all in all, 57 Arab and Islamic states have been on the record for more than ten years in support of a peace plan that guarantees normalization with Israel in return for its withdrawal to the 1967 borders and an agreement to a just resolution to the Palestinian refugee problem.

By reaffirming the Arab Peace Initiative, Arab leaders — including at least four emerging from Arab Spring rebellions, plus the representative of the Syrian coalition —have agreed to one of the most far-reaching offers of peace by the Arab and Islamic worlds to a country occupying Arab lands in Palestine and Syria.

Armed with this most recent approval, US Secretary of State John Kerry headed to Israel on April 7 with the hope of convincing the newly assembled administration of Benjamin Netanyahu of the need to respond positively. Since militarily conquering Palestinian and other Arab lands in 1967, Israeli leaders have never ceased saying that they are anxiously waiting to make peace with the Arabs, but that "the other side" is not interested. The Israel claim that the other side does not want peace began with the rather desperate public invitation for a "phone call" from any Arab leader.

Israeli officials of all parties have never stopped publicly asserting that they are genuinely interested in peace with the Palestinians and the Arab world, while at the same time claiming that "there is no partner for peace" and that it is the Arab side that does not want peace. Public relations aside, they have never recognized, let alone, responded to the Arab peace plan on offer for a decade. In fact, at one time, pro-peace groups published the entire plan in Hebrew to ensure that the Israeli public was aware of its existence. Yet, still no response.

So what makes Kerry think that this time around he can use this political "carrot" to move the Israelis to respond?

Many follow the thinking of Kerry and the US foreign policy team who feel that what is different is the Arab Spring and the danger of it bringing more anti-Israeli governments to Israel’s doorstep. Collectively speaking, the political changes in Egypt, Tunisia, Yemen and Libya, as well as events in Syria, do not bode well for Israel. That the United States and the rest of the world have moved to accept these changes means that Israel will find itself alone in the Middle East if it is unable to neutralize these countries whose peoples — as demonstrated by the recent cyber attack against Israel — are very much opposed to Israel and the injustices faced by Palestinians.

The Obama-Kerry methodology for advancing the peace process is clearly not based on the stick, but on the carrot. The US president’s charm offensive was obviously aimed at convincing the Israeli public of the benefits of peace and the support of Washington for Israel. Kerry is translating some of these benefits to Israel by way of the Arab peace plan. The only question that remains is whether the Israelis will bite on this carrot?