Israel has rejected a US plan for peace talks centered on borders and security as a starting point while the Palestinians appear to have agreed to proceed, writes Daoud Kuttab. 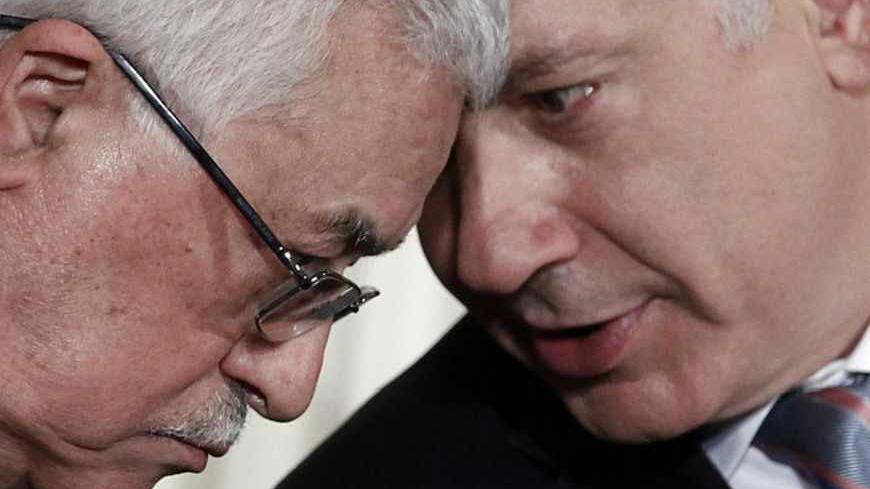 “Since wars begin in the minds of men, it is in the minds of men that the defenses of peace must be constructed.” So states the preamble to the constitution of UNESCO. I refer to this passage in light of the Israeli government recently dismissing the efforts of US President Barack Obama and his secretary of state, John Kerry.

While ending the occupation is clearly a decision that must be made by the occupiers, not the occupied, it is interesting to see a role reversal between the Arab and Israeli sides as to which party is interested in peace and which is rejecting all peace overtures.

The US president lavished the Israeli occupiers with praise and words of support in the hope of encouraging them to take a step toward peace. Instead, the moment he left the region, the Israelis reverted to their arrogant, rejectionist behavior.

Attempting to restart face-to-face peace talks, the United States' top diplomat found himself in a quandary. The Israelis were adamantly refusing to freeze illegal settlement activity while insisting that the Palestinians negotiate without conditions. The Palestinians — bolstered by a UN status upgrade for Palestine and worldwide support of the two-state solution based on the 1967 borders — were equally adamant, and logical, in thinking that one cannot talk in good faith when the other party is physically taking land over which you intend to negotiate. The most repeated metaphor was the idea of discussing how to share a pizza while one side is busy devouring that same pizza.

To deal with this impasse, Washington devised a plan to give priority to talks on borders and security. The basis of the idea is that these are two of the most cherished needs of the two sides and fulfill the universally agreed-to concept of land for peace. Reaching agreement on security would put the Israeli public at ease, while determining the borders would address the needs of the Palestinians. Furthermore, agreement over borders and security would allow the parties to bypass the impenetrable issue of a settlement freeze. The wisdom of the idea is that once the borders are established, and as long as security arrangements are in place to address Israeli concerns, there would be no problem concerning where settlement activity could continue. Ideally, setting the borders would basically restrict settlement activity to within the final Israeli border. Any activity across that border would have to stop since that area would be designated for the state of Palestine.

The idea of prioritizing borders and security is not novel or unique to Kerry. These are the same areas that both parties had agreed to negotiate on in 2009, when Israel conceded to a reduction in settlement activities, an act officially considered a 10-month settlement freeze. Talks only began during the last two months of the freeze, however, and abruptly ended when the Israeli side refused to extend the slowdown of settlement activity. The Palestinians refused to accept the Israeli action as a settlement freeze because it did not include settlement activities in Jerusalem and some other West Bank locations that Israel presented as a continuation of activities rather than new projects.

There was no indication that Israel was willing to accept a settlement freeze this time, and the Palestinians appear to have agreed not to insist on one so long as talks centered on borders and security. The Palestinians were expecting Israeli confidence-building gestures, such as releasing political prisoners, including those arrested before the Oslo Accords and those held on administrative detention, some of whom have been on months-long hunger strikes. The Palestinians were also anticipating that Israel would lift restrictions on Palestinian development activity in Area C, including the construction start of an airport near Jericho.

The Israeli independent daily Haaretz, however, quoted an Israeli source as rejecting the prioritizing of borders and security and refusing any overtures, conditioning everything to the start of face-to-face talks without the declaration of a settlement freeze. This Israeli attitude reflects a total reversal of roles between Palestinians and Arabs on the one hand and Israel on the other. Following the 1967 occupation, Israeli leaders were begging Arab leaders to call for talks, and the Arabs responded with the Khartoum statement of the Arab League summit's famous "three no’s": no peace with Israel, no negotiations with Israel, no recognition of Israel.

Last month in Doha, Arab heads of state, including four new Arab Spring leaders and the Syrian opposition coalition leader, agreed to continue extending the olive branch in the form of reaffirming the 2002 Arab Peace Initiative, which calls for normalization with Israel in return for a withdrawal to the 1967 borders and mutually agreed (that is, Israeli and Palestinian) resolution of the Palestinian refugee issue.

The Israeli rejection of Washington's initiative was best described by American peace activist M.J. Rosenberg, who, writing in the Huffington Post, said it amounted to “Netanyahu telling the United States: Drop Dead.”

If war begins in the minds of men as the preamble to the UNESCO constitution states, then in light of Israel's haughty rejection of the peace process offered by its staunchest ally, it appears that the region is once again moving toward war rather than peace.

Daoud Kuttab is a contributing writer for Al-Monitor's Palestine Pulse. A Palestinian journalist and media activist, he is also a former Ferris Professor of journalism at Princeton University and is currently the director general of Community Media Network, a not-for-profit organization dedicated to advancing independent media in the Arab region. He tweets from @daoudkuttab.