Israel is detaining Palestinian patients seeking to cross the Erez Crossing for hospital care with the aim to turn them into collaborators, Mohammed Suliman reports. 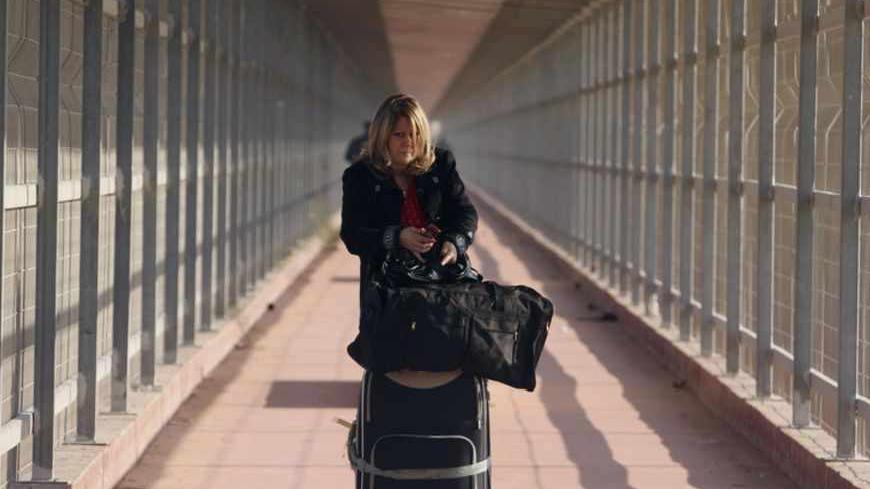 Rafiq Abu Harbeed, 38, was up early in the morning on Jan. 1 as he prepared for the short journey up north toward Erez Crossing. Abu Harbeed, who lives in Beit Hanoun and suffers disc prolapse between the third and fourth lumbar vertebrae, was going to attend a security interview with the Israeli General Security Service (GSS), which is routine practice required by Israel for Palestinians seeking to travel though Erez Crossing. Abu Harbeed was seeking a travel permit to receive medical treatment at Al-Makassed Charitable Society Hospital in East Jerusalem.

At 5:00 pm on the same day, Al-Mezan Center for Human Rights reported that Abu Harbeed’s family received a phone call from the GSS informing them that their son had been detained. He is still in Israeli custody.

Abu Harbeed’s case is one of too many, and gives a glimpse into Israel’s practice of arresting Palestinians seeking travel via Erez Crossing, particularly patients and their escorts referred by the Palestinian Ministry of Health (MoH) to receive medical treatment in Israeli, West Bank and East Jerusalem hospitals.

According to Al-Mezan, in 2012, six Palestinians, including four patients, were arrested at Erez Crossing by Israeli authorities while en route to Israel and the West Bank. Two more men have been arrested thus far in 2013.

Additionally, since the start of 2009, Israeli authorities have arrested 24 Palestinians from Gaza, including 18 patients and three patients’ escorts, at the Israeli-controlled Erez checkpoint, which is the only border crossing that connects Gaza with the West Bank and Israel.

Bassam Rehan, 24, was arrested on Jan. 17, 2012, at Erez Crossing while en route to receive treatment at Al-Mezan Hospital in Hebron.

Interviewed by Al-Monitor, Rehan, who is a resident of Jabaliya, north of the Gaza Strip, said that he suffers from nerve failure in his left leg due to several surgeries he underwent in which several parts of his intestines were replaced with a plastic prosthetic.

“When I arrived at Erez,” Rehan said, “they [Israeli soldiers] took me instantly to a different building at Erez and kept interrogating me until 4:00 pm. They arrested me afterwards and transferred me to Ashkelon prison.”

Rehan says he was “ludicrously” accused of militant activity and membership of factions such as “Army of Islam”— known as Tawhid and Jihad Brigades, and the al-Aqsa Martyrs' Brigades. Having spent 29 days in Ashkelon prison, Rehan was released and returned to Gaza, and his illness has drastically deteriorated. He grimly explained to us the details of his short term in Ashkelon prison:

“I spent 29 days of trauma in Israeli prisons. At times, they would interrogate me all day long, and at others all night long. For an entire week, they would have me go to bed handcuffed. They would leave me tied to a chair for hours on end. On more than one occasion, I lost consciousness during their hours-long interrogations. My illness had gotten worse and worse, and I lost half of my weight, and I am still suffering the consequences of those days.”

Palestinians have restricted access to medical care in Israel and West Bank hospitals due to Israel’s extremely complicated and bureaucratic security mechanisms which require that patients and their escorts apply for movement permits — a normally lengthy process subject to severe delays — and in many cases attend “security interviews” with the Israeli Security Agency in order to get “security clearance.” In addition, the Erez checkpoint closes daily at 2:30 pm and on weekends.

Similarly, in a recent report, Physicians for Human Rights-Israel (PHR) indicated that “[since] November 2011, the approval rate for medical exit requests from the Gaza [Strip] has increased in comparison to previous periods; however, over the first half of 2012, 288 patients were denied timely medical care; 247 were ‘delayed’ (i.e. they did not receive timely replies to their permit applications) and another 41 were ‘denied’ permits.”

The World Health Organisation (WHO) reports that Israel has denied permits to nearly 12,000 patients, or their requests were delayed past their hospital appointment date.”

In addition to Israel’s permit mechanism, which places severe restrictions on the movement of Palestinians in and out of Gaza via Erez and greatly impedes their access to medical care, the practice of interrogations and arbitrary arrests should be seen in light of the extortion and coercion policy employed by the Israeli General Security Service (GSS) to get Palestinians to act as collaborators for Israel on a regular basis.

For example, the WHO reported that “in the past two years, 618 patients were called for interrogation by Israeli security after applying for a permit.” Al-Mezan highlights that “258 Palestinians were interrogated by the Israeli intelligence agency at Erez Crossing between January and September 2012.”

Adding to this claim, PHR wrote: “Among those who approached PHR for assistance during the first half of 2012, 25 patients from Gaza reported that they had been called for an interrogation as a condition to process their applications to exit the Strip. Sometimes, PHR was directly informed by the Gaza DCO [The Gaza District Command Office] that an interrogation was set for the patient, and that his application would only be processed following the outcomes of the interrogation and with the end of the security clearance process.”

Another patient Rawhi Qarqazm 43, was arrested at Erez Crossing on July 15, 2012, during his security interview with the Israeli GSS. Qarqaz, married with three children, suffers from severe pain in his left knee due to a rupture in the cartilage of the knee caused by a motorbike accident in 2009.

In his affidavit for Al-Mezan, which Al-Monitor has seen, Qarqaz gave his full account of the interrogation process he underwent, during which he was subjected to intimidation, verbal abuse as well as physical and psychological torture.

“The Israeli soldier asked me why I was there, and I told him I came to the interview upon their own request since I am seeking a travel permit to receive [medical] treatment at Al-Makassed hospital. He looked me in the eye and said: ‘Listen, this interview is just a trap we had set for you.’”

Qarqaz was detained at Ashkelon prison for about two weeks until he was released on Aug. 2, 2012. He was interrogated about a fire in which his house burned down and was forced to admit that it was caused by explosives that belonged to Palestinian militant factions.

“Before they decided to release me, they attempted to have me work as a collaborator for them. They told me that can make my life better, but I refused and said all I want is to be treated from the pain which is tearing on my knee.”

Finally, as Samir Zaqout, Coordinator of the Field Research Unit at Al Mezan points out, Israel’s practices at Erez Crossing — manifested in its policy of manipulation and exploitation of patients and their escorts — are violations of its obligations, as an occupying power, under International Humanitarian Law (IHL) and the Fourth Geneva Convention. Israel’s practices, he adds, should be put in their proper context as they are a flagrant form of the overwhelming blockade policy it callously imposes on the people of Gaza, systematically depriving them of their most basic human rights and humanitarian needs.