Since the fall of Saddam Hussein, violence in Iraq has produced innumerable victims in need of financial compensation, writes Omar al-Shaher. 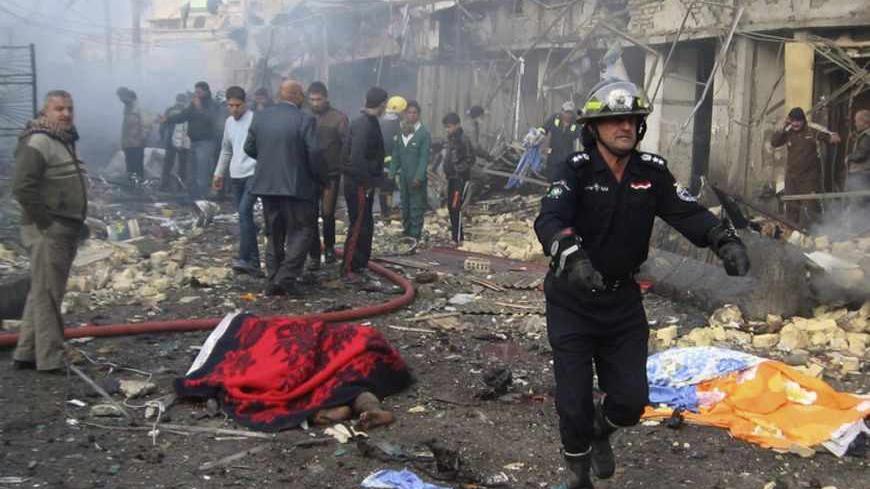 Iraq has been taking initiatives to help the families of the people who died or were wounded as a result of the acts of violence that have shaken the country since the fall of the regime of late Iraqi President Saddam Hussein in 2003. In this framework, the funds paid by Iraq to its citizens who are known as “the victims of terrorist attacks and military errors” have exceeded $300 million up till now.

While Iraqi politicians consider spending money on such areas more important than squandering it for the sake of annual governmental allocations, economists believe that such expenditures have contributed to increasing consumerism in Iraqi society.

In 2009, Iraq ratified a law that regulates the payment of compensation for those who suffered from acts of violence. A governmental committee to accept applications from beneficiaries was formed, and subsequently opened branches in most provinces.

Since 2011, the country’s general budget has included a special article that requires compensation be paid to the victims of terrorism.

Jasem al-Aribi, the spokesman for the central government’s victim compensation committee, told Al-Monitor that “the total amount paid in compensation to victims of terrorist acts from July 2011 until January 2013 was 370 billion Iraqi dinars [$259 million].”

Aribi asserted that “the compensation process will continue and the paid sums will increase daily.”

Aribi continued, saying, “Those who have been wounded receive compensation based on the severity of the handicap from which they suffer, while specialized committees estimate the damages to residences, cars and other private properties. Accordingly, the due sums are determined and paid to the concerned parties.”

“The law stipulated that the people concerned in this regard are the ones who were harmed because of acts of violence that led to a death or loss, or the people whose properties were damaged due to terrorist or military operations since March 3, 2003,” he added.

Aribi said that “the application system depends on special committees in each province that assume the responsibility of examining the documents of beneficiaries. Moreover, one province might have more than one committee. In Baghdad, for example, there are four special committees for the compensation affairs of the victims of terrorism.”

The $300 million that Iraq has paid beneficiaries does not include the total of accumulated salaries that the law stipulates must be retrospectively given to the families of the deceased.

A Ministry of Finance spokesman told Al-Monitor that “the total amount of accumulated salaries for beneficiaries for the years 2010, 2011 and 2012 has reached around $10 million. These sums are paid by installments, since not all official forms can be completed in one year.”

Aribi noted that “last January, the government formed a supreme committee with extensive powers headed by the deputy secretary general of the cabinet. The purpose of this committee was to speed up the compensation process for the families of terrorism victims.” The decision to form this committee was taken due to increasing complaints by beneficiaries regarding years-long delays in processing their official forms.

Islamic Supreme Council MP Abdul Hussein Abtan believes that “it is better to give compensations to the victims of terrorism than to spend that money elsewhere.”

Speaking to Al-Monitor, Abtan added, “There are apparent social benefits that consume a big part of the government’s budget but do not aid people at all. There are budgetary spending methods that supposedly fall under the operational article, but in fact, just squander public money. These funds should be given to the disadvantaged instead. Moreover, the compensation allocations paid to terrorism victims are huge, but spending them here is better than squandering them elsewhere.”

Economist Majed al-Souri believes that “this file is another outlet to encourage consumerism in the Iraqi market.”

In an interview, Souri said that “everybody agrees that the victims have the right to compensation, but, at the end of the day, this is increasing consumerism that has been devouring Iraqi society since the fall of Saddam.”

Souri added that “the compensation funds in particular are often spent on cars and furniture, because they are not part of the financial schemes of the beneficiaries. The compensations rarely turn into investment projects that bear financial revenues.”