Iraq Plans to Launch Satellite To Deal With Water Crisis

As part of efforts to monitor desertification and growing water shortages across the country, Iraq is working to build and launch a satellite before the end of the year, writes Omar al-Shaher. 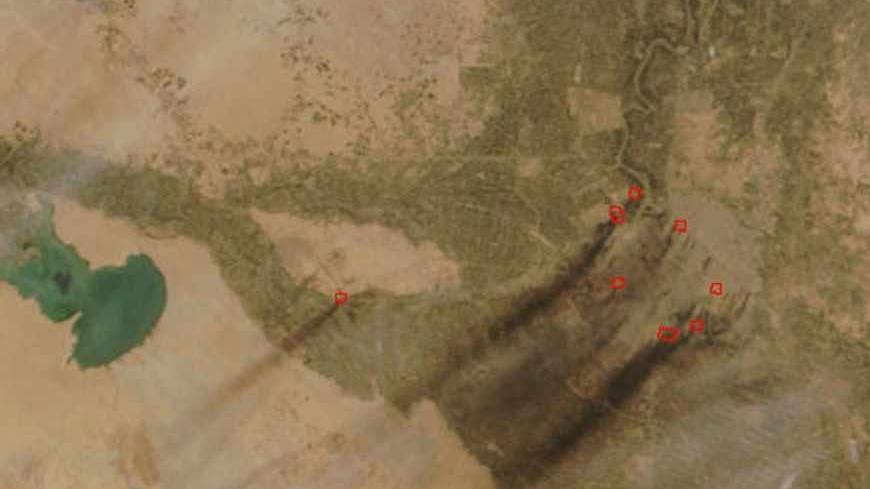 Iraq is to launch a satellite at the end of this year as part of a scientific project dedicated to monitoring desertification and water shortages, whose repercussions have cast a shadow over the country for years.

Last Thursday [April 25], seven Iraqi ministries held a meeting to discuss procedures for launching and studying the economic feasibility of the project.

Deputy Minister of Communications Amir al-Bayati said, “Members of the high commission for the satellite project, which consists of seven ministries, have discussed the launching mechanism of the project and its economic feasibility, in addition to a well-defined cooperation process between all concerned parties in order to avoid any roadblocks that might stand in the way of completing the project.”

Rafed al-Jabouri, the general coordinator of the project, said, “Iraq will accomplish this project in cooperation with the Italian La Sapienza University and an Iraqi team of 15 researchers from three ministries, who underwent space training.”

Sources in the Ministry of Sciences and Technology — one of the ministries participating in the project — said that the cost of the project has reached $150 million.

Last month, an Iraqi delegation headed by the minister of communications, Torhan al-Mufti, held meetings in Paris with a European company specializing in manufacturing satellites to discuss building an Iraqi satellite. The delegation visited the premises of European company Astrium, which informed Iraq that it was ready to design and manufacture the Iraqi satellite and provide all additional services, including outfitting the satellite with a control and communication station.

Arabsat was founded in 1976, since which time it has launched 51 satellites.

Iraq has been facing sandstorms for years in any given month due to the increasing area of land suffering from desertification. The country has struggled during the past three years with shortages in irrigation water supply from the Tigris and Euphrates rivers that flow from Turkey.

Statistics from the Ministry of Agriculture show that desertification has affected 80% of arable land due to water scarcity and climate change.

In 2009, Iraq created a special committee for desertification that comprises the Ministries of Agriculture, Water Resources, Higher Education and Scientific Research, Sciences and Technology, in addition to a committee of advisers affiliated with the premiership of the government. The committee works on three levels. The scientific research body follows up with the satellite project, the executive body is dedicated to carrying out, coordinating and observing projects and the follow-up body assesses the results, as well as scientific and executive activities.