After more than 30 years of oppression and censorship following the establishment of the Islamic Republic of Iran, Iranians and their most beloved artists are able to celebrate their culture in the Iraqi Kurdistan Region, writes Abdel Hamid Zebari. 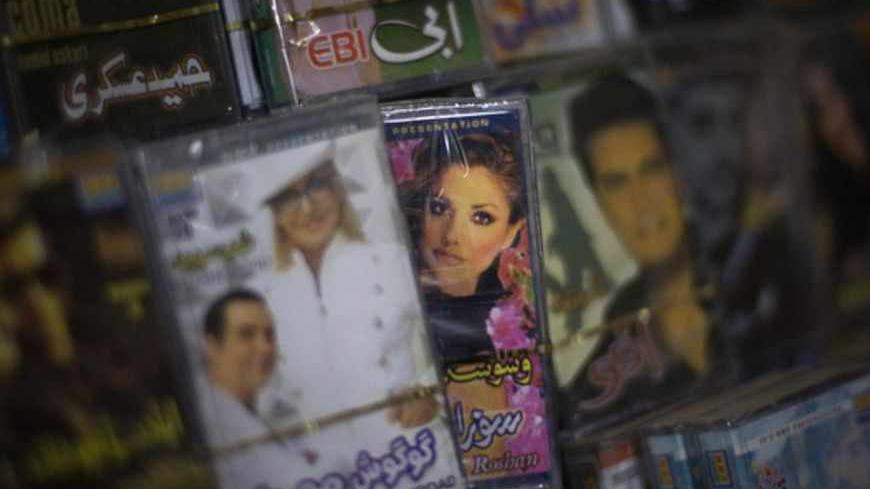 Pirated cassettes of Iranian singers are displayed for sale at a shop in Herat, Afghanistan Dec. 14, 2009. - REUTERS/Morteza Nikoubazl

Over the past years, the Kurdistan Region of Iraq has seen an economic boom and become open to the outside world, as it has begun to enjoy more security and stability. Private-sector companies have been organizing concerts by Iranian singers, who have traveled thousands of miles to enjoy their own music, of which they have been deprived ever since the religious parties took over in Tehran.

Thousands of Iranian men, women and youth find themselves forced to travel by car for long distances to arrive at the Iraqi city of Erbil in order to celebrate Nowruz (the Iranian New Year) and the Kurdish New Year and to go to the concerts of their favorite artists, who are banned from singing in Iran by the authorities in Tehran.

In 1979, the religious regime rose to power in Iran, eliminating the secular rule of Shah Mohammad Reza Pahlavi and replacing it with an Islamic republic. Persian pop stars were forced to leave the country and live abroad.

According to Habiba Esfahani, who removed her head scarf when she arrived in Erbil, “We have been waiting for Nowruz to be able to come to Erbil and go to the concert of a group of Iranian singers.”

She added, “I came with my mother and sisters from the city of Esfahan. We have relatives who live here in Erbil. They have left Tehran because of the bad situation. What is really important for us is to enjoy these beautiful moments after years of deprivation.”

One of the private companies has organized a concert for a group of Iranian singers that was held last weekend, April 6-7. The company initially failed to organize the show in an orderly fashion due to the large number of attendees. Thus, the next day it held another show and limited the audience to the holders of Iranian passports only, so they would not miss it.

The company has sold more than 15,000 tickets for $45 per ticket, or around 150,000 Iranian Toman, which is a large amount for Iranian citizens, given the international economic embargo imposed on their country.

Karim Ahmadi, a man in his 60s, said that he came from Tehran with his family especially to attend the concert.

“So far, I have spent more than $2,000 for this concert, but I don’t care about the amount as long as I enjoy the atmosphere, which will bring us back to the past — during the days of true Iranian music,” he said.

In the hall where the concert was held this year, Iranians recalled their beautiful memories during the 1970s, when there were no constraints on clothing, dancing, music or songs. Everyone enjoyed the show with their families, away from the hard-line religious censorship in Iran.

Aybeh, an Iranian singer, spoke to his fans and told them it had been 33 years since he was forced to leave his country. He performed a song about being estranged from one’s homeland. The audience sang along to this melancholy song, which filled his eyes with tears.

Similar concerts are also organized in the city of Dubai in the UAE. Nevertheless, it seems that that the Kurdistan Region has already established itself as a special place for Iranians to hold such shows, mainly due to its geographic proximity to Iran.

Aziz Jamshidi, an Iranian citizen, said, “We used to go to Dubai to attend these concerts. However, when we learned that they were being held in Erbil this year, we decided to come here, as it is near to Tehran. So far, we have enjoyed our stay here with our families and we are planning to attend two other concerts of our favorite artists.”

According to Nader Rosti, the spokesman for the General Authority for Tourism in the Kurdistan Regional Government, 25,000 tourists came to the region for the Nowruz holiday, including Iraqis and Iranians.