Relations between Hamas and Egypt are far from perfect, writes Omar Shaban. 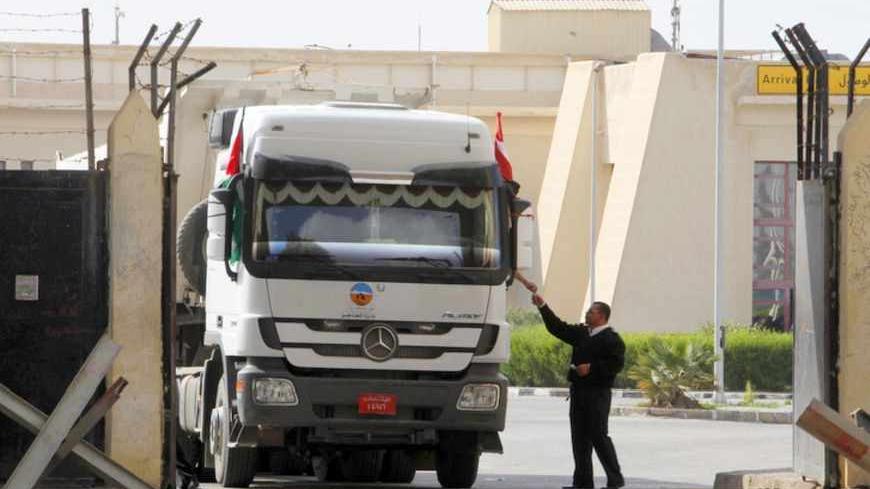 So Egypt’s relations with Hamas are determined by:

1. The “dictatorship of geography”

But after Hamas took over the Gaza Strip, the international observers, as well as the forces of President Mahmoud Abbas, withdrew from the crossing, thus prompting Egypt to permanently close it except for humanitarian reasons.

Hamas strongly welcomed the Arab Spring because it thought that it would remove the Arab governments that are pro-West or that oppose political Islam. Hamas was encouraged by the rise of political Islam in Tunisia and Egypt.

Hamas raised its expectations in the Arab Spring without considering that being in power is more difficult than being in the opposition. The Muslim Brotherhood, which came to power in Egypt and Tunisia, has struggled to balance its desire to support its brethren in the Islamist movements with its quest to maintain balanced relations with the West in general and America — with Israel behind it — in particular.

2. The “dictatorship of ideology”

Hamas’ problem lies in that it raised its expectations too high in the new Egyptian government after the overthrow of the former regime, which Hamas considered a supporter of President Abbas.

With a Muslim Brotherhood regime in Egypt, Hamas can no longer accuse Egypt of blockading Gaza as Hamas used to do with the former regime. Hamas also has a problem with Egyptian President Mohammed Morsi, who is bound to both support his ideological brothers and maintain his relations with others. That may be why the Egyptian president has not given his opinion regarding the Sinai accusations toward Hamas.

The Muslim Brotherhood neither denied nor confirmed the charges against Hamas, while the former presidential candidate and one of Egypt’s opposition leaders, Hamdeen Sabahi, said that Hamas is innocent of the attack on the Egyptian soldiers in the Sinai. He seemed to be following the adage “keep your friends close but your enemies closer.” So it seems that the liberal forces in Egypt have been fairer to Hamas than the movement’s supposed allies.

Egypt needs to have good relations with Hamas so that it can mediate the Palestinian dispute and assert its role as a central Arab country. Likewise, Hamas cannot afford to be quarreling with Egypt, a country that borders Gaza and is the only gateway for Hamas’ leaders to the world.

Egypt is the mediator between Hamas and Israel in truces and cease-fire negotiations. Egypt frequently intervenes to prevent an Israeli escalation against Hamas and the Gaza Strip. Egypt is also turning a blind eye to the tunnels that bypass the border between the Sinai and Gaza. Those tunnels are a basic route for raw materials and goods bound for the Gaza Strip.

Egypt is the most suitable place where Hamas leaders from all over the world can meet, especially since Syria has been consumed by civil war. Hamas cannot allow its dispute with Egypt to go out into the open. The new Egyptian regime expects assistance and cooperation from Hamas, not more problems that would add to Egypt’s numerous internal problems.

PalThink for Strategic Studies organized a seminar at the end of March 2013. It hosted Hamas leader Mahmoud al-Zahhar and Egypt’s ambassador to the PA Yasser Othman, who spoke via video conference from Ramallah. In the seminar, it was clear that both parties want to halt the deterioration in their relationship and that they recognize that they need each other, although for different reasons and goals.

• Egypt is working to restore Palestinian rights, stop the Israeli aggression, lift the siege off the Gaza Strip and achieve Palestinian reconciliation.

• The Gaza Strip is part of Egypt’s national security and thus must be protected. Othman listed Egypt’s sacrifices for the Palestinian cause by saying, “We are still discovering in Gaza and the West Bank the remains of Egyptian soldiers who were martyred in defense of Palestine. We recently discovered the remains of martyrs in Bethlehem and Ramallah.”

• The investigation into the terrorist incident at Rafah is still ongoing and investigators will eventually announce their findings.

• Hamas categorically denies any interference in Egypt’s internal affairs. He pointed out no Palestinian name was mentioned in connection with tampering in Egyptian security. He stressed that some Egyptian media outlets are conducting a media campaign against Hamas and that some of these media outlets are unprofessional and are captive of the former dictatorship. Zahhar said that this is a real campaign that no one can deny. He said that every day Hamas detects one or two false claims about Hamas and that he knows who is promoting these lies. He said that Hamas’ media has obtained a document that implicates Ramallah intelligence in giving [anti-Hamas] information to Egyptian TV stations. He said that the document is genuine and a committee was formed to look into how that document was leaked. He said that members of the former Palestinian security apparatus are leaking information and that Hamas knows their names.

• Regarding the trade going on through the tunnels, he said that Hamas does not approve of it and that those tunnels are owned by individuals who do not belong to Hamas. He asserted that Hamas has strict security control over those tunnels. He continued, “Egypt is not a party to the agreement on the Rafah crossing signed between the PA and Israel in 2005. Therefore, Egypt is not bound by the agreement.”

Despite the serious attempt by officials to assert that the relationship between Hamas in Egypt is deep and that they are keen to maintain it, there is still a need to activate popular efforts. Both Zahhar and Othman supported that position.