The plight of Palestinian prisoners is equally felt in the West Bank and Gaza, where locals are also commemorating fellow Palestinians still behind Israeli bars, writes Rami Almeghari. 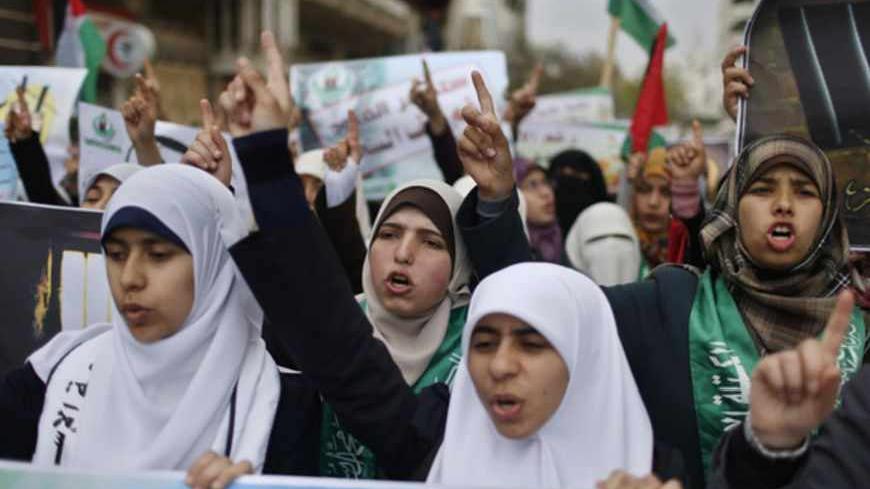 "We are sorry, Samer Issawi, we are sorry, my dear son Fahmi, Salah, my brother and my nephew, really sorry. Please forgive us all, for we are unable to help free you, but we have been protesting and campaigning for only the past year and half," said As'ad Abu Salah, a freed Palestinian prisoner in his late fifties, in a message to all Palestinian prisoners inside Israeli jails on the anniversary of Palestinian Prisoners Day, April 17, 2013.

Israeli troops arrested Asad and his two sons, Fahmi and Salah, near the border in the northern Gaza town of Beit Hanoun back in 2008. In October 2011, Asad was released in a prisoner-swap deal between Hamas and Israel, in which more than 1,000 prisoners, including the now-hunger-striking Samer Issawi, were released.

"My husband was released before he was to serve a 25-year sentence, thank God. I am here along with Fahmi's wife and daughter as well as my freed husband Asad to send a message of solidarity and strength to my sons and all other Palestinian prisoners inside the jails," the wife of Asad Abu Salah told Al-Monitor on Tuesday, April 16, while carrying a poster of her sons in front of the International Committee of the Red Cross (IRC) in Gaza City.

Mai Abu Salah, the wife of the jailed Fahmi Abu Salah, spoke to Al-Monitor while holding her 5-year-old daughter.

"I am here to tell my husband Fahmi that one day he and thousands others will see the light by means of the Palestinian resistance. I want also to keep you informed that soon, inshallah [God willing], I will likely have a new babe from Fahmi, after we manage to smuggle some of his sperm from inside the prison," the veiled woman revealed.

Many other families of Gaza prisoners marked Palestinian Prisoners Day. Standing with many other women, Um Rami Abu Jray held a portrait of her jailed son, Rami Abu Jray, who has been serving a seven-year sentence since 2006.

"I can never enjoy life for a single moment until my son is released from prison. Every time I attend or see a wedding in the street, I feel a great deal of bitterness inside me. When I want to visit him inside the Ramon Israeli prison, I am allowed to see him every couple of months — and this has recently taken place — but before, we had not been able to visit him for five years," she told Al-Monitor.

Thousands of Gaza residents marched across Gaza city to mark the anniversary of Palestinian Prisoners Day. The marchers included political leaders, government officials and MPs, as well as prisoner activists from all over the Gaza Strip.

"Prisoners Day is an annual anniversary marking the continued misery of thousands of Palestinian prisoners inside Israeli jails," said Zainab, an activist standing with her fellow university students in front of the Red Cross headquarters in Gaza City. "The observance first started back in 1974, when Israel released the first Palestinian prisoner, Mahmoud Hijazi, now 77. Actually, on Mondays, every week, we gather here along with prisoners' families to protest Israel's imprisonment of Palestinians. Their issue is a top priority for our Palestinian people, and we should continue our struggle until they are all freed from the jails."

According to the IRC in Gaza, a year and a half ago, Israel resumed its visitation program for families of prisoners from Gaza. The program had been suspended since Israel imposed a blockade on the territory in 2007.

"Actually, we managed to resume coordination of travel and transfer of Gaza families to Israeli prisons, where Israel holds approximately 550 Palestinian prisoners from Gaza," Arw Mhanna, a communication officer with the ICRC, told Al-Monitor. "The visits take place every Monday, when we bring to the prisons 35 to 40 family members, mainly parents and wives. Children of prisoners are not yet allowed to pay such visits, according to Israeli regulations."

She added that the ICRC follows up on the conditions of prisoners inside the jails, particularly the hunger strikers.

"According to international law and the Fourth Geneva Convention for protection of civilian persons in times of war, Palestinian prisoners are detainees captured in territories occupied by Israel," the ICRC spokesperson clarified.

Recently, many Palestinian prisoners inside various Israel jails have demanded that they be regarded as prisoners of war. According to the Palestinian Ministry of Prisoners Affairs, Israel holds 4,700 Palestinians, many of them sentenced to life imprisonment.

"For me, as a freed prisoner, I can definitely that a hunger striker is a resistance fighter. We will resist until we attain the freedom of all Palestinian prisoners," Tareq Abu Maryam, a freed but deported prisoner, told Al-Monitor. Abu Maryam was released in the October 2011 prisoner-swap deal between Hamas and Israel. He was not alowed to return to the West Bank city of Qalqilia, his birthplace and residence.

Prisoners Day this year comes as the prisoners issue gains momentum with the continued hunger strike that includes Samer Issawi, who Israel arrested few months after his release in the 2011 swap deal. 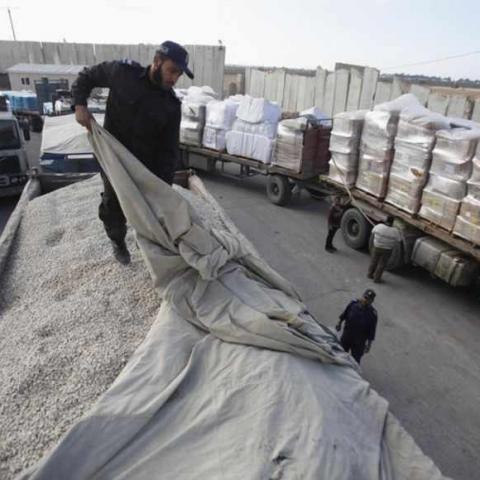