Standing Up to Domestic Violence In Tel Aviv

An unprecedented women-led initiative to combat domestic violence is promoted among the communities of African asylum seekers in the slums of Tel Aviv, writes Inna Lazareva. 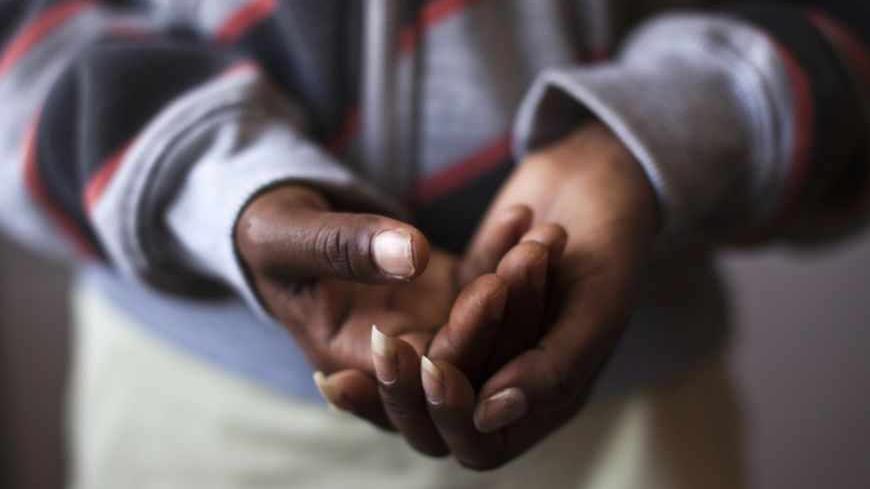 In a sunny, pastel-walled kindergarten in a rundown part of Tel Aviv, toddlers crawl on the floor to the gentle music of Baby Mozart. For Zebib Sultan, a 29-year-old Eritrean who set up the center last summer, the soft piano trills are a world away from the shrill screaming she heard from the other side of the wall of her Tel Aviv apartment just one year ago.

The sounds came from Zebib’s neighbor, Hailie (not her real name), herself a recent immigrant from Eritrea. She and Zebib shared the same cramped two-bedroom apartment with their husbands and four other people, juggling 14- to 16-hour cleaning shifts, house work and family life.

When Zebib first met her, Hailie was always quiet. "I always saw her crying,” Zebib said. “She told me it was because she missed her family, because of her financial problems, but I got the sense that there was something else, that she was afraid of her husband, Salom.”

In reality, Salom was abusing Hailie, beating her violently every day. Out of shame, Hailie would muffle her mouth with her hand as he hit her, so as not to emit a sound. After she became pregnant, the abuse became only worse. “He never gave her food, never allowed her to go to a gynaecologist, she never had a pregnancy follow-up,” Zebib said. “She was in a very bad condition, but was never allowed to go outside and speak to people. She didn’t even have a mobile phone.”

Zebib had heard of such cases before. Last year, a man had been beating his wife continuously — the woman suffered in silence, telling only one person who was unable to help. “In the end, he slit her throat,” Zebib said.

There are very few global organizations which monitor instances of domestic abuse among asylum seeker communities. According to activists in Israel, the problem is severe. “Domestic abuse is the most difficult and the most pressing issue in the community,” said Habtum Mehari, an Eritrean asylum seeker who regularly volunteers to help those in need. “Just think that 10 immigrant women were murdered by their husbands in less than two years in Israel. Out of a community of 36,000, that’s a very big number. These are women who are mothers. Many others are getting abused by their husbands, beaten and locked in their houses. It’s the most pressing issue in the community today.” Due to her work as an activist, Zebib has come to know many women who face the abuse daily. She estimates that 70% of all Eritrean women in Israel experience domestic violence.

At first, a solution was not obvious. Aid organizations note the increase in violence once women are away from their home communities. “In Eritrea, if a woman was abused by her husband, she would go to her family, who would arrange a meeting with her husband’s family, and then they would involve an elder within their village to mediate.” explained Sara Robinson from Amnesty International (AI) Israel. “But when you’re an immigrant, that whole system breaks down because you don’t have your family around.”

Others say that domestic abuse in Eritrea is a part of the culture, where women are subjugated, and where few will turn to the police. According to Diddy Mymin, psychosocial project manager at the African Refugee Development Center (ARDC) in Tel Aviv, despite having the same access to the law as Israelis, the fear of reprisals is substantial enough to deter many asylum seekers in Israel from reporting the abuse. "We've had women in our shelters who made reports to the police and who then retracted their statements because they received threats from friends or members of the family," Mymin noted.

To help, the ARDC has set up a women's shelter for the most vulnerable — pregnant women, new mothers and single-parent families. Another organization, Assaf, offers psychosocial support for refugees and asylum seekers. Sometimes, dispute mediation can go through the church. All of these, however, involve acknowledging the abuse in the first place. “The problem is also that the Eritrean women do not speak out,” said Habtum. “They do not tell others when the violence starts — they hope that tomorrow it will all be OK.”

“Hailie’s husband was a priest,” said Zebib. “From the outside, he looked very polite, respectful, smiling, but inside he was a different person — violent, aggressive and not understanding. I tried to talk to him, but he didn’t want to speak. We brought in another person — a man — but that made no difference. We gave Hailie money to support herself, but he still beat her.”

Zebib explained the problem to her friends. One night, she gathered a group of fellow Eritreans and asked them to stay near the apartment. “We told Hailie, 'when he beats you, you have to scream because the others should hear.' Everyone was ready. When we heard the screams for the first time, we stormed into the room and made him stop, saying ‘this is a pregnant woman — you shouldn’t be beating her.'"

Word about Salom had spread. People started talking about him in the street; the priest who abused his pregnant wife. His reputation was destroyed. Meanwhile, Hailie announced that she was leaving her husband. "Salom was very ashamed — he begged her, in front of all of us, 'please, please don’t leave me,'” recalled Zebib.

Domestic abuse is just one of many problems facing asylum seeker women, and Eritreans are just one group. The perilous journey to Israel takes them through the Sinai, a lawless region in northeastern Egypt where asylum seekers are kidnapped, tortured, raped and held for ransom. According to reports by AI and Human Rights Watch, this can be as much as $30,000-$40,000. It is common for others to be trafficked as sex slaves. Arriving in Israel, they face many other difficulties, from obtaining the relevant rights to stay and work, to accessing information on basic health services in their languages. Being asylum seekers with no clear status means that they are left with the very bare minimum in public services — emergency only health care, for example. For those with children, child care is an absolute necessity if the family is to survive as both parents need to work.

To try and alleviate these problems, Zebib along with other Eritrean women from southern Tel Aviv came up with a unique initiative: a women’s center which functions as a nursery for immigrant children by day, and a community center, with a domestic abuse help group, by night. Assisted by AI Israel and funded for its first year by the Eritrean community in the United Kingdom, the center aims to harness the power of the asylum seeker community to help others who may be in a similar situation to Hailie.

“Before we started we didn’t have any place to come together, to even see what the problems are, especially our women," explained Zebib. They never come out of their houses. In our culture, the husbands often don't allow the women to go wherever they want, even for a meeting in a public place where men and women gather together. But as the center is for women only, they feel safe here.”

The domestic abuse group meets weekly, and is quietly beginning to tackle the problems which were previously considered taboo. “The participants come and listen first. They don’t say, ‘I have this problem,’ but rather describe their situation in the third person,” explained Zebib. “When we speak about the solution, everyone gives their opinion, saying ‘it should be like this.’” For these sessions only, men attend with their wives — an important component of the program. “You can tell the women about the rights they have, but you can’t bring about a change if the men are not on board.”

Habtum commutes 2.5 hours every week from southern Israel to assist in the sessions. He said that one of the biggest issues discussed is encouraging women to open their own bank accounts, to give them more financial independence and to help them walk away if things go wrong. Zebib works with women in order to actively encourage them to look out for one another. “As a result of our work, everyone is now aware of the crimes done to women,” said Zebib. “I tell them ‘we shouldn’t just be sad and say this shouldn’t happen — we have to do something.' And they say ‘we’re ready. What can we do?'”

The center also provides workshops on health care and family planning. “The idea is to create community health workers,” explained Robinson. Presently, 15 women are taking part in the training. “Any time a woman has a question on contraception, for example, the health workers could advise her, or escort her to the doctor and find a translator if needed. If a mother is healthy, the whole family is healthy,” said Zebib.

For Hailie and Salom, the situation has also changed. “Now they’re both different people. He’s no longer violent, and she’s opened her own bank account and puts all the money she earns there,” Zebib said. “If anything ever happens, she tells him ‘I can leave at any point. I can live alone, I’m working, I can support myself, no problem.’" Many other cases of abuse, however, remain unknown — many more women need to make themselves heard before a definitive change can take place among the asylum seeker communities, in Israel and around the world.

Inna Lazareva is a British journalist and political analyst specializing in the Middle East and based in Tel Aviv. You can read more of her writing on www.innalazareva.com.