Israel's blockade and Gaza's rising poverty and unemployment are contributing to increased child labor in the Strip, writes Mohammed Suliman. 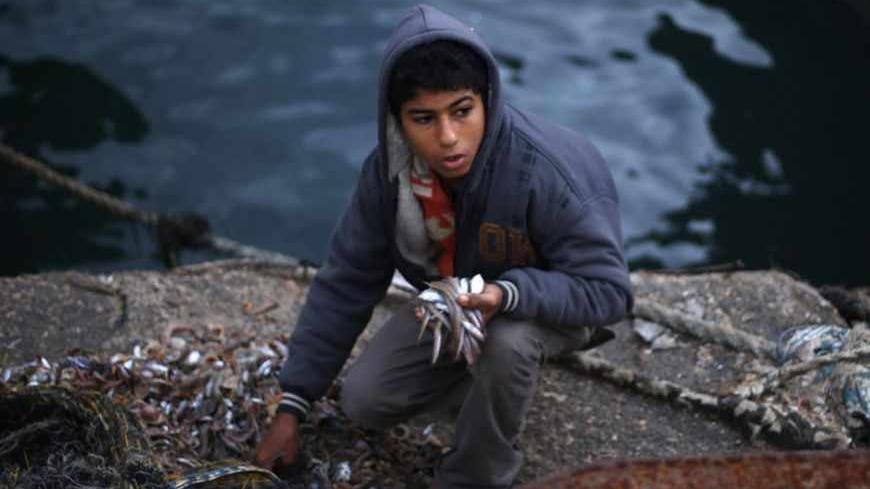 Swiftly dodging the cars on one of Gaza’s busiest roads, two young kids raced their way between cars as they knocked on the cars’ windows and offered the passengers some of their commodities, which consisted of lighters, candy and tissue paper. This scene, which has become pervasive in the streets of the Gaza Strip in recent years, has turned child labor into a rather obvious phenomenon in the densely populated coastal enclave.

Child labor has been on the rise due to growing poverty and unemployment among Gaza’s population, more than 80% of whose families, according to UN reports, depend on humanitarian aid. While it cannot be separated from the political situation and the Israeli occupation, most analysts trace it back to 2006, when Israel started its blockade policy with regards to the civilian population of Gaza.

Back then, tens of thousands of Palestinian laborers who used to work in Israel lost their jobs when the entry of workers from Gaza to Israel was banned. This has significantly contributed to the profound economic crisis which has engulfed the coastal enclave.

Mahmoud Sayegh is a 14-year old street peddler. Sayegh said he left school three years ago since it would be impossible for him and his family to survive if he did not work. He explained that he is willing to do any work to bring home money at the end of the day. Mahmoud, who lives in a family of 12, told Al-Monitor he procures no more than 15 to 20 NIS a day.

“My dad used to work inside Israel and he’s been unemployed for years now. We used to receive food coupons and aid from UNRWA but this has stopped now. I had to leave school and start working on the streets to help my family survive through our daily life,” the 14-year old street peddler said.

Fares Ayyad, 15, is another child laborer who works in a mechanical repair workshop. Similarly, he explains that he had to drop out of school after his dad was laid off following the Israeli ban on entry of Gaza workers into Israel. He believes that school education will not necessarily enhance his future prospects of leading a decent life. He stated:

“My parents do not force me to work. But I am not a good student, and I don’t think studying and having a university certificate will do you good in the future. My brother is a university graduate and he is unemployed. What I want to do is be my own boss; I want to be a mechanic in the future and start my own workshop. Also, I am currently helping my family instead of being a burden on them. I will not go back to school.”

Representatives of Palestinian civil society organizations have consistently stressed the need to make every possible effort to curb the widening tide of this phenomenon. However, very few seem to be directly engaged in addressing the problem.

In an interview with Al-Monitor, psychiatrist Fadel Abu Heen, head of the Gaza-based Community Training and Crisis Management Center, illustrated that although child labor is largely the result of a deteriorating economic situation on the ground, it poses a threat to the social and psychological well-being of young children in the Gaza Strip.

Children’s rights, he added, such as the right to education, the right to play, the right to adequate housing and a decent standard of living should be guaranteed. Children are not expected to take responsibility for themselves and to live the life of grown-ups.

“To take a child out of school and forcibly place him/her out on the street to sell commodities is a violation of their most basic right that should be punishable by law,” he stated.

“Parents’ failure to provide their children with their most basic needs,” the Gaza-based psychiatrist explained, “is what has pushed these children to drop out of schools and leave the private space they should be looking at for a decent life somewhere else, apart from being only a kid, or a school student.”

“They decide to look for work in order to provide themselves and their families with what they need. This generates a sense within them that they are responsible adults who should take responsibility for themselves,” Abu Heen elaborated.

Furthermore, the director of the Local Labor Management Office at Gaza’s Ministry of Labor, Sarriyya Abusamaan, has attributed the problem to rising poverty and unemployment in the coastal enclave.

According to her, the hardships brought about by Israel’s blockade of the Gaza Strip and the high costs of living force children to leave school and join the labor market. In addition, Israel’s military operations in the past few years led to the loss of family members who have been the main breadwinners.

Abusamaan added that Gaza’s Ministry of Labor and the Ministry of Social Affairs are planning different programs which aim at controlling the spread of this problem and reducing the number of child workers on the streets.

For example, Gaza’s Social Affairs Ministry has implemented a special capacity-building program through which children get to receive training in craftsmanship and basic professions such as smithery, carpentry, sewing and dressmaking. These programs, she explained, will encourage children to stay at school and also enhance their prospects of having a decent job if they drop out of their schools.