The land border between Algeria and Morocco remains closed in light of smuggling operations and political disputes, with both sides eagerly awaiting a resolution, writes Kaci Racelma. 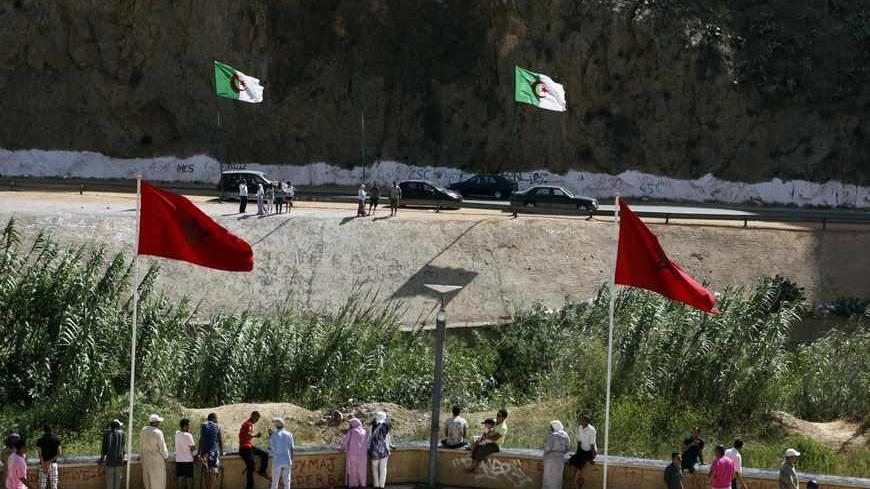 People stand near a border post on the Algerian side of the Morocco-Algeria border in northeast Morocco, July 31, 2011. - REUTERS/Youssef Boudlal

Neighboring lands remain of the same nature despite the borders established by humans. However, Algeria’s relationship with its neighbor Morocco is like no other. On each side of the borderline that stretches some 1,559 km [968 miles], there is one question on everyone’s mind. It is about the opening of the land border, which was closed to all traffic in 1994 following a bombing in Marrakesh. The Moroccan government decided to impose visa requirements on Algerian nationals. Algeria, on the other hand, which was accused of being involved in the incident, decided to retaliate by closing the border with its western neighbor.

Following this incident, relations between the two countries remained strained. This lasted until July 31, 2004, when the Kingdom of Morocco decided that Algerians entering Moroccan territories would no longer be subject to visa requirements. A year later, in 2005, Algeria followed suit and took the same decision. Thousands of people, especially traders who wish to expand their business aspirations, have been demanding the reopening of the land border.

The year 1989, which marked the birth of the Arab Maghreb Union (UMA), has been the most successful phase in the history of the two brotherly countries.

Algerian traders — commonly referred to as "smugglers" — used to get their supplies from the border town of Oujda, which became one the safest economic powerhouses in the Moroccan kingdom. These smugglers would buy all kinds of clothes in high demand in the Algerian market.

"During the 1990s, we entered Morocco very frequently to shop for clothing. The goods sold quickly in the Algerian market and we benefited greatly. With the closure of borders, especially this area, which was truly ours, the situation has completely changed, but the memory remains," said Marzouk K, a former smuggler, speaking to Al-Monitor.

Nevertheless, closing the borders created a sort of dereliction that still prevails in the city, where the regime’s presence has increasingly declined. Attempts at rapprochement between the two countries collapsed every time the issue of the Western Sahara was addressed. Algeria, campaigning for sovereignty over the territory within the framework of international resolutions, was considered by Moroccan officials as a dialogue partner [to solve the issue]. The Algerian authorities, on the other hand, continued to insist that the matter be settled according to UN resolutions.

Soothing statements in this regard were issued by the two capitals, Algiers and Rabat. Nevertheless, a rapprochement between the countries has yet to materialize. The UMA was established on a solid foundation, which was much needed to continue to uphold international institutions. The UMA's fifth conference on economic integration in the regions of the union — which includes Algeria, Libya, Mauritania, Morocco, and Tunisia — was held in Nouakchott, Mauritania, in January 2013. Christine Lagarde, managing director of the International Monetary Fund, attended the meeting and discussed the challenges and changes that the IMF believed are necessary for the consolidation of the UMA. The UMA has never been able to fulfill its plans due to the dispute over the Western Sahara and the deadlock between both sides.

The border between Algeria and Morocco is now the target of drug dealers, who have been taking advantage of the climate of insecurity prevailing in the Sahel region. Morocco has recently renewed its call for reopening the border, which it considers a prerequisite for a more effective fight against the drug trafficking taking place in its territory. Moroccan Interior Minister Mohand Laenser affirmed this position during a press conference at the conclusion of the 15th Conference of Interior Ministers of the Western Mediterranean Countries (CIMO).

This public statement reflects to a large extent the commitment of the Moroccan authorities to the rapprochement between the two countries. It also indicates that Morocco is calling on Algeria to join hands to achieve better functioning of the UMA. In the same vein, Algerian President Abdelaziz Bouteflika declared two years ago in Tlemcen, "There are no problems between Morocco and Algeria. The UN is to deal with the Western Sahara issue. Morocco is a neighboring and brotherly country." This statement is further proof of the Algerians' commitment to the UN resolutions on this matter.

An official date for reopening the land border, sought after by both sides, has yet to be indicated by Algerian authorities. Algeria does not reject this step, which has been keeping both countries in a state of uncertainty.