Davutoglu Invokes Ottomanism As a New Order for Mideast

Turkish Foreign Minister Ahmet Davutoglu's suggestion of an Ottoman model for a new Middle East order is likely a misreading of regional politics that could prove hard for Turkey to back away from, writes Tulin Daloglu. 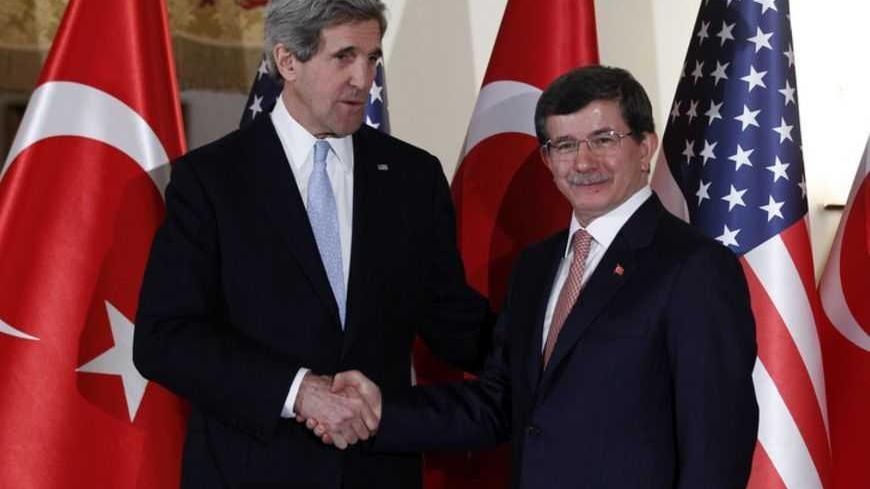 Speaking of the international order or lack thereof has always been controversial. For Turkey to challenge the international order, however, carries some real risks — simply because it’s a NATO member country, and its objections raise questions as to whether it’s proposing an alternative foreign policy to this military bloc’s generally perceived worldview, and if so, whether it is diverging in its perception of security issues from the rest. NATO is also the most significant alliance Turkey has, anchoring it in the West.

The ongoing criticism that comes out of Ankara to the international order is not news. The Erdogan government has been vocally asking for the enlargement of the UN Security Council, especially since the Russian and Chinese veto power has been presented as the main stumbling block before the international community to establish no-fly zones in the war-torn Syrian battlefield for the past two years.

As setting a no-fly zone literally means for the international community to decide to go to war against Syria — since they need to knock down all the radar systems to do that, Ankara therefore has also been rallying for war against the Assad regime. While Turkey's initiatives on that were not realized, NATO responded positively to Turkey’s request to install Patriot missiles on its territory as a precaution against an escalation of the Syrian fighting into Turkey. Yet Ankara has been tirelessly complaining about the lack of the international community’s moral obligation to Syrians, while being dreadfully dependent on it, maybe more than ever, for the protection of its eastern borders — not only with the Assad regime, but potentially with Iraq and Iran as well. And not that all this cooperation has to be about military engagement, but Ankara needs the political support of the countries that it criticizes to keep things under control and to its benefit.

The reason for this entire introduction is simply this: It’s more than likely now than ever that Ankara has been misreading the current developments in its neighborhood, and the making of the new world order.

Like Henry Kissenger, Ahmet Davutoglu, the Turkish Foreign Minister, is also coming from academia — but it’s very likely that he is finding it way too difficult to admit that his academic theories actually has not been practically working on the ground — yet he keeps on dwelling in the same direction without any hope.  Kissinger, a former secretary of state, was more practical in that sense.

Take Davutoglu’s recent remarks on two consecutive days, March 3 and 4 — as an example. First he claims that Turkey for the first time has finally been back to the lands that were lost during the Ottoman times, and he suggests that it’s time for Turkey to take the lead to set an order for these lands and re-connect them once again — “Without going to war, we will again tie Sarajevo to Damascus, Benghazi to Erzurum and to Batumi.”

Before continuing with his following remarks though, two quick observations need to be made. First, there is nothing against these cities or countries to feel against being connected to one another. The world is a village, and who ever likes to join hands and work together may do that. Therefore, his remarks as such invite questions as to whether he is proposing an alternative foreign policy, and what that means exactly. Second of all, it may not be the place of Turkey's foreign minister to suggest that Sarajevo to be tied to Damascus — especially at a time like this, when Syria is drowning in an unfortunate civil war, one needs to wonder as to what the people of Sarajevo think about such a proposal!

But, let’s not linger on that point and get lost in the conversation. After all, Davutoglu is wondering why people use an accusatory rhetoric, as if his policy suggestions mean to suggest the refurbishment of Ottoman era.

Here is why in his own words: “Last century was only a parenthesis for us. We will close that parenthesis. We will do so without going to war, or calling anyone an enemy, without being disrespectful to any border, we will again tie Sarajevo to Damascus, Benghazi to Erzurum to Batumi. This is the core of our power,” he said. “These may look like all different countries to you, but Yemen and Skopje were part of the same country 110 years ago, or Erzurum and Benghazi. When we say this, they call it 'new Ottomanism.' The ones who united the whole Europe don’t become new Romans, but the ones who unite the Middle East geography are called as new Ottomanists. It’s an honor to be reminded with the names of Ottomans, Seljuks, Artuklu or Eyyubi, but we have never or will ever have our eye on anyone’s land based on a historic background.”

On March 4, Davutoglu continued with his remarks: “The people who lived together throughout the history in this region were torn apart from each other in the last century; they grew distant from each other. Turkey was the central country at the time when borders were diminished, geography was divided, and economic spheres were separated. As if these are not enough, a new seed of division started to be planted in our country.”

This new seed Davutoglu is referring to is the Kurdish nationalism that seeks some form of autonomy or recognition. He calls on everyone to grasp the importance of the moment, and be alert for those who might attempt to prevent Turkey from growing stronger as a country that has solved its Kurdish problem.

“This current labor pain is the pain of gaining back that old historical nature. We have to get our act together both domestically and abroad. Surely, we have to first cure our own problem,” he says. “It’s time to think big. When I was an academician, I used to observe this country feeling scared of communism during winter, and division [of its land] during summer [i.e., creation of a Turkish Kurdistan]. It’s now time to solve our own problem. If this gets delayed, the traumas from the outside will inevitably play a negative impact on us, and that it will be likely that the opposite may also happen.”

“What I have observed in foreign policy practice is that if you have a right reading, and presented a firm position, you may receive criticism in the first place, but you will get results in the mid- and long-term. What is important is to stand firm there. If you are confident of your policy, you should not give any concessions. What is important is not to be indecisive at a critical, decision-making moment.”

Fair enough, but Turkey has not accomplished anything solid with Davutoglu’s policy except strengthening its trade ties with the Arab Muslim countries. That said, Europe still remains Turkey’s major trading partner. Yet for things where Turkey has put its political capital on the line in the region — whether siding with Hamas against Israel, or rallying the international community to use military force to end the Assad regime in Syria, it has not scored anything concrete to show as a Turkish victory. In that perspective, one has to ask — what happens if Davutoglu’s policies are actually wrong, and that his insistence on wrong policies exposes Turkey to new and unprecedented threats? Who would actually bear the responsibility for that?

May he be humble enough to understand that he, or anyone else for that matter, won’t be able to bear the responsibility for it all when things get rough.

It’s time for the Erdogan government to listen to the critics of its policies, and at the very least begin toning down these arrogant suggestions that Turkey be the core country for setting a new order for those once-Ottoman lands.

That said, it may already be too late for Turkey to take a new direction.