President Barack Obama's visit will not revolve around peace but around war, argues Ben Caspit, as the US president comes to synchronize the atomic clocks on Iran. 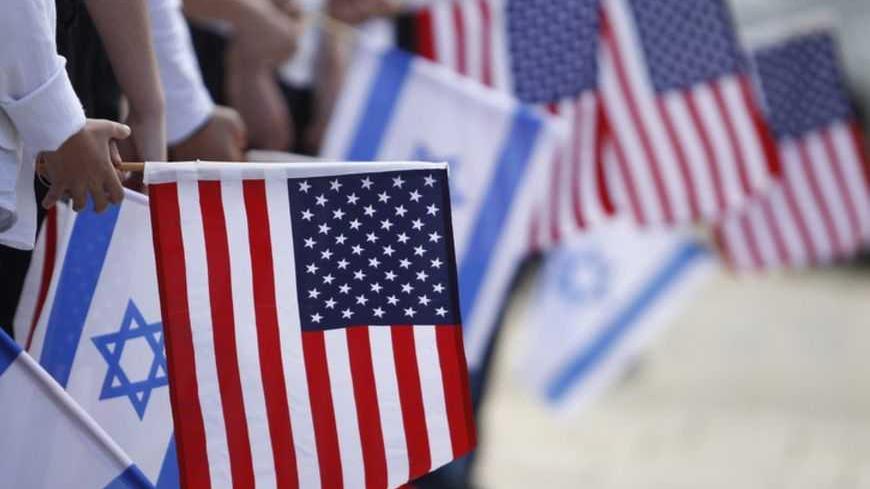 On the eve of President Barack Obama’s arrival in Jerusalem [on March 20], the agenda for the visit may already be set down: Would it prominently feature a Middle East peace plan? No, thank you, not at this point in time.

As recently reported, Obama intends to let the parties to the conflict stew themselves over it, to give the Europeans an opportunity to do the job for him and exert pressure on the parties, and to allow US Secretary of State John Kerry to outline the policy. Obama is expected to explain to Israeli Prime Minister Benjamin Netanyahu that the continued status quo would be to the detriment of Israel, and to give voice to his own ideas on the issue (two states for two peoples). However, no operative steps are likely to be taken at this stage. The visit has been described as designed “to deliver a message to the Israeli public” and “to strengthen the alliance between the two nations” — all those worn-out clichés, plus one really important task: Obama will try to bring down the wall of suspicion alienating him from the average Israeli, to capture the hearts of the Israelis (which wouldn’t be too hard to do — you can ask former  President Bill Clinton) and to build mutual trust.

Be that as it may, all of the above said is of marginal significance: The upcoming state visit will not revolve around peace, but rather center upon war. The really important parts of the visit are going to be those in which Netanyahu and Obama will sit down together to discuss Syria and Iran in closed meetings with contracted security teams.

As to Syria, Israel and the United States hold identical positions. All they have to do now is to agree on the technical matters. In Jerusalem, as well as in Washington, it has been concluded lately that the “post-Assad” era is already here. Indeed, the security establishments of Israel and the United States stick to their narrative, notwithstanding that the Syrian president is still alive, kicking and fighting, and that the situation is far from being clear, and even though the sides are hopelessly trapped in a bloody and frustrating deadlock that seems unlikely to be resolved soon.

The Americans are involved up to their necks in training, funding and arming the various rebel groups fighting against Assad. However, it was not an easy decision, lightly made. Realizing that it would be best for them to be present there, amid the chaos, so as to secure a foothold and ensure their influence on the scene the day after, the Americans eventually decided to enter the fray. It is believed in both the United States and Israel that given the circumstances, getting involved is preferable to staying out of the game.

The question to be discussed during Obama’s visit to Jerusalem is how to do it without endangering Western interests in the region and without putting Israel at risk; how to equip the rebels with weapons, while making sure that these weapons will not be subsequently directed south [against Israel]. Incidentally, experience shows that there is no way to square the circle. The case of the mujahedeen in Afghanistan, who are still draining the blood of the West to this very day, aptly demonstrates it. Those supplying Islamist insurgents with weapons can never tell when these weapons will boomerang against them. Besides, there is the issue of the chemical arsenals — a highly complex and hazard-laden security challenge, with a vast potential for a regional flare-up, regarding which Israel and the United States should also formulate a joint strategy.

In any event, as expected, the Iranian issue is bound to occupy center stage during the American president’s visit to Israel. In principle, Obama wants to buy time. This is the purpose of his visit. He wants to make sure that Israel will give him a year of quiet, free of any background noise or other interference. Overall, the two countries are almost completely aligned on all the data and conditions in the Iranian affair. The intelligence organizations of both countries have coordinated positions and there is virtually no difference of opinion between them. When Obama stated in an interview with Israeli TV’s Channel 2 [on March 14] that Iran would be able to use its nuclear capability within a year, he took no one by surprise, either in Jerusalem or in Tel Aviv.

The schedule is the same here and there. The difference lies in the type of clock setting the time here and there. The American clock is big and slow moving, while the Israeli clock is small and fast ticking. This is due to the differences between the two countries themselves. The United States can do things that Israel is simply unable to carry out. The American red line is drawn far beyond the Israeli red line (which has already been crossed). And finally, America can afford to wait until the very last minute before acting militarily, whereas Israel cannot.

And here lies the crux of the matter: If Netanyahu decides to grant Obama his request (not that he has any other choice) and allow the United States the year of quiet it is asking for, the Israeli prime minister will actually become a hostage of the American president. Netanyahu will then have to rely on Obama’s word, as in a few months, Israel will no longer be in a position to launch an operation against Iran. The job will then be too big for Israel to handle on its own. The Iranian nuclear program will become by then irreversibly immune to any Israeli capabilities. Thus, what Obama will have to obtain in Jerusalem in the coming days is trust. And not only the trust of the Israeli public, but also the trust of its leadership, in general, and the top security echelon, in particular. Outgoing Israeli Defense Minister Ehud Barak is not in office any more. He has been replaced by Moshe (Bogie) Ya'alon, so that in this case, the task should not be too difficult. Ya'alon is devoid of tricks and intrigues. He reasons in a straightforward and logical way. The problem is inherent in Netanyahu. The prime minister of Israel does not have too many choices. The cabinet he is setting up in Jerusalem these days may well allow him to pass a resolution for action in Iran. However, at this stage, such action would cause more harm than good. Netanyahu understands all this perfectly well.

Now, let's discuss for a minute US Vice President Joe Biden and what he said in his address to the AIPAC Conference on March 4. Biden said that Israel could not afford to make mistakes on the Iranian issue, noting that unlike America, Israel was liable to pay dearly for any mistake it made.

The majority of commentators interpreted these statements of Biden as a glaring red-light warning against an Israeli operation in Iran. Former IDF Intelligence Branch chief Maj. Gen. (res.) Amos Yadlin said a few days later that Biden’s statements could be seen in a completely different light. According to the reverse interpretation suggested by Yadlin, it was actually a subdued red light that Biden used to deliver his message, and he may have even lit a green light — a weak, flickering light, but nonetheless clearly pointing.

Given this interpretation, Biden’s statements should be understood as meaning that Israel will ultimately have to decide for itself whether to take action against Iran, since it is an existential matter of the utmost importance for Israel. The conflicting interpretations prompted a senior Israeli official in Washington to appeal to one of Biden’s aides, one of those who had gone through Biden’s AIPAC speech, asking for clarification.

The answer received was clear-cut: The man refused to enlarge on the issue or to clarify the statements made by Biden, but he did agree to note that no red light was flashed by Biden. Absolutely not. In fact, [he said], Biden had officially acknowledged the Israeli clock and its constraints, and publicly stated that due to its complex situation, Israel had no room for maneuver nor any margin for error — it just could not afford the luxury of either of the two.

Once he arrives in Jerusalem, Obama will try to adapt the US timetable to that of Israel, synchronize the Israeli and American clocks, and allay the Israeli fears of a last-minute desertion by the United States. Netanyahu, for his part, will make it clear to Obama that the diplomatic endeavor has run its course, that a whole year of negotiations between the powers and Iran has now passed by, during which the Iranians did not budge even an inch from their positions, while the powers met them more than half way. The Iranians have got used to the sanctions, Netanyahu will tell Obama; the Iranian rial is already strengthening anew; and, the Iranians are sticking out their tongue at the entire world and not taking seriously its threats. Our main problem, Netanyahu will point out, is the credibility of the American military option. They simply do not believe that you are capable of doing it or prepared to go ahead with it [Netanyahu will further tell Obama], and as long as they fail to realize that it is for real, no progress in the negotiations with the Iranians may be expected.

In return for the required Israeli quiet, Netanyahu will demand a more outspoken and determined stance on the part of official Washington. That is, some real, tangible steps — operation commands issued to aircraft carriers, leaked reports on military maneuvers and plans, firm declarations. Such measures may enhance the credibility of the military option and reassure us [Israelis], Bibi [Netanyahu] is going to tell Obama.

The message delivered by Obama will be straightforward: Come on, Bibi, relax. We are standing by your side; we've got your back and we're not bluffing. The question is whether Netanyahu will believe Obama’s reassuring words, and whether the two leaders, Obama and Netanyahu, can still believe each other. The most interesting part of the conversation between them will be that in which Netanyahu asks Obama what is going to happen in the summer, once it becomes finally clear that there is no diplomatic option.

Tell me about your action plan, Bibi will ask of Obama. Will Obama comply and tell? He will most probably do so. Will Netanyahu calm down? Most likely, he will not be reassured. Anyway, it's going to be a hot summer in Israel, as it always is.