Palestinians are tired of being fooled, and want President Barack Obama to press Israel on its illegal settlements, Daoud Kuttab writes. 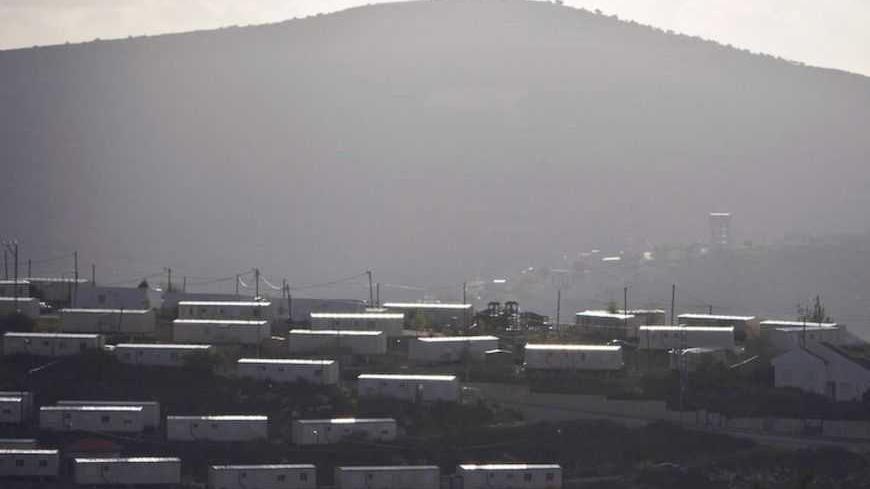 One thing is clear before, during and after the visit of President Barack Obama to the region: When it comes to the issue of Jewish settlements in Palestine, it is all a game.

A few weeks before the visit of the US president, Israelis were rushing to build as many housing units as possible because they were worried that Prime Minister Benjamin Netanyahu will agree to some kind of freeze. Israeli media was full of statements alluding to the ‘demand’ that Netanyahu has made not to be embarrassed during the Obama visit. The articles spoke about what happened a few years earlier when Vice President Joe Biden was welcomed with an announcement about new Jewish settlements in Jerusalem.

The media was also welcomed to film the dismantling of six outposts in the Ramallah area. Why the Ramallah area? Is it because the President is planning to visit the Palestinian town? For readers unfamiliar with these “outposts”, it is important to note that these outposts are housing units built on Palestinian lands not only in violation of international law — as all settlements are — but in violation of Israeli law. It is unclear how many outposts exist, but some reports note that there are as many as 100. Some of those have been destroyed, some have been legalized, and others were destroyed, but rebuilt again a few meters away from where the old ones existed.

The defacto freeze for a couple days coupled with the exhibitionist destruction of a few outposts is nothing more than a game. No need to look any further than the biographies of the new cabinet ministers and the deputy head of Knesset to realize that Israel has just voted in one of the most pro-settlement governments in its history. The third biggest party in government, the far-right Jewish Home — whose representatives will run the Ministry of Housing — ran on a platform that calls for the annexation of 60% of the West Bank to Israel.

Even days before the arrival of  Obama, the newly sworn in housing minister didn’t mince his words. Reuters news agency quoted Housing Minister Uri Ariel, a Jewish settler and member of the pro-settler party that "building will continue in accordance with what the government's policy has been thus far." Ariel told Israel's Channel 10 television that the government will build settlements “more or less as it has done previously. I see no reason to change it."

Palestinians and the international community have so far failed miserably to find a way to put a stop to the Israeli lust for Palestinian land, using it to build and transfer Jewish settlers to it.

International humanitarian law considers all these acts of any occupying power illegal. The Fourth Geneva Convention clearly and unambiguously considers settlement building and settlers from an occupying power moving into occupied territories a violation of international law. The International Court at the Hague in 2005 reiterated this illegality while giving a legal advisory decision about the Israeli wall built deep in all Palestinian territories occupied in 1967.

Israel’s games are not restricted to a cessation of ‘announcements’ or the destruction of a few outposts. Over the years, Israel has succeeded in convincing the world media to differentiate between settlements in Jerusalem (which Israeli illegally annexed) and settlements in the rest of the West Bank.

The second game Israelis play is the idea that life goes on for settlers and, therefore, somehow natural growth should be permitted in existing settlements. This game is cleverly used to expand settlements by building new units far apart on the excuse of natural growth and once these units become ‘facts on the ground’, the process of building within these new units becomes a much easier act.

Israelis have regularly argued that the best way to stop settlement activities is to bring peace. Israeli President Shimon Peres said this to a group of Palestinian journalists soon after the signing of the Oslo Accords. This was just another part of the game. Since Oslo, Israeli settlers and settlements have more than doubled. Except for short-term slowdowns, Israel has not ceased its illegal activities since its occupation of Palestinian lands in 1967.

When Obama meets with his Israeli counterparts, many Palestinians are hoping that he will not be fooled by Israeli cosmetics and tricks, and make it clear that such ‘games’ will no longer be tolerated.  Palestinian leaders who signed the 1993 Oslo Accords have been constantly criticized for not insisting then on a total and absolute settlement freeze with ironclad guarantees. Today’s Palestinian public will not tolerate anything less.