Islamic Jihad's leader in Gaza, Khader Habib, confirms to Abeer Ayyoub that his faction intends to run for the first time in Palestinian National Council elections. 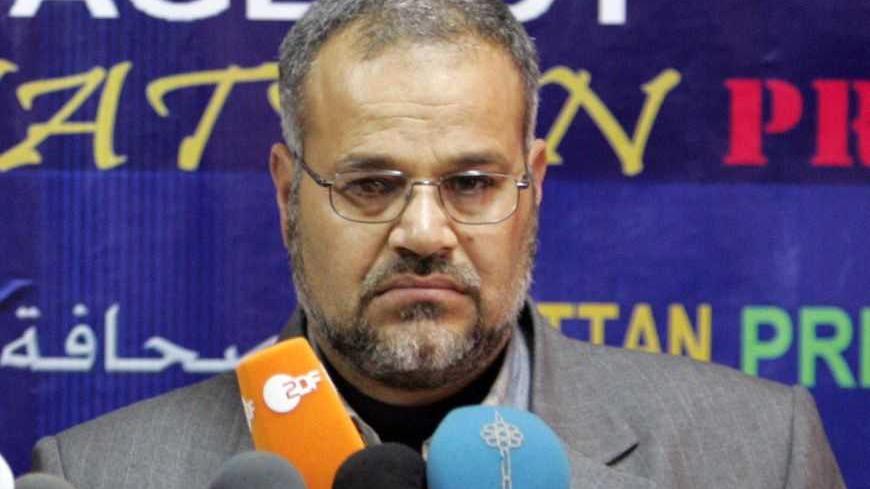 Islamic Jihad has decided, for the first time, to run in the elections of the Palestinian National Council, the PLO’s parliament representing Palestinians at home and in the diaspora.

Islamic Jihad made the decision despite no final agreement on elections, which is dependent on a reconciliation deal that’s currently stalling between Hamas and Fatah.

Islamic Jihad’s Gaza-based leader Khader Habib told Al-Monitor that his faction decided to run for elections as it aims to be part of the PLO as a national reference for all Palestinians.

“Our participation in the National Council elections is conditioned on repairing the PLO, which has been deformed by the Palestinian Authority's so-called peace process with Israel,” Habib said.

The decision introduces a change in the radical movement's approach towards political life. However, Habib said they are still boycotting the parliament — the Palestinian Legislative Council — and presidential elections as they are related to the PA, which was created by the 1993 Oslo Accords and involved mutual recognition between Israel and the PLO.

“We consider Oslo as a catastrophe that harmed Palestinians. Consequently, we are boycotting all of what it came up with,” Habib said.

Analysts agree that Islamic Jihad's decision is not contradictory as the PLO serves as an umbrella uniting all Palestinian people, while the PA and its institutions were brought by Oslo Accords.

Talal Okal, the Gaza-based analyst, said that he is not surprised by Islamic Jihad's new approach, and that it’s a positive step for the Islamic movement to seek participation in the PLO.

“Elections don’t seem to be imminent. It’s good for Islamic Jihad to prove it’s interested in both: implementing the long-awaited national reconciliation and being a part of the PLO,” Okal told Al-Monitor.

Although Islamic Jihad is not expected to make huge gains if it runs in the elections, the step itself will enhance the faction’s political profile. In terms of popularity, Islamic Jihad falls behind the two mainstream factions of Fatah and Hamas.

“Islamic Jihad's decision has more to do with promoting its support for national unity, democracy and reactivating the PLO, rather than getting a big number of seats in the National Council,” Okal explained.

Founded in late 1970s, the group has focused its activities in fighting Israel and its occupation in the Gaza Strip and the West Bank. The movement has also been held responsible for several suicide bombings in Israel.

Unlike its larger Islamic contemporary in Hamas, Islamic Jihad remained devoted to fighting and avoided pursuing a political path. The movement did not run in the 2006 parliamentary elections, in which Hamas won a landslide victory.

But Habib argues that he expects his faction to ride high at the ballot box, refuting talk that Islamic Jihad won’t have a large number of seats due to its weak popularity.

“We are very confident that we will have a chance in the National Council. We trust our supporters,” he said.

A source in the Palestinian Central Elections Commission in Gaza, who spoke on the condition of anonymity, told Al-Monitor that out of the 891, 000 eligible voters, an estimated 4% are expected to vote for Islamic Jihad.

Responding to news that the decision to run for elections caused an internal split among Islamic Jihad leaders, Habib said that the majority of the movement’s members are in favor.

“We don’t deny that some in the faction have a different point of view, but we confirm that the majority are with it,” he said.

Habib also dismissed speculation on his own candidacy in running for a seat, instead focusing on the need to call for elections first.

“It’s too early to talk about the candidates when there are no positive indicators for a close agreement on elections,” Habib noted.

Islamic Jihad captured some attention recently with its noticeable improvements in its combat operations against Israel in November 2012, as well as its prisoners participating in high-profile hunger strikes in Israeli jails.

The movement is thus feeling confident enough to take on the more popular Fatah and Hamas, and wants to test its support at the ballot box.

“Of course, our advanced performance in the last war will increase our supporters in the elections, no doubt,” Habib said.