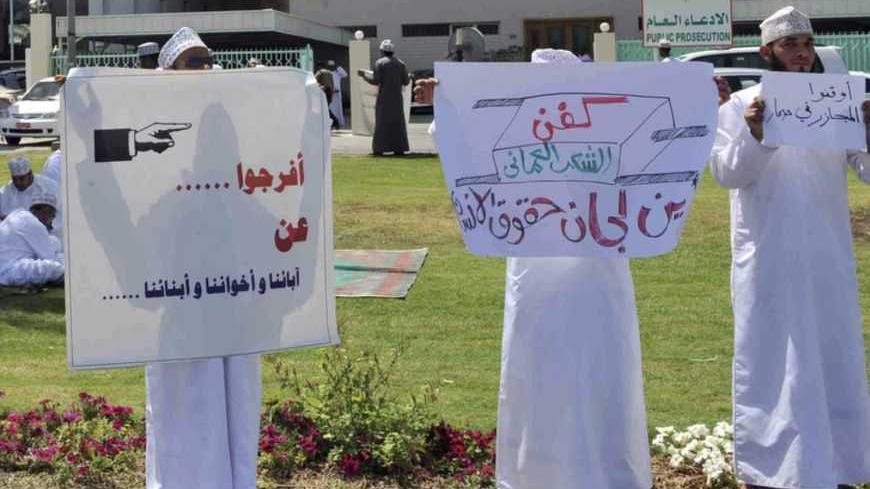 Over the last few months, several Omani government officials have been questioned over accusations of abusing power or embezzlement of public funds.  The list includes former ministers, former undersecretaries and some senior officials who are still in office. Court procedures, still ongoing, are being closely watched by the public with anticipation and great expectations. The outcome of these court procedures will set precedence and bolster the much talked-about Rule of Law "if and only if the accused were convicted and properly sentenced." This comment, fraught with contradiction, reflects lessons learned from the past 40 years of governance in Oman and a new vision. This trend came at the awakening of the 2011 Omani spring, which brought in a new perspective toward transparency and anti-corruption measures in the Sultanate of Oman.

Holders of public offices in Oman often felt in the past that they were shielded from public scrutiny or legal prosecution. This false feeling was synthesized by a lack of retribution, where culprits of corruption were left untouched or, even worse, in some cases seemed to have been rewarded, which made them the new "role models" of success. These "role models" encouraged further corruption and created a rupture in confidence and trust between the administration and people. This consequently led to a growing sense of apathy toward public funds and expediency. In turn, corruption became rampant among government officials, both senior and junior. The situation was further compounded with more "role models" being created and rewarded.

However, this no longer seems to be the case. The State Audit Institution (renamed State Financial and Administrative Audit Institution), as mandated by the 2011 events and its new law and organizational structure promulgated in 2012, has been very active in identifying white collar crimes and presenting them to the Office of Prosecutor General as evidence of unlawful transactions. The list includes allocation of very large plots of lands in several strategic locations to undeserving or unworthy recipients, changing the land zoning and use in the process.  The list also includes stealing from the public "till" and amending public records to cover the misappropriation of public funds. Not all details have been announced by the press, however, all are receiving public hearings. Details of such violations are becoming more accessible if not available.

Under the new law, the State Audit’s expanded remit includes the financial and administrative audit. It also includes presenting evidence to the Prosecutor General Office, which in effect represents the public and initiates legal prosecution for crimes committed against public interests or funds, whether the culprits are ordinary citizens or government officials. This covers all government officials as well as officers and directors in government-owned companies or where the government owns a minimum of 40% of the company’s shares. Also, under the new law, these government officials, including formerly exempted ministers, are required by law to file a form declaring their assets and wealth. Though this is the first time they are obliged by law to report such data, which was deemed, until 2011 Omani Spring, very personal and privileged information, they are required by law now to have the declaration filed in on an annual basis. Moreover, this whole process is kept under public scrutiny which keeps track of all development, thanks to social media and smart phones. It is worth noting here that according to last year’s amendments to the Basic Law of the State, the State Audit is obliged by law to present a copy of its annual report of findings to the Majlis Shura (the elected chamber of the bi-cameral council of Oman), which in turn will debate and discuss it publicly.

The influence of the Arab/Omani spring cannot go unnoticed in this context. In 1983, Oman promulgated its first consolidated law on avoiding conflict of interest and protecting public funds. However, the law was never effectively put to use. In fact, a major embezzlement scandal emerged shortly after, in 1985. The high-level personnel involved were simply removed from office and left to enjoy their accumulated wealth. This was not the first or last time such treatment took place vis-à-vis high-level officials misappropriating public funds.

Conflict of interest became a very hot issue once again upon the promulgation of the Basic Law of the State in 1996. However, it was soon to wither away. What became evident to the populace is that such laws are often ignored. What people were made to believe is that these laws lacked political will and that they were made for public consumption only and not for real implementation. People even joked about the resilience of established commercial interests cross-fertilized with vested political interests.

This move of the State Audit must be read in tandem with the spirit of the Arab/Omani spring of 2011, which was largely ignited by economic disparity fueled by blatantly rising levels of corruption and its manifestations across the board. Calls during the 2011 sit-ins and subsequent public discussions focused on reforms curbing the rising corruption and prosecuting the responsible public officials. Evidence and examples of corruption and the means to discover and curb such behavior were the subject of public discourse, lectures and discussions.

Information and Communications Technology (ICT) and social media have helped promote this knowledge and discourse. The citizenry found in the ICT and social media an avenue to get information on officials and transactions and to report violations and evidence of such violations. In fact, the State Audit has developed an electronic system whereby members of the public can report directly incidence of white collar crimes. The system is not perfect yet, but has proven to have had a good impact on government transparency and public accountability.

A significant outcome of this trend will be, hopefully, greater confidence in the reforms embarked upon after the 2011 unrests, which in due course might restore faith in the aging absolute monarchical system.

Ahmed Ali M. al-Mukhaini is an independent researcher in political developments, human rights and dialogue, and the former assistant secretary-general for the Shura Council in Oman.