How Much Real Progress Did Obama Make in Israel?

The positive impression US President Barack Obama left in Israel will not last long in a Middle East where goodwill is never enough, warns Nadav Perry. 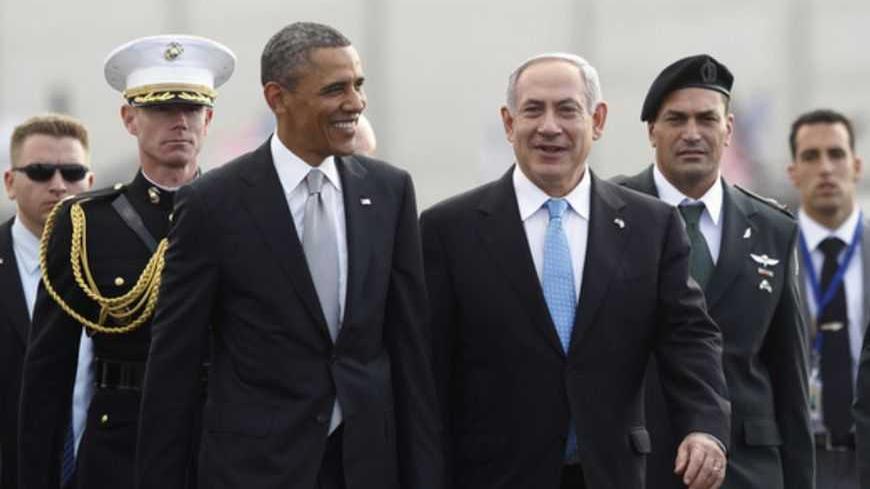 It’s impossible to mistake the feeling of optimism that US President Barack Obama left behind as he boarded Air Force One. By the end of his fifty-hour visit to Israel and the Palestinian Authority, it was quite tangible. All anyone had to do was to watch his lengthy handshake with Prime Minister Benjamin Netanyahu, just seconds before he left.

While it is certainly true that there were other, more dramatic physical gestures made during the course of his visit (the countless times Obama hugged President Shimon Peres and his unforgettable stroll with Netanyahu when they both removed their jackets and slung them over their shoulders are two examples that immediately come to mind).

But it seems like that handshake at the airport really reflected the sense of satisfaction that people felt at the end of the president’s visit. It was a long, warm handshake; it looked genuinely heartfelt. It almost seemed as if the prime minister wanted to keep clutching the president’s hand, as if to assure him that, “I’ll surprise you yet. From now on everything is about to change. You’ll see.” People with longer memories might remember a similar scene, when Netanyahu and former Palestinian Chairman Yasser Arafat shared another warm and gracious handshake. That happened immediately after the urgent White House summit organized by Bill Clinton in September 1996, after the Western Wall Tunnel riots. Then, too, there was a feeling in the air that Netanyahu and Arafat were opening a new chapter in their relationship.

Air Force One hadn’t even left Israeli airspace when we heard the announcement that Israel and Turkey had reconciled. After so many years of missed opportunities and everyone dragging their feet, there’s a spirit of goodwill emanating from Jerusalem. After all, the prime minister agreed to apologize to his Turkish colleague, even though he had refused to do so for the past three years. A statement by the former foreign minister Avigdor Liberman (who is still embroiled in his court battle but may yet return to the post) condemning the apology only underscored the situation that Benjamin Netanyahu now faces. Faced with both Liberman’s defiant refusal to even consider an apology and Obama’s optimistic vision, Netanyahu is currently much closer to the latter.

And yet, despite all of the above — after the smiles, the hugs and that warm handshake, and even after his reconciliation with Ankara — what we witnessed may have been an illusion. During his many long years as prime minister, Netanyahu has managed to fool quite a few people who were convinced that he intended to pursue far-reaching diplomatic initiatives. In the end, he let them down. That’s what happened in the 1990s, at the start of his first term in office. Then-American President Bill Clinton and then-Egyptian President Hosni Mubarak were both under the impression that he intended to take huge steps forward, but they were disappointed. The same thing happened during his second term, when President Shimon Peres was sent to meet with world leaders, bringing them a much more toned-down message and promises for big surprises down the road. It always ended in disappointment.

Netanyahu is, first and foremost, a master maneuverer. He straddles the boundary between maintaining the current state of stagnation and the international constraints that are imposed on him every now and then. In the end, however, the man is a conservative. He has absolutely no interest in far-reaching initiatives or in taking risks. A careful assessment of his activity as prime minister over the years shows that behind every significant diplomatic initiative he ever took was some form of international, meaning American, pressure. That’s what happened during his first term, when he transferred security control over Hebron to the Palestinians and signed the Wye River Memorandum (which he never implemented). This also happened during his second term, when he declared his willingness to accept the principle of a two-state solution and to freeze construction in the settlements for 10 months. He never initiated anything himself. Almost everything he did was forced upon him.

All this leads to one important question: How much will all the goodwill that the US president brought with him to the region grow, once he is back in the Oval Office in far-off Washington?

Uri Ariel, the Minister of Housing and Construction in Netanyahu’s new government (and the man who stood shaking hands with Obama during the reception ceremony and demanded that he release Israeli spy Jonathan Pollard), is the unchallenged leader of the settlers in the current Israeli government. In the past he served as secretary-general of the Yesha Council (the umbrella organization for all the settlements), and he spent the past decade serving as their long arm in the Knesset. As of last week, this is the person responsible for all construction in Israel. The way things now stand, no decision, whether formal or informal, to freeze construction in the settlements can be made without his cooperation.

The chances of Ariel taking part in a settlement freeze are about the same as those of Obama openly advocating a freeze on new construction in Chicago.

As sad as it may be, Middle Eastern inertia is stronger than just about everything, including the incredible charisma of Barack Obama. We’ll forget about the applause that the president received from the Israelis who heard his speech, and we will recall the reality on the ground instead. As usual, Palestinian Chairman Abu Mazen will demand that any progress in negotiations be tied to a freeze on construction in the settlements. As usual, Netanyahu will have a hard time providing the goods, even if he wants to. While the relationship with Obama may not return to the low point it once reached, it also looks like it will not reach the heights that Obama would like to achieve.