As Shiite, Sunni and Christian considerations threaten to disrupt and even cancel the Lebanese elections scheduled for this summer, Jean Aziz outlines the three potential paths developments could take in the near future. 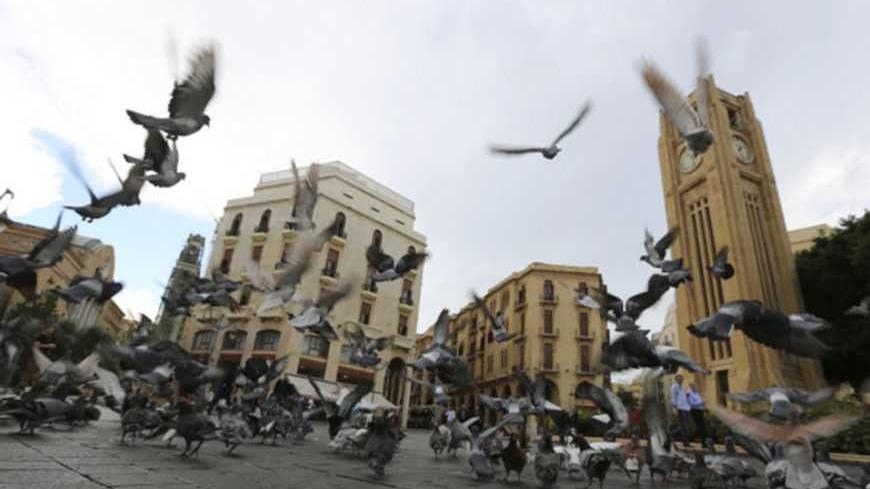 Following months of failure by Lebanese government and opposition political forces to agree on a new electoral law, the three officials constitutionally responsible for the holding of elections took it upon themselves to enforce the currently applicable law, under which the last Lebanese legislative elections were held in 2009. To that end, the interior minister submitted a decree calling for elections to be held on June 9, which Lebanese Prime Minister Najib Mikati and President Michel Suleiman signed.

According to the timeframes defined by this law, which a large portion of Lebanese reject, the window for submitting candidatures begins 90 days prior to elections, and remains open for 30 days — in this case beginning on Monday, March 11. Yet, these developments do not mean that the elections will be held. For many obstacles still prevent them from occurring; be they legal, political, or practical. Legally, elections still necessitate two actions: the first is the formation of an independent supervisory body that would oversee the elections, as stipulated in the current law. The second necessitates that the cabinet approve the disbursement of a financial advance to the interior ministry, which is responsible for organizing the elections.

It is obvious that the majority in Mikati’s cabinet, composed of an alliance between Christian political parties led by Gen. Michel Aoun and Shiite forces, alongside a Sunni and Druze minority, refuse to endorse these two steps, thus preventing the holding of elections under the old contentious law. In return, this faction’s opponents are trying to come to a compromise position between that of former Prime Minister Saad Hariri, his Christian allies, and the leader of the Druze minority, Walid Jumblatt, in order to prevent parliament from achieving the legally required quorum to hold a legislative session that would ratify the new electoral law, demanded by the cabinet’s majority.

It has thus become clear that Lebanon’s opposing factions have achieved a mutual veto capability, whereby the opposition is able to prevent the ratification of a new law, while the majority is able to prevent the holding of elections under the old law. In view of this impasse, three different scenarios arise:

According to the first, some believe that this tension-filled situation is simply an effective way to put pressure on the two opposing factions in order to push them towards a compromise solution, based upon the notion that neither side is willing to drive the confrontation to the point of conflagration. Furthermore, the international stance, especially that of western countries, has begun to favor the imposition of a legal compromise, to be followed by legislative elections, and then the formation of a coalition government, which would guarantee Lebanon’s fragile stability.

The second scenario is different and based on the premise that external pressure is no longer able to impose solutions on Beirut. This view is evidenced by many previous instances when westerners, to no avail, attempted to prevent Lebanon from falling into similar crises and constitutional voids; be it in 1988 or 2008. Those espousing this second point of view think that Lebanon has already become incapable of holding legislative elections and is inevitably headed towards a parliamentary vacuum on June 20, the last day of the current parliament’s mandate.

Even Prime Minister Mikati told me, in his office at the Grand Serail a few days ago, that he thought that neither political faction wanted elections to be held. The Lebanese opposition prefers that they be postponed until favorable developments occur in the Syrian crisis, such as its long standing two year old wager that Syrian President Bashar al-Assad be expeditiously overthrown, which would result in its grasp firmly tightening upon Damascus and Beirut alike.

The majority, on the other hand, prefers that elections not be held according to the old law, which does not guarantee proper representation and would cause it to lose its majority; therefore helping to ensure that the current government remains. It should be noted here that in 2009, the Hariri camp won a parliamentary majority of 71 seats out of 128, despite the fact that their opponents garnered 140,000 more votes out of the 2 million Lebanese voters who participated in the elections. Mikati therefore acknowledges that both factions’ concerns might lead to the elections being scrapped. Still, those espousing this eventuality think that postponing the elections will not have a detrimental effect on the security situation on the ground, and will quickly lead to a new agreed-upon law that would govern the holding of new elections, out of fear of what any possible vacuum might bring.

The third scenario is the most pessimistic of all. It is based on the inevitability of a vacuum occurring; and as any previous vacuum has, this one will surely destabilize security and lead to a military confrontation on the ground. Such a confrontation would not end until a comprehensive deal is reached that would change the whole Lebanese political system, or result in constitutional amendments to the Taif Accord, which is now a quarter of a century old.

Those espousing this view think that the issue remains tied to the conflicting considerations of three main factions: the Shiites, who don’t mind going this route as it would, in their opinion, lead to constitutional changes giving them more power than they have in the current one at the expense of the Sunnis, and, to a lesser extent, the Christians, who believe that amending the constitution while their alliance with the Shiites remains strong, might restore some of the powers that the Taif Accord stripped from the Christian-held presidency. The Sunnis, on the other hand, are wagering on a vacuum and subsequent conflagration, which might allow linking between the issue of Hezbollah’s weapons and the ongoing Syrian crisis; ultimately leading to a regional and international solution to this issue, which cannot be resolved internally by the Lebanese alone.

Which of the three scenarios will come true? We will soon find out, for developments are rapidly accelerating on the Lebanese scene.