In an exclusive interview with Mojtaba Mousavi for Al-Monitor, Iranian parliamentarian Ismaeil Kowsari downplayed hopes for a breakthrough in P5+1 nuclear talks with Iran and suggested that Syrian President Bashar al-Assad could win elections in 2014. 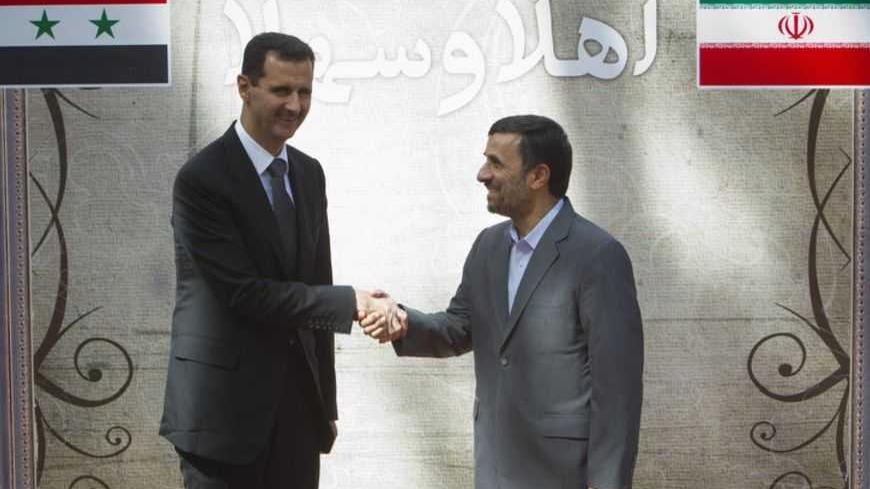 Ismaeil Kowsari is a member of the National Security Committee in the Iranian Majlis, a former commander of the Iranian Revolutionary Guard Corps and former head of the Security Department of the General Staff of the armed forces.

In an interview with Al-Monitor, Kowsari said he believes the P5+1 group — Britain, China, France, Germany, Russia, and the United States — had responded to Iran’s proposals in Moscow with a “gentle tone,” but, he added, “As the supreme leader said, we didn’t see any positive outcome in the Almaty talks.” Iran's supreme leader, Ayatollah Ali Khamenei, in a meeting with members of the Assembly of Experts on March 6 said of the talks held Feb. 26–27 in Kazakhstan, “In this meeting, westerners did not do anything in particular that can be considered a concession. Rather, they merely acknowledged part of the Iranian nation's rights.”

Kowsari said that he hoped the next round of talks in Almaty, April 5–6, “would bring good results and progress.” “We hope P5+1 will deal with the nuclear issue with more rationality,” he stated. “We should wait and see the outcome of expert-level talks on March 18 in Istanbul, Turkey, and whether we can be optimistic about the next talks or not.”

Iran is not eager to have talks with the P5+1 or any other group. In addition, according to Kowsari, coming to the “table to talk doesn’t demonstrate [Iran’s] weakness and it shouldn’t be thought that Iran would back down from its rights.”

Iran knows its thinking on the nuclear issue is legitimate and is willing to discuss it with others and negotiate within the framework of the Nuclear Non-Proliferation Treaty to maintain its rights.

Kowsari, who has a master’s degree in defense management, regretted that the West has a “colonial view toward Iran’s nuclear issue” and warned, “The West should know that Iran will not budge an inch and will insist on achieving its alienable rights. ‫ He believes a lack of understanding and incorrect view of the P5+1 toward Iran’s nuclear situation is one of the reasons for the length of the negotiations.

Regarding Syria, Kowsari said there’s a good chance of Syrian President Bashar al-Assad winning the 2014 presidential elections. "I think judging by Assad’s capable management of the latest sedition in Syria and his huge popularity in Syria, he can succeed in the 2014 presidential race," Kowsari said. “Given the circumstances in past weeks, we can be optimistic about the future of Syria."

Mojtaba Mousavi, a Tehran-based journalist, is founder and an editor of IransView.com