Iran's supreme leader Ayatollah Ali Khamenei does not rule out US-Iran talks, but he does not trust Washington's intentions. 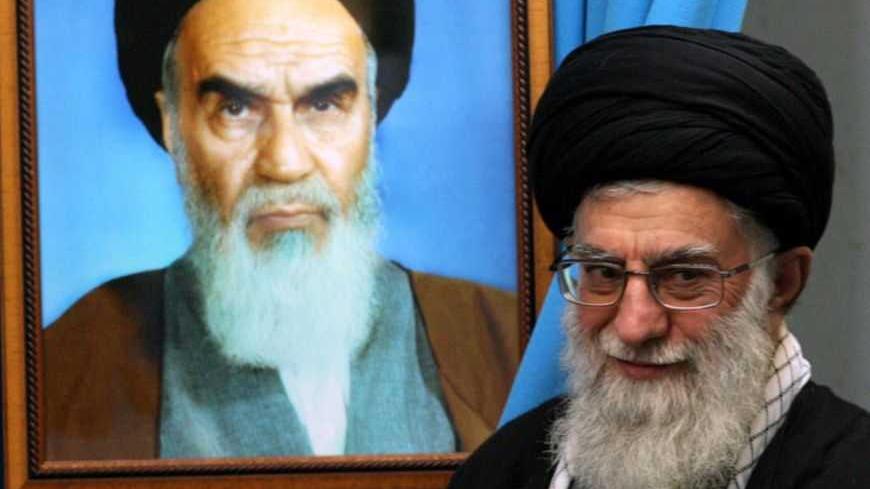 In two speeches, on Feb. 7 and 16, Iranian supreme leader Ayatollah Ali Khamenei explained that he neither opposes nor sees utility in negotiations with the United States because he does not perceive Washington as honest or trustworthy in its intentions. Although he has allowed negotiations to proceed, he expects nothing.

Khamenei buttressed his statements of wariness with three historical examples: the 1953 US-backed coup against Prime Minister Mohammad Mossadegh; US support for Saddam Hussein in the Iran-Iraq War from 1980 to 1988; and President George W. Bush including Iran in the so-called axis of evil after cooperation between Washington and Tehran on Afghanistan.

Khamenei’s recent speeches warning about the perils of engagement may have seemed like more of the same, and to some extent they were, but then he did something unusual. On his official website, he published reports and interviews with three members of the Iranian delegation who had been involved in direct talks with the United States on the issue of Iraqi security in 2007. The three made similar pronouncements about the discussions.

“Americans went deep into a swamp and had no choice but to negotiate with Iran to get out,” offered one member. Regardless, “They weren't sincere and honest in their words and acts.” According to one man, "They [the Americans] said come to talks to solve our problems, not yours.” One observed, “The US is arrogant — thinks it has ultimate power and can do anything it wants.”

All three delegates declared that Iran, and of course the supreme leader, is ready to talk, even with the United States, when Iran's interests are at stake. In their judgment, however, Washington was never serious about the negotiations in which they were involved.

The statements on Khamenei’s website undoubtedly reflect his views and positions. That the interviews and photos posted in this instance concern people who have experience with direct negotiations with the United States invariably signals Khamenei's position and intentions, which likely include one of the following:

Khamenei here is doing more of the same, but perhaps with a twist. For example, 15 years ago, when the United States publicly sent signals about its readiness to talk with Tehran, the supreme leader laid out his position in a Friday sermon on Jan. 16, 1998, in which he revealed what he believed to be behind the offer. His words and sentiments were similar to what he is saying today:

In his speeches, after Khamenei states how Washington is insincere, he describes Iran as the rational party and explains under what conditions Tehran may nonetheless agree to talks:

The first two options — for talks — are the least likely. In previous years, Khamenei's speeches indicated that he was not seeking engagement with the United States, and his speeches today are in the same vein.

Given Khamenei’s actions and words, he appears to believe that the United States does not want negotiations based on mutual interests. Rather, he thinks Washington is pursuing regime change in Iran. In addition, he perceives that world events are favorable to Iran and Islam, so he feels no urgency for a dialogue, especially on the nuclear issue.

So, why does Khamenei consistently say Iran will talk with the United States under certain conditions? In theory, laying out such conditions would require Washington to change its policy toward Iran, but Khamenei knows this is unlikely. By publicly presenting conditions, however, Khamenei puts the ball in Washington’s court.

It is not the case that Khamenei is absolutely opposed to talks. He may again accept a dialogue, as he did with the discussions on Iraqi security. One red line is, however, clear: Iran will agree to talks, but only on specified topics.

The West usually incorrectly interprets the supreme leader’s messages. He, however, is much clearer about his position than other Iranian leaders. In sum, Khamenei does not oppose talks with the United States, but he distrusts US intentions. He is not driven by urgency and believes the burden is on Washington, not Tehran, to demonstrate good intentions. Sometimes leaders actually say what they mean.