Mustafa Akyol writes that Turkish Prime Minister Erdogan's comments on Zionism should be understood and analyzed in a Turkish, not just international, context. 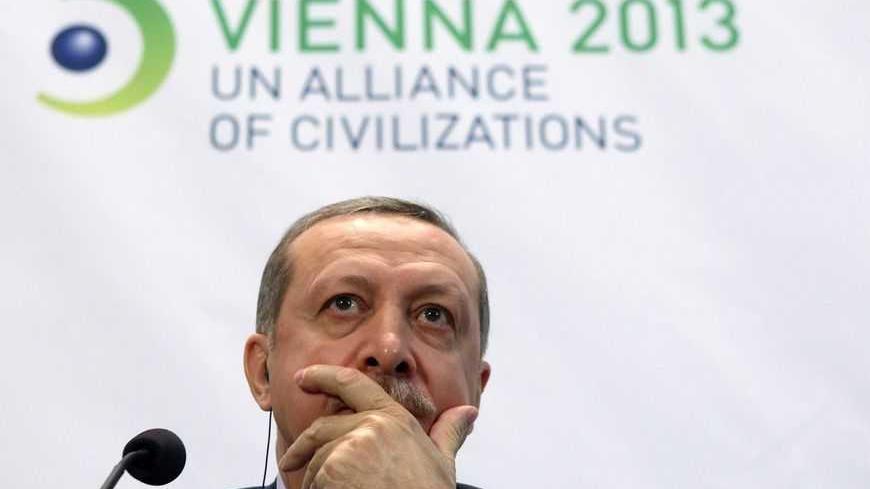 Last week, during a visit to Vienna, Turkish Prime Minister Recep Tayyip Erdoğan initiated an international controversy by condemning “Zionism,” albeit in passing. "As is the case for Zionism, anti-Semitism and fascism,” he said, “it is inevitable that Islamophobia be considered a crime against humanity.”

Soon objections came. U.N. Secretary-General Ban Ki-moon found the comment “unfortunate” and “hurtful and divisive.” Israeli Prime Minister Benjamin Netanyahu was expectedly sharper, by defining Erdoğan's words as “a dark and mendacious statement, the likes of which we thought had passed from the world.”

The issue surfaced during the U.S. Secretary of State John Kerry's trip to Turkey as well. Kerry, on his first trip to a Muslim country since taking office, found welcoming hosts in Ankara, but he noted that he found Erdoğan’s comments “objectionable.”

But why did Erdoğan create such a fuss? And what did he really mean?

As a longtime observer of the Turkish prime minister, here is my humble advice for anyone who would like to find an answer to such questions: Erdoğan is a very Turkish politician. He, in other words, thinks and speaks in very local terms, not international ones. Therefore when he speaks of “Zionism,” what he has in mind is what most Turks have in mind, rather than what Ban Ki-moon, Netanyahu and Kerry have in theirs.

And there is a big gap between these two. Zionism, by international definitions, is a form of Jewish nationalism that is focused on founding and securing a Jewish state in what Jewish sources call “the Land of Israel.” Of course, Arabs call the same land “Palestine,” and the ones who used to live there, the Palestinians, have conflicted with Zionism from the beginning. In return, Zionists have taken various attitudes against Palestinians, ranging from moderate views which hope to co-exist with the Arabs to radical views which want to “transfer” all of them to other countries, which is a euphemism for ethnic cleansing.

In Turkey, however, the term “Zionism” is almost always taken as synonymous with its most radical version, and is perceived as the plan to permanently occupy the whole “the Land of Israel,” while suppressing or destroying the native Arab population. In this sense, Zionism only implies humiliation, death and destruction of the Palestinians, a people for whom the overwhelming majority of the Turks have genuine sympathy.

Moreover, in the common Turkish mind, the term Zionism even evokes extravagant conspiracy theories against Turkey itself. For years, popular writers have claimed that Israel’s ultimate “Promised Land” is much bigger than Palestine, consisting much of the central Middle East, including Turkey’s restless southeast region — or should I dare call it “Turkish Kurdistan,” following the nice rejoinder by Cengiz Çandar.

It is notable that the very second result of a Google search for “Siyonizm” (the Turkish version of the word) presents such a Super-Greater-Israel theory, with references to the infamous hoax, The Protocols of the Elders of Zion. The same article also includes a map showing a large part of Turkey to be the target of “Zionism.” (The biblical definition of the Holy Land as “from the Nile to the Euphrates” is often taken as enough of an evidence for such schemes.)

In such a popular culture, in which aversion to Israeli militarism and obsession with conspiracy theories are mixed, Zionism is always perceived in a negative light. Meanwhile, more knowledgeable Turkish writers refer to the 1975 United Nations General Assembly Resolution, which defined Zionism as “a form of racism and racial discrimination,” and which was revoked in 1991 to allow the Madrid Peace Talks begin.

Given this Turkish context, it is only normal for the all-Turkish Erdoğan to use the term “Zionism” with a negative connotation. However, the international meaning that anti-Zionism implies — opposing the very existence of the state of Israel — is probably not what he meant. Because the Erdoğan government, like all previous Turkish governments, supports the “two-state solution” in the Middle East, which means that Israel should exist side by side with a Palestinian state. Most recently Erdoğan’s foreign minister, Ahmet Davutoğlu, also reaffirmed this vision during his meeting with John Kerry, and assured Turkey’s acceptance of Israel in its “pre-1967 borders.”

Finally, one should also note that in his controversial Vienna speech, Erdoğan had condemned anti-Semitism as well, as “a crime against humanity.” He, in fact, was probably hoping to make a conciliatory statement, in line with the sprit of the U.N. Alliance of Civilizations conference at which he was speaking. But his take on Zionism apparently did not go well, because political terms, too, might easily get lost in translation.