The great powers given to Hatenua leader Tzipi Livni in negotiations with the Palestinians are mere sleight of hand, writes Nadav Perry, since the chances for a diplomatic breakthrough are almost nonexistent. 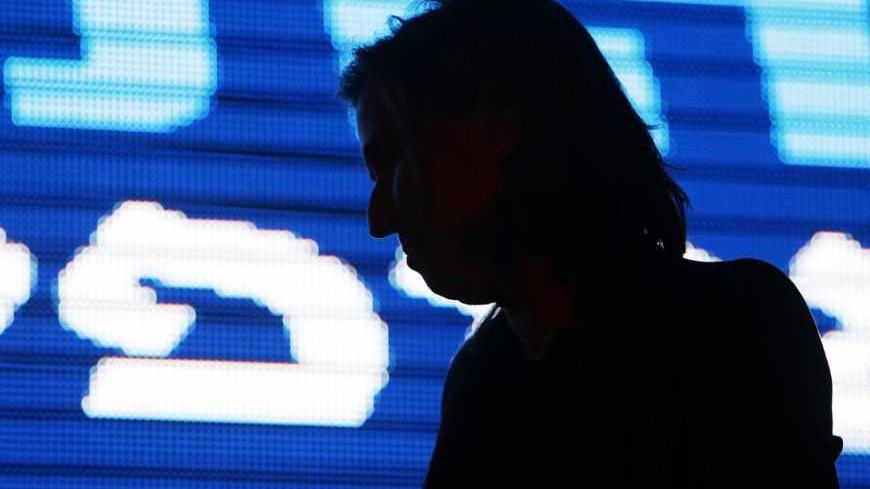 Tzipi Livni is silhouetted against a screen during an event to mark the end of her Hatenua party's campaign, Jan. 20, 2013. - REUTERS/Amir Cohen

Let us all congratulate [Hatenua leader] Tzipi Livni: She got what she wanted. The coalition agreement she signed with Prime Minister Benjamin Netanyahu leaves no room for doubt: Livni assumes center stage in conducting negotiations with the Palestinians. Livni will be the prime minister’s negotiator, she will coordinate the diplomatic negotiations and there will be no other communication channel with the Palestinians to bypass her. Yes, the Hatenua chairwoman went to such extreme detail in the coalition agreement that she even inserted a clause instructing all the government ministries and relevant bodies to assist her in the conducting of diplomatic negotiations. So far, so good — except for one minor point: There are no diplomatic negotiations, there have been none in the last four years, and it is very doubtful that there will be negotiations in the coming years either.

But evidently, an important fact must have escaped the incoming justice minister's eyes. Throughout the past government’s term of office, while Livni was hard-pressed to lead the opposition, the Palestinians set a precondition for the renewal of talks with Israel: absolute discontinuation of construction in the settlements. Even when Israel was so kind as to declare a 10-month construction freeze, Palestinian Authority Chairman Abu Mazen refused to renew negotiations because the freeze did not include building in East Jerusalem neighborhoods. Only toward the end of the period did the Palestinians consent to renewed negotiations, but they stopped immediately when Israel went back to building in the territories.

That was the previous government’s moment of truth when the verdict was passed on the diplomatic process with the Palestinians: September 2010, the end of the Israeli freeze on construction in the settlements. The frustrated Americans, who had finally succeeded in bringing the two sides to sit around one table only two weeks earlier, now found themselves back at square one. They begged Abu Mazen to continue the talks with the Israelis despite the renewed building in the settlements, and asked Netanyahu to extend the freeze by another three months — both sides refused.

Now, at the beginning of Netanyahu’s third term of office, one of two things must happen to renew the diplomatic process: Either the prime minister must freeze construction, or the Palestinian Authority chairman must take his construction-freeze precondition off the table. With regard to Abu Mazen, we have no basis to expect him to give Livni what he refused to give President Barack Obama and former Secretary of State Hillary Clinton (with all due respect to the coalition agreement that Livni signed with Netanyahu).

Therefore, the extensive specifications in the coalition agreement regarding the great powers given to Livni in negotiations with the Palestinians, are mere sleight of hand. By the same token, Livni just as well could have demanded to conduct direct talks with Iran about their nuclear-weapons demilitarization. So long as Israeli construction in the settlements continues full steam ahead, the chances for a diplomatic breakthrough are almost nonexistent – regardless what kind of powers will be given to Tzipi Livni. In the two-and-a-half years that have passed since the end of the construction freeze, Netanyahu’s government has succeeded most impressively in catching up on its building efforts. Outgoing Yesha [Judea and Samaria] Council Chairperson Danny Dayan, has recently heaped much praise on Netanyahu as one of the prime ministers most active in building in the territories. If this reality does not undergo a dramatic change, we are likely to be consigned to another office-term of stagnation.

It is clear that the very existence of diplomatic negotiations has been upgraded in importance; it is now a value in itself. Ten or twenty years ago, talks with the Palestinians were a tool to achieve the higher goal. Today, negotiations themselves – sitting around one discussion table together – are, an objective.

Yesh Atid’s chairperson [Yair Lapid] held up the diplomatic banner in the course of the election campaign. True, this banner was secondary to the additional banners that Lapid waved in economic and civil issues, yet he still took pains to state that renewal of the diplomatic process would be a precondition to entering the government. Even though this is a hollow promise, because it is clear that Israel cannot renew the talks on its own, Lapid was not deterred. In his election campaign, Lapid again condemned the transfer of budgetary allocations to the settlements, and denounced continued construction in the isolated settlements. Now that Lapid has become the best buddy of Naftalli Bennet — the leader of Habayit HaYehudi settlement party — the picture has changed. While Lapid continues to mumble something about renewing the diplomatic process every now and again, his strident demand for halting budgetary allocations to the settlements has disappeared into thin air.

In September 2010, when the Americans were pressuring Netanyahu to renew the construction freeze, Naftali Bennett served as Yesha Council director-general. At that time Bennett led an aggressive, uncompromising campaign against extending the freeze. If not for the tremendous pressure from the settler activists headed by Bennett, it's doubtful whether Netanyahu would have refused the American administration's extension request. But the settlers pushed, and Netanyahu caved in. It is most likely than any renewed attempt to stop or even limit construction in the settlements will encounter a similar response. In recent years, the settlers have strengthened their grip on government institutions and the ruling party, and have become the strongest lobby in the county. Should the prime minister attempt to face them down, he will encounter a bitter, brutal battle that may rip apart his party.

If he prefers to continue construction in the territories and avoid confronting the settlers, he may benefit from some peace and quiet at home. But in that case, Netanyahu — together with his new partner Livni — can forget about serious negotiations with the Palestinians.