While on a personal visit to Beirut, an official from Syrian President Bashar al-Assad’s regime said that the regime is “extremely comfortable” with the current political and military situation in Syria and abroad, writes Jean Aziz. 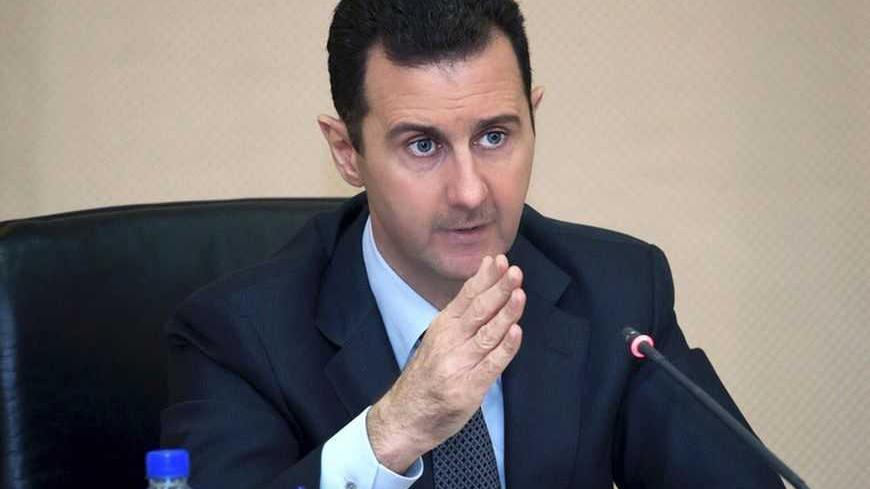 A senior Syrian official describes the current state of the Syrian regime by saying, “We are extremely comfortable, exceptionally so, in fact,” regarding both the political and military situation at home and abroad. His reading is optimistic and these are some of the details.

During a brief personal visit to Beirut, an official from the Syrian regime spoke at a closed-door meeting in which he said that the regime in Syria is very comfortable these days, and pleased with diplomatic and military developments at the local, regional and international levels.

His presentation began with the diplomatic scene. As is the custom of regime officials, he began with reiterating Damascus’s complete satisfaction and absolute trust in the international support it receives from its allies, saying: “Moscow stands firmly in our corner. It is a position all Russian officials have expressed both publicly and in our multiple meetings with them.”

He was eager to list the names at the top of the pyramid: “Putin, Medvedev, Lavrov, Gatilov, Bogdanov. All of them have stated their support for our side. It may sometimes just be a media tactic directed towards the West, or towards some Syrian opposition forces. But it is an effective tactic, evidenced by the fact that some in the West have seriously modified their tone towards us. It has also succeeded in making some of the opponents accept the principle of negotiating with the authorities, and this is a good thing that we definitely want.”

Then the Syrian official moved on to the topic of China, saying, “In Beijing, we felt the support firsthand. A delegation of Syrian officials went to China and established a strong rapport with the Chinese during meetings and discussions, which is a rare occurrence for most foreign delegations in China. Of course, the Chinese always stand in line with Russia, for many reasons, which we will not discuss here. The important thing for us is that Beijing is behind Moscow, and Moscow is behind us, and this is enough for us.”

The Syrian official revealed that China is always willing to provide Damascus with advice, suggesting that the regime should always remain flexible while dealing with the complex crisis, and to always positively receive international initiatives to resolve the situation. He went on to say, “This is also Russia’s position. About a year ago we became fully convinced of the effectiveness of this method, and we have since applied this joint Sino-Russian advice. We now approach every initiative with earnestness and try to make it succeed, and every invitation to talks with preparedness to enter into dialogues.”

The official continued on to the subject of Iran, saying, “In Tehran, we have more than an ally; we have a full partner in the battle. Occasionally there may be slight divergences in opinion between Iranian officials and us, but there is always absolute trust and comprehensive cooperation.”

On the other hand, the senior Syrian official attempted to portray the enemy camp as confused and fractured, saying, “These days Westerners are retreating and recalculating after two years of open war on us. France no doubt is retreating due to the situation in Mali. The jihadist forces it is fighting there are the same forces that it had supported in the battle for Libya, and they have since brought arms and supplies to Syria.”

Regarding Tunisia, the Syrian official revealed that, “The information indicates that the border which divides Libya, Tunisia and Algeria has become a virtual safe haven for the most extreme jihadist forces, and is now a military base that trains, arms and transports militants from the ‘free zone of terror’ to the rest of the Middle East and even to Europe. This sanctuary allows them to recruit jihadists from all over the world.” The official then wondered aloud what the West would do about this situation.

The Syrian official went on to say, “The only ones who remain in the enemy camps are those who have a personal vendetta against us. This includes some Arab leaders of neighboring countries, who previously had been the closest of friends.” The same official gave an example of the egos of some of these leaders, saying, “For example, months ago a Syrian delegation went to meet with a leader of a certain Gulf state. While at a meeting with the head of state, he suddenly said, ‘Do you know that I am the one who decided to topple former Libyan President Moammar Gadhafi?’ Before the delegates could respond, the leader of that small state continued, saying, ‘You may wonder why I did it. Frankly, I was forced to topple Gaddafi so as to preserve the gains of the Egyptian and Tunisian revolutions. If Gaddafi had not fallen, everything achieved in Tunisia and Egypt would have been threatened with collapse.’”

The Syrian official ended his anecdote about the Gulf leader by saying, “Some have begun acting with abandon as if they have absolute power over their neighboring countries or even the whole world. Their personal ambitions and psychological complexes determine how they approach international relations. This is what is delaying finding a solution for Syria.”

As for Turkey, the Syrian official said, “We know that Erdogan’s party is still strong in Ankara, but it no longer has the ability to silence all other voices. Every day we hear strong Turkish opposition to the war being waged against us. It is building over time, and eventually it will produce results. We have many cards to play in this regard, but we choose to refrain using certain means for the sake of the future relations we want to have with Turkey and with the Turkish people.”

The Syrian official revealed that the regime in Syria has refrained from exploiting certain aspects of the Kurdish community in its disputes with Turkey, and this was for two reasons, “First, because it could turn Turkish public opinion against us, and put them in lockstep with Erdogan. We have nothing to gain from this, and thus we are keen to avoid it. The second reason is Baghdad’s sensitivity to the issue. We could easily promote the creation of Kurdistan, which would greatly inconvenience Erdogan and the armed forces in north and northeastern Syria. We have foregone this option, however, in order to maintain our strong ties with Iraqi Prime Minister Nouri al-Maliki, who provides us with all the support and help we need. Thus we have left the Syrian Kurdish areas to deal with the situation as they see fit, knowing full well that the people of these areas assert that they will always remain within the Syrian framework.”

As for the Syrian official’s reading of the situation on the ground in Syria and its effects on the dialogue initiatives, you will find it in our next article.