A recent poll shows that Turkey’s interventionist policies have little domestic support and that Turkey remains wary of outside alliances, writes Kadri Gursel. 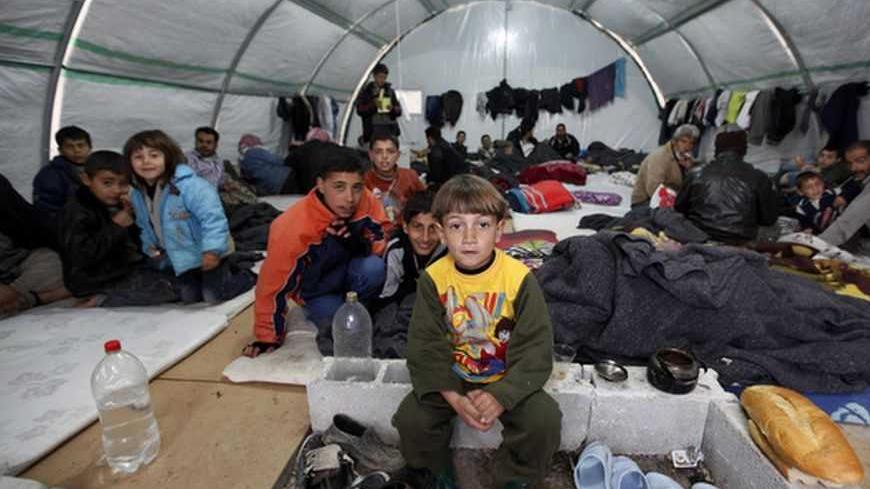 Syrian refugees sit in a tent at a refugee camp in the town of Nizip in Gaziantep province, southeast Turkey, Feb. 11, 2013. - REUTERS/Umit Bektas

In Turkey, it has been widely assumed that the new Turkish foreign policy managed by Foreign Minister Ahmet Davutoglu has been a major source of popularity and support for the AKP rule and for Prime Minister Recep Tayyip Erdogan. But that hasn't been so for a while now.

No doubt, the major cause of this decline is AKP‘s extreme and interventionist policy in Syria that aims to topple the Baath regime.

The more the flaws emerge of this wrong policy that far exceeds Turkey's military, political and intellectual capacities, more the support for it wanes, and that in turn further widens the capacity deficit.

It is widely agreed that public-opinion support constitutes a major element of the foreign-policy capability of electoral regimes. This creates the vicious circle of AKP foreign policy's downward spiral.

Kadir Has University of Istanbul conducted a poll in 26 Turkish cities with 1,000 persons between Dec. 26, 2012 and Jan. 6, 2013. The most striking finding was that 43.5% of the respondents chose Turkey’s “remaining neutral, not interfering in any manner” as the most appropriate option in Syria’s internal strife.

But today, the Turkish government is providing opposition forces in Syria with all kinds of support, short of declaring war on Damascus.

Only 11.4% of the respondents approved the option for Turkey to “support opposition forces” — in other words, exactly what it is doing now.

Other options the Turkish people chose for the clashes in Syria were as follows:

This table becomes more meaningful when considering replies to the question, “What are the conditions that would require Turkey to militarily intervene in Syria?’’

The majority of respondents, 79%, responded that only the “existence of a direct threat against Turkey” would justify military intervention in Syria. Other reasons for intervention included:

As can be seen, none of these other reasons were supported by a majority.

During last spring and summer, Turkish officials were saying that if there should a massive wave of refugees to Turkey, then the creation a buffer zone in Syria could be on the agenda. Here, “buffer zone” actually meant a military intervention. It is important to note that a majority of 65.3% don’t believe that even a massive refugee wave gives Turkey the right to militarily intervene, which Turkish foreign-policy authorities llisted as a reason for military intervention.

Respondents were asked when would they approve of "intervention in Syria by international forces," and responded:

Overall, the research determined that the number of people seeing Turkey’s Middle East policy as successful is declining.

Let’s remember that the AKP received 50% of the votes in the June 2011 elections. According to the polls, if we had elections now, the AKP would receive 48% of the votes.

Of the respondents, 38.2% said they found the AKP's foreign policy "not successful," while 34.7% found it "successful." Those who said “Neither successful nor not successful” were 27.1%.

An interesting trend gaining traction every year is the wish to act unilaterally, without allying with any other other country.

This change could be the outcome of the US now being seen as a regressing power in the world and in the Middle East, as well as a positive perception by the public of the cooperation between the two counties, especially in recent security affairs.

To sum up, the survey by Kadir Has University has illustrated that the mindset of “A Turk has no other friend than a Turk," which prevails in Turkish political culture, is still very much valid.