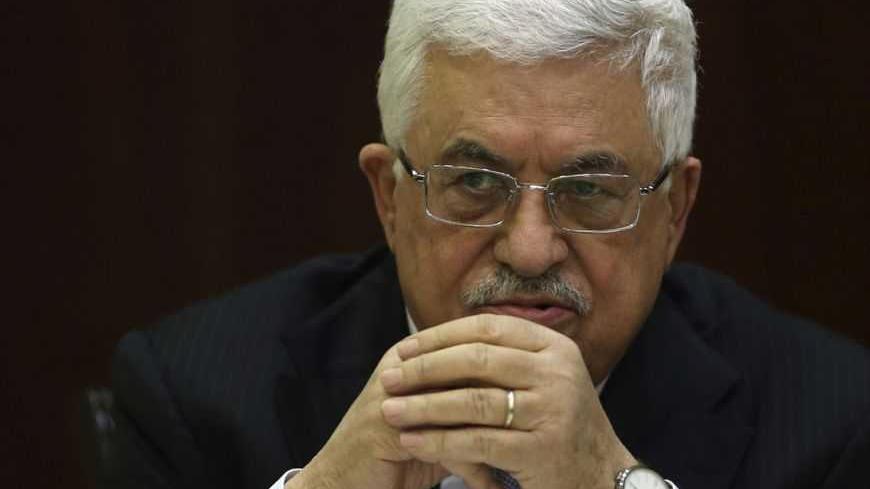 An old Jewish adage as well as a hackneyed Israeli idiom have teamed up to portray the lack of wisdom underpinning the obsequious meeting of [Palestinian President] Mahmoud Abbas (aka Abu Mazen) with Iranian President Mahmoud Ahmadinejad at the summit of the Organization of Islamic Cooperation in Cairo [Feb. 6].

Attributed to the sages, the first adage expresses the revulsion that most — if not all — Israelis felt at seeing the man who keeps reiterating that there is no better partner than him for peace, seated smilingly next to a man who just as frequently claims that he plans to obliterate Israel from the map. The old Jewish adage loosely translates into "birds of a feather flock together."

Abu Mazen, the statement read, met with Ahmadinejad to thank him for the support of the Islamic Republic at the U.N. vote which awarded Palestine an observer-state status.

Truth be told, Abu Mazen needed every vote in his unrelenting endeavor for a Palestinian state. This was especially true given that Prime Minister Benjamin Netanyahu did everything he could to humiliate him and prove to the world that he is no partner, that he is no longer relevant and other similar epithets, all aimed at depicting him as a "a chick without feathers,” as former Prime Minister Ariel Sharon once described him. Putting aside all the condescension and patronizing of the former prime minister, we can see that Abu Mazen indeed has yet to learn how to walk the avenues of international politics and diplomacy.

And here we come to the second adage that complements the feeling that the Cairo meeting elicited among large segments of the Israeli public.

It is not taken from the sayings of the sages. Rather, it was penned by a gifted copywriter who was asked to come up with a catchy slogan for a campaign of the National Board for Road Safety. It sought to convince the dogged, hot-tempered Israeli driver to yield and be patient. "Don't be right — be smart," the saying went.

Applying it to Abu Mazen, what it means is that even if every vote counts, you still don't have to meet with the Iranian leader on the same day you're being informed that President Barack Obama plans to visit Ramallah.

Abu Mazen did not understand the true significance of his widely covered meeting with Ahmadinejad shortly after the Iranian president addressed the summit with the following:

"Iran is willing to annihilate Israel if it attacks one of the Islamic countries. The Iranian people are ready to stampede toward Israel to destroy it."

In recent months, as noted, Abu Mazen tried to address the Israeli public over the heads of its leaders in order to convince it that he is a bona fide partner for peace — as opposed to Netanyahu and former Foreign Minister Liberman, who are the well-known, intransigent peace refuseniks. I have to admit that he even sounded fairly convincing, especially when he presented the alternative in the event that the Palestinian Authority were to collapse.

In turning to the Israelis, Abu Mazen even caused uproar among the Palestinians when he declared on Israel's Channel 2, shortly before the start of the election campaign, that he was willing to waive the right of return which frightens Israelis so much.

What he did not understand was that in the battle to win the Israeli public opinion, one photo in Cairo can erase a million pacific statements.

What he also does not understand, apparently, is the damage such reaction causes in the American public opinion, especially on the day that President Obama announces that he is coming to the Middle East to try and promote a peace process in the region.

While Jay Carney, the White House press secretary, has made it clear that the president will not be coming with specific proposals to promote the process, the president does, however, intend to tell him and Netanyahu: "Dear friends, I've had enough of both your childish games" — in more diplomatic words.

So it stands to reason that the news conferences in Jerusalem and Ramallah will use highfalutin words about the importance of peace and the necessary steps needed for the future of our children. But everything will remain empty pomp and circumstance. The children, whose future will be flaunted, will wave flags, flowers and other decorations in Ramallah and Jerusalem. Each one of them will try to convince the president that he is the earnest one and that it is the other person who piles colossal obstacles to an agreement.

In the race to convince the American president, Abu Mazen actually had all the right cards up his sleeve — the settlements, the outposts, the tenders in East Jerusalem, etc., but he shuffled all of them in one single meeting.

"The man who insisted on being in the right" would only have had to say the right words to the American president in their imminent meeting, and he would have probably received unstinting emergency aid to save the crumbling economy of the Palestinian Authority, which is something that even Israel's traditional supporters in the Congress could not have stopped.

But by thanking the bird of the same feather, he emerged beaten and really not smart.