Shlomi Eldar writes that soon, Yair Lapid should call Palestinian President Mahmoud Abbas, and that social justice in Israel will only result from renewed peace talks. 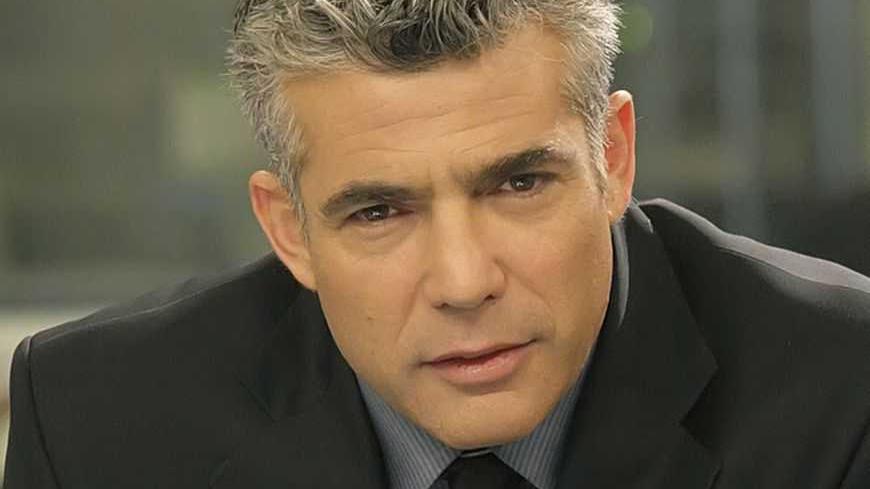 Below is the transcript of a phone call that has not yet taken place:

“Apropos of peace, do you feel like dropping by me for coffee? I am here in Ramallah, a 50-minute ride from Tel Aviv.”

“It is worth your while. It is important that we get to know each other. After all, you are expected to be the strongman in the incoming government. Let me take this opportunity — allow me to congratulate you on your amazing achievement.”

“Thank you. And regarding the visit —  we still haven’t …”

“Yes, yes, I know that nothing has been settled yet and it’s not clear how the next government will look. But precisely because of that, it is important for me to talk to you now.”

“That is always the question, isn’t it? Nevertheless — now, before the new government will write down the coalition principles and policies, then you’ll be locked in. Now, so that you’ll see whether or not you have a partner for diplomatic negotiations. This is the only way you’ll know what to insist on, in order to carry out your promises to your electors.”

“Forgive me for cutting you off, but I know very well what you promised them. I have been following you with great interest. You promised them to know where the money is going and how the burden can be shared more equally in Israel. And mainly to provide peace and quiet, and comfortable lives to those who voted for you — as well as those who didn’t give you their votes. I am sure that I can help you with this.”

“Still, let me sleep on it. I haven’t decided whether to take the Foreign Ministry or the Treasury.”

“No problem. Only get back to me as soon as you can. And by the way, please send regards to former Prime Minister Ehud Olmert. I know that you are particularly close to him. Ask him for his opinion. Only two months ago he said that I am the best partner that Israel ever had.”

The phone call above is still imaginary, but there is no reason that it shouldn’t take place, the sooner the better. If Lapid assumes the Foreign Ministry — and even if he doesn’t — it is worthwhile that the two of them talk. And yes, it is precisely the veteran, seasoned Abu Mazen who can allow himself to be the first to call.

Yair Lapid attained his impressive achievement in the recent elections, while being carried on the wave of the social protest movement of the summer of 2011. Hundreds of thousands of people flooded the city streets and asked for change and social justice, but did not go into detail — either because they did not know how, or because they purposely avoided doing so. And that’s what transformed Lapid into the perfect product of the protest — he does not go into detail either. One sign that was raised among the ocean of placards, best reflected the protestors’ feelings of confusion and helplessness. The sign said, “The nation demands — all kinds of things.”

The leaders of the largest social revolution that Israel has ever known, were careful to avoid harming Israel’s sacred cows — and that, in the end, was their undoing. Daphne Leef (who decided to pursue extra-parliamentary activity), Stav Shaffir and Itzik Shmuli (both of whom were recently elected as Labor Party MKs), instructed the demonstrators’ spokespersons to avoid involving politics in the protests. (Of course, as aforesaid, the  real benefits were reaped by Lapid.) Politics were shunned to the extent that in one of the mass assemblies in Tel Aviv, the protesters demonstrated idyllic cooperation between settlers from Judea and Samaria and their “brothers” from Rothschild Boulevard in Tel Aviv, the ones protesting the collapse of the middle class.

Thus it happened that several busloads of kipa-wearing youths from the settlements came to Tel Aviv’s Kikar HaMedina plaza, after the Sabbath. They joined a communal feel-good sing-along with the tent-protest youths of Tel Aviv and the other cities of the country’s center. Everyone rubbed their hands together in pleasure in light of the wall-to-wall unity of the Summer 2011 protest demonstrators.

No one made the connection between the price of occupation and the price of cottage cheese. No one at the time talked about the Iranian threat and a Palestinian state that may rise unilaterally in the United Nations (as happened a short time afterwards, though with observer-state status). No one talked about the radical Islamic revolutions around us as a result of the “Arab spring.” No one even talked about the state of Israel’s astronomic defense-budget and the massive investments in the settlements that do not leave much for everything else.

There was only one slogan in the mouths of the demonstrators; one large, empty slogan — “The nation demands social justice.”

The results of the 2013 elections show us (again) that the “nation” knows exactly what it doesn’t want (a radical right, diplomatic isolation, inequality in sharing the burden — this is a very partial list), but in fact, does not know what it DOES want, and at whose expense, and in general, “where is the money going.” In other words: The nation is wary of calling the child by its name.

The way it looks at present, Netanyahu will not help the designated Foreign Minister to understand the real priority list. Thus it is important that Lapid holds that conversation with Abu Mazen. Who knows, maybe he will reveal that a partner does exist, after all.