In a symbolic ceremony to be held on April 13, the anniversary of the outbreak of the civil war, Lebanese couples will obtain civil marriages in a gesture of national unity, writes Mohammad Harfoush. 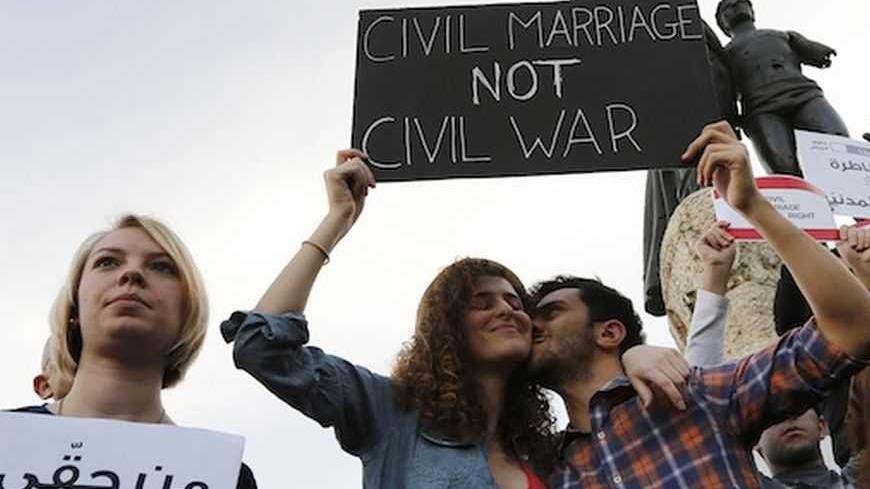 A man kisses a woman as they hold up a placard during a protest demanding to legalize civil marriage in Lebanon, at Martyrs' square in downtown Beirut, Feb. 4, 2013. - REUTERS/Jamal Saidi

On Apr. 13, instead of commemorating the outbreak of the civil war, some Lebanese will hold a civil wedding in Martyr’s Square. A group of young Christian and Muslim men and women are organizing a collective civil-wedding ceremony.

This event will take place amid an ongoing debate on a personal status civil law that was first proposed in the early 1950s, although many political and religious leaders continue to refuse to legalize civil marriage. As a result, many Lebanese seeking a civil marriage travel to other countries that permit it. Ironically, once these civil marriages are registered in Lebanon, Lebanese courts rule according to the law of the countries where the marriage took place.

There have been a number of attempts by individuals, groups and parties to legalize civil marriage, but without success. On Apr. 2, 1951, the parliament issued a law defining the powers of Christian authorities, and many members of parliament stressed the need to legalize a personal status civil law. But both Muslim and Christian clergy joined hands to push for a law that would grant religious courts powers similar to civil courts. At the time, the bar association carried out a six-month strike in protest. The association didn't stop the strike until it received a promise to consider a draft law on personal status, as part of the project of the parliamentary administration and justice committee.

It began with a 1957 initiative by Raymond Edde. He did not put forth a draft, but he raised ideas and proposals in parliament, and the Lebanese National Bloc supported the optional personal status draft law. Several attempts followed, including:

All these projects and proposals produced no results, because of the opposition of a large segment of Lebanese society — the clergy.

Clergy and religious authorities have opposed these proposals under the pretext of preserving religious values and morals. But the actual reason for rejecting a civil law is preserving their own interests, keeping influence and control over the population and a role in decision-making.

Most western countries and some Muslim countries have legalized mandatory or optional civil marriage. It is mandatory in France, Switzerland, Belgium, Sweden, Italy, Romania, Norway, Monaco, Luxembourg, Brazil, Latin America and Russia, while it is optional in the UK, the US, Greece and Spain.

Lebanese law does not allow civil marriage, but it recognizes civil marriages held outside Lebanese territory on the basis of Article 25 of Resolution 60, which has been in force since the French mandate. Civil marriage is not contrary to public order.

Through legalizing their civil marriage, Kholoud Sukkariya and Nidal Darwish wanted to make a breakthrough against the wall of sectarianism. This has encouraged many other couples, like Shaza Khalil and Tony Dagher, to take on civil marriage as a symbol of their love — another step towards the establishment of a civil state. 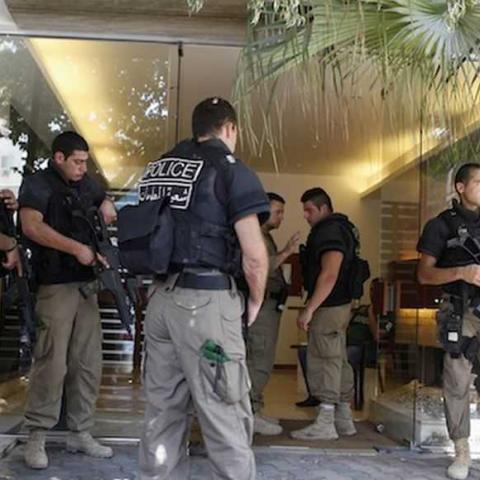