Iraq’s ports are enjoying an unprecedented period of prosperity and the Iraqi government is close to opening a new container port in the south, writes Omar al-Shaher. 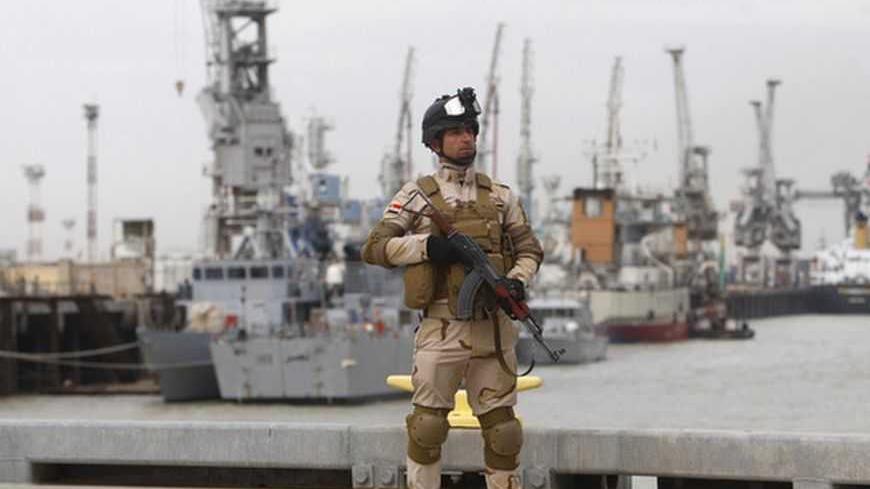 Revenues from Iraqi ports reached $30 million in December 2012, the highest monthly yield in their history. Meanwhile, the Ministry of Transport is preparing to open the Iraqi Container Port in the city of Basra during the next few months, in order to meet a growing demand for shipping.

Times are good at Iraqi ports, despite controversy surrounding the desire of political parties in Basra to impose their control over them. Iraq has had specialized maritime equipment and experience in this field since the 1930s, when the country established a number of ports to reinforce its position overlooking the Persian Gulf.

The progress made by Iraq with its ports is reflected in the fact that some officials have succeeded in isolating the files they manage from the local political quarrels that have hindered economic prosperity in a country that depends on oil revenues to meet 92% of its financial needs.

In the past year, Iraq has increased the capacity of its maritime navigational channel from 2,000 ships annually to more than 8,000, a big leap by any measure.

This was the result of great efforts in the field of deep drilling, an area in which Iraq has much experience and specialized personnel, as well as machinery that is the most advanced and sophisticated in the region.

After 2003, Iraqi ports faced a formidable challenge in the shallow waters in the Umm Qasr shipping channel. However, the channel has been increased in depth to record levels and can now receive giant ships that require anchoring depths of up to 11 meters.

Port officials in Iraq take pride in the considerable improvement in the quality of services provided to ships that use the country's navigational channels. This has resulted in a significant increase in revenues and led many transport companies to show interest in Iraqi ports.

Statistics from the Iraqi Ministry of Transport indicate a decrease in the entry of goods through land ports, because of transport companies' desire to use Umm Qasr and affiliated ports in Basra.

Until 2006, the port of Umm Qasr depended on piecemeal transportation. Giant ships coming from east Asia would moor in the port of Dubai, and then their cargo would be unloaded into small transport ships heading to Umm Qasr, because the port could not handle large ships. Now, however, the port receives these ships directly and unloads them in record speed.

In one case, the port succeeded in unloading 60,000 tons of wheat for the Iraqi Trade Ministry in seven days, a feat that would take Gulf ports nine or more, according to Iraqi port officials.

Iraqi ports faced a major challenge when some of the companies that had won oil contracts in Iraq wanted to bring their equipment into the country through alternative ports in the region. Iraqi officials said that the port of Umm Qasr took this responsibility upon itself and succeeded impressively. During this period, oil equipment weighing as much as 320 tons was received in the port of Umm Qasr, a precedent for Iraqi ports and even for many ports in the region.

Iraq won an international award last year for its ports. It did not receive this award for possessing the most important or sophisticated ports in the region, but rather because it has achieved remarkable growth in this field.

Iraq is planning to open a special container port, which, according to port officials, will consist of two platforms and will specialize in receiving container ships. It will be opened during the next few months.

Yet Thomas Staal, the USAID Iraq mission director, expressed his surprise that "Iraqi officials did not acknowledge the amount of US assistance provided to Iraq to improve the performance of Iraqi ports."

In an interview with Al-Monitor at the US Embassy in Baghdad, Staal said that "there are vital projects that we funded and implemented using private American money." He added, "It is surprising that the Iraqi authorities have not mentioned this."

He continued, "We renovated the port of Umm Qasr and carried out a project to clean the shipping waters, removing sunken equipment that Saddam Hussein’s regime had left there."

Aziz al-Obeidi, the assistant general manager of the General Company for Ports of Iraq, said that "the US carried out small projects in the ports of Basra that provided our employees with expertise relating to maintenance, maritime safety and other issues."

Obeidi added, "We can't say that the Americans rehabilitated Iraq’s ports, but they did contribute to this. Iraq does not deny that."

He went on to say, "Not only did the US contribute to the ports, but they went on to build bridges and schools and rehabilitated facilities in the city of Basra in general."

However, he said, "US support was provided in 2004 and 2005, when the ports were under their control. After 2006, Iraq took control of managing the ports and US efforts decreased."