Iraq’s national carrier, Iraqi Airways, is about to begin a twice-weekly service from Baghdad to Kuwait, a development that shows progress in reconciliation between the two former foes, writes Omar al-Shaher. 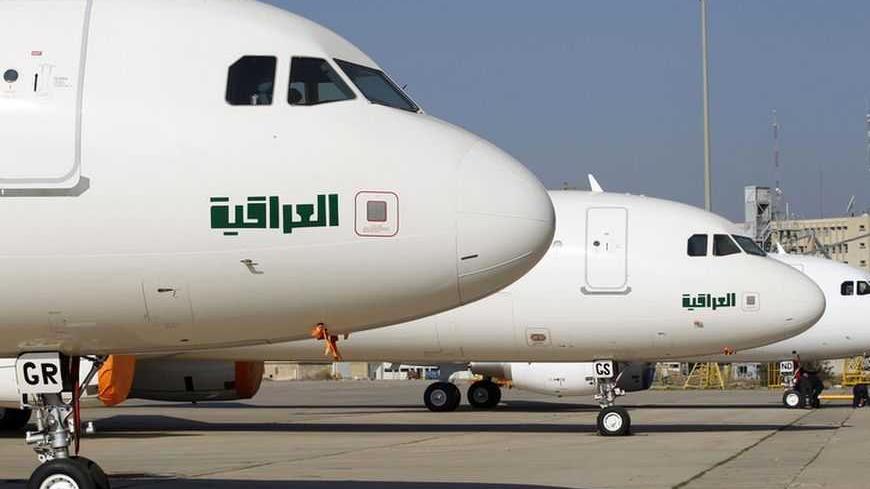 The general director of Iraqi Airways, Saad al-Khafaji, announced that flights from Baghdad to Kuwait will resume on Feb. 28, after a 22-year suspension following Iraq's invasion of Kuwait in 1990. The invasion led to a multinational war to oust Iraqi forces from the neighboring emirate and then 13 years of economic sanctions against Iraq under President Saddam Hussein. Bilateral relations between Iraq and Kuwait have since resumed.

“One of our planes was supposed to fly this week for the first time to Kuwait after years of suspension; however, the flight was rescheduled until next Thursday,” said Khafaji in an exclusive interview with Al-Monitor. “The delay is related to the readiness of Kuwait to receive the Iraqi plane,” he added. Baghdad had announced the resumption of Iraqi Airways flights to Kuwait a few days earlier.

The Iraqi Ministry of Transportation believes that this step will pave the road toward restoring aviation relations between the two countries, announcing that the state-run carrier will initially schedule two flights a week to Kuwait. Subsequently, the number of flights will be determined based on passenger demand. Khafaji said that the number of Kuwaitis traveling to Baghdad exceeds that of Iraqis heading to Kuwait. Moreover, Kuwait has restrictive measures on the entry of Iraqis and has frequently denied them entry for security reasons.

Iraq and Kuwait earlier resolved a lawsuit brought by Kuwait requesting $1.2 billion in reparations for damage to aircraft dating back to the invasion. In January, the Iraqi Ministry of Transportation announced that Kuwait had dropped all lawsuits filed against Iraqi Airways, which would allow the company to build a new fleet, given that its planes were previously restricted by legal measures.

In another development, Khafaji denied claims by local media outlets that a state-run Saudi Arabian Airlines aircraft had landed at Baghdad Airport on Feb. 20, after a 20-year suspension of service. Khafaji explained that the plane in question belongs to a private company working in Saudi Arabia and is flying under commercial agreements to transport Iraqi pilgrims to the kingdom. “A third party has leased the plane, and its crew is Jordanian. I have no clue why media outlets consider it to be Saudi,” he added.

Omar al-Shaher is a contributor to Al-Monitor’s Iraq Pulse. His writing has appeared in a wide range of publications, including France’s LeMonde, the Iraqi Alesbuyia magazine, Egypt’s Al-Ahaly and the Elaph website.