Omar al-Shaher reports on the Kurdistan Region's decision to export oil through Turkey as escalating tensions between Baghdad and Erbil. 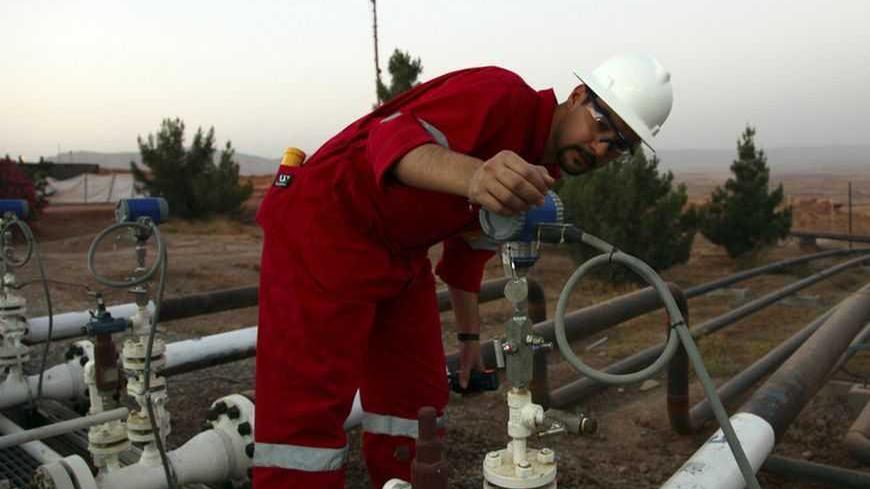 Amid intensified talks between the Iraqi government and the authorities of the semi-autonomous Kurdistan region to ease escalating political tensions, Erbil dropped an economic bombshell by exporting crude oil to Turkey without Baghdad’s consent.

While the federal government affirms that the oil exported to Turkey is crude and directed to world markets, observers in Baghdad believe that this move is highly symbolic and will lead to more steps toward autonomy, since Kurds have decided to move forward with the process of development, apart from growing turmoil with Baghdad.

Reports state that Kurdistan has begun to export crude oil to world markets through Turkey without the approval of the Iraqi government.

The Kurdistan Regional Government disputed these allegations, declaring that the transport of the resources to Turkey was for refining purposes and that the oil would be returned when the process is finished. It stated that the reason behind this move was the reduction of Kurdistan’s share of oil derivatives that the federal government has implemented. However, this did not lessen the enraged reactions from Baghdad.

“The federal government is not providing Kurdistan with sufficient oil derivatives,” said Safin Dizai, the spokesman of the Kurdistan Regional Government. According to Dizai, Kurdistan halted the export of oil when the federal government cut off the payments of international oil companies in the northern region. “The dues of these companies amount to $301 million,” he added.

“The government of Kurdistan is not entitled to export oil independently from Baghdad,” declared Furat al-Sharaa, a member of the parliament’s Oil Committee. “Such actions will only worsen the country’s economic problems,” he added.

The MP, belonging to the Supreme Islamic Council led by Amar al-Hakim, refused to comment on whether or not the measure taken by the Kurdistan Government represents the region’s intentions to seek full autonomy. “The country’s interest requires cooperation in such cases,” al-Sharaa confirmed.

The Kurdish MP Azar Abu Bakr, a member of the Legal Committee, professed that the absence of a law to govern oil in Iraq constantly poses problems in terms of oil investment.

“Baghdad does not abide by the agreements it entered into with Kurdistan, and recently reduced the region’s share of oil derivatives. Baghdad refuses to pay the dues of international oil companies operating in Kurdistan; thus, the export of oil ceased a long time ago,” said Abu Bakr. “Kurdistan has not sold even one liter of oil in exchange for money independently from Baghdad. On the contrary, it merely sent crude oil to Turkey for refining. What’s left for the region to do when it owns crude oil and Baghdad is not supplying sufficient resources to refine products?” Abu Bakr added.

Observers believe that Erbil may have plans to move forward with the economic development process independent of the federal government, after the failure of all agreements with Baghdad. The relationship between Kurdistan and Baghdad has reached an unprecedented level of tension. “The Kurds of Iraq have two choices: they can either listen to Baghdad and continue to delay progress or they can move forward independently away from tensions with the federal government,” said Iraqi writer Sarmad al-Tai.

“Erbil will take similar steps in the future,” Tai added. “If complete autonomy has not been agreed upon by Kurds, the decision would have been made a long time ago, as rifts have deepened between both sides. Any move for independence would be international and have nothing to do with Erbil or Baghdad,” Tai added.