More than 10 years after the US invasion of Iraq, the country’s aviation industry is starting to show strong signs of recovery, reports Omar al-Shaher. 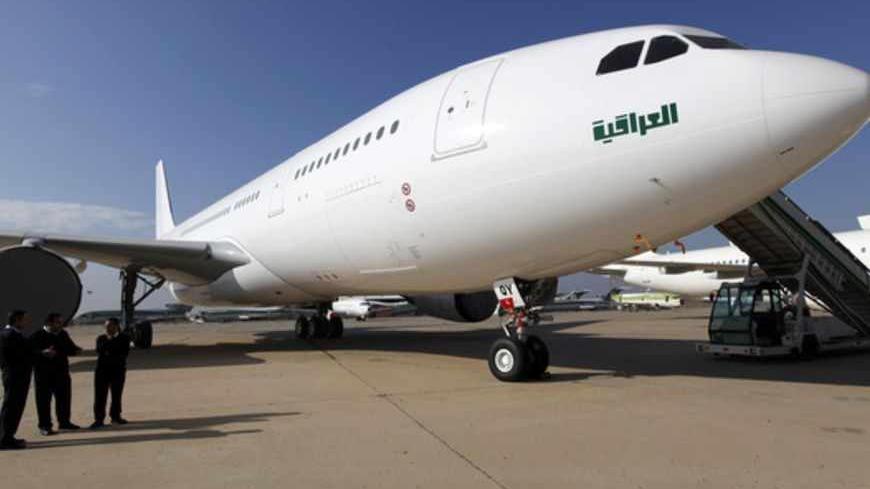 In light of Iraq’s complicated political and security climate, even the most optimistic could not expect Baghdad International Airport to have 125 flights — even including both arrivals and departures — in a single day.

The Iraqi Civil Aviation Authority ranks Baghdad International Airport as the largest airport in Iraq. It registered 125 flights on March 20, probably the highest number of daily flights in the history of this airport, which suffers from major problems in terms of infrastructure, equipment and services.

Iraq witnessed a series of attacks this month amid a severe political crisis between the Shiite-led government and Sunnis and Kurds who demand a greater role in the government.

In 2006, at the height of the civil war in Iraq, Baghdad airport had more than four flights per day. Yet those currently in charge of the airport expect a significant increase in aircraft movement in the next few months, as part of a plan to advance commercial aviation and maximize its revenues in a country where 92% of the annual budget relies on oil money.

Commercial aviation in Iraq has witnessed significant improvements over the past two years, after relative security stability was achieved in the country.

Iraqi Airways, the national carrier of Iraq, seeks to start flights to new destinations, while Baghdad itself is becoming a popular destination.

This month, the first Iraqi Airways flight took off from Britain and landed in the Sulaymaniyah International Airport in the Kurdistan region of Iraq, after the route had been suspended for 23 years.

Dana Mohammed Saeed, media director at the airport, said, “After flights between Iraq and Europe were suspended for 23 years, on March 8, 2013, the first flight from London, an Iraqi Airways flight, landed at Sulaymaniyah International Airport.”

Iraqi Airways had suspended its flights to a large number of European countries, after Kuwait filed a lawsuit seeking compensation for damage to its aircraft during the Iraqi invasion of 1990. Kuwait had requested $1.2 billion be paid to Kuwait Airways.

The first flight via Iraqi Airways landed in Kuwait on Feb. 27, 2013, in a step in the application of the agreement between the two countries.

The director general of the Iraqi Civil Aviation Authority, Capt. Nasser al-Bader, said that commercial air transport in Iraq was operating using leased aircrafts due to the lawsuit filed by Kuwait against Iraq. He added, “Iraq's inability to purchase modern aircraft has led to a deterioration in commercial air activity.”

He then continued, “We waited until the Kuwaiti issue was resolved and the legal dispute was settled. Afterward, we were able to buy new planes. We purchased new Airbus planes because we could not get Boeings.”

“The purchase deal was concluded with German and Norwegian companies that were hurt by the international financial crisis. At present, six new planes have been delivered and we are still waiting for another Airbus and a 2002 updated jumbo jet that was purchased from a Malaysian company,” he added.

Bader affirms that “the total number of planes currently owned by Iraq is as follows: five Airbuses, one Boeing and five other planes that were previously owned by the Pilgrimage Commission.

“We also have six CRJ planes owned by the Ministry of Finance, whose ownership will be transferred to Iraqi Airlines. In total, there will be 17 planes. Additionally, in the middle of this year, two more planes will be delivered. Moreover, we have rented two planes from a Turkish company. The Iraqi fleet will contain, for the first time since the establishment of Iraqi Airlines, 21 planes,” he added.

Bader then noted that “300 flights arrive and depart Iraq weekly, a number that has recently increased. Iraq receives fixed amounts for each flight’s maintenance. We feel that this number is still low, but we’re working on enhancing our capacities.”

“Every day, 500 planes use Iraqi airspace,” Bader added. “We receive $375 for each flight. Many companies are asking for permission to enter Iraqi airspace, given that the country constitutes a perfect connecting point.”

Iraqi Airlines is planning on opening to new markets in the region. The regional director of Iraqi Airlines for Egypt and North Africa, Qayssar Hachimi, said that the cooperation between the Iraqi Airlines and its Egypt counterpart has “perfectly come into effect.” Hachimi, however, did not reveal details.

Moreover, a few days ago Qatar Airways announced that it will launch scheduled flights to Basra and Sulaymaniyah this summer.

Qatar Airways Chief Executive Officer Akbar al-Baker said, “After years of restricted air access for foreign airlines in many parts of Iraq, Qatar Airways has been working with the authorities to open up services. We were glad to have expanded our operations in such a short period of time and to do our bit in the country’s reconstruction efforts.”

“Qatar Airways is offering new travel options to the people of Iraq and for those involved in the reconstruction efforts of the country,” he added.

Flights to Basra are due to begin on June 3, with those to Sulaymaniyah starting on Aug. 20.