Iraqis Must Value Justice, Not Power

In light of the escalating Iraqi crisis, the need for a legitimate judicial system and a culture of social justice is becoming ever more apparent, writes Mustafa al-Kadhimi. 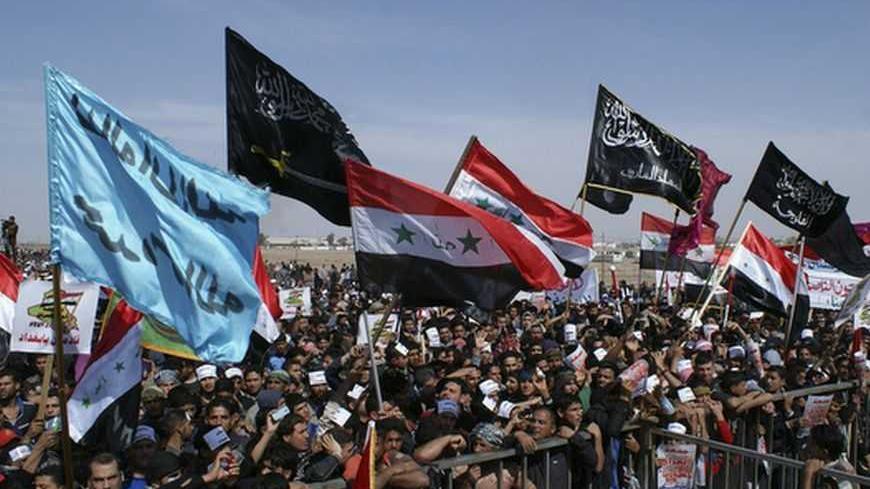 It was notable that in a country that relies on a peaceful transfer of power via elections, demonstrators came out to demand the fall of the regime as well as adherence to the political process and the constitution. These calls have been adopted by wide segments of demonstrators in recent weeks during protests in Anbar and a number of other Iraqi cities.

The protesters' calls, however, do not offer a convincing alternative to the current political system, but suggest a return to the era of dictatorship — as evidenced by demonstrators raising photos and flags of the former Iraqi regime.

Yet all of this does not mean that there is a flaw in the vision offered by demonstrators, but rather indicates a deep imbalance in the structure of the political process in Iraq. Since 2003, the country has neglected entrenching principles of democracy and social justice as social values, and has witnessed regimes fighting for power.

In the Iraqi experience, there has always been a gap between lofty notions such as democracy, justice and citizenship and their genuine implementation in society. It is common, for example, to see parties which lack democratic standards in managing their internal relations, led by the vision of their charismatic leaders, fighting alongside the other parties for power, with the understanding that this is the only permissible form of democracy.

In such a case, it is easy to understand the implications of the political process observed by governmental institutions that inherited their laws, traditions and culture from a general rule. These institutions are governed by regimes that are economically socialist, yet they declare allegiance to the free market. Moreover, even concepts of justice, equality and equal rights are framed within a dictatorial context. This applies to parliament, cultural institutions, civil society and the media.

There is no doubt that the political crisis in Iraq is part of this controversy. The forces at play in the crisis — those that participated in building the political process, wrote the constitution, set the rules of power, ruled and opposed — did not properly engage themselves in establishing democratic values in society. Moreover, they didn’t give much attention to anchoring and developing a culture of social justice.

The Iraqi situation is widely described as doomed by mutual suspicions between Iraq’s social constituents and their political representatives. The entire scenario begs clarification and understanding, allows for insinuations and leaves room for analyses. However, according to human experience, the suspicions in and of themselves never posed an obstacle to the establishment of such a culture. On the contrary, they might have acted as an incentive. Decision-making in this regard has nothing to do with suspicions that stem primarily from history, but to investment in citizenship as a permanent solution.

Nations are not built by breaking bones, struggling and monopolizing power. The fact is, coexistence requires a deep conviction that the citizens of a country should not attack each other. Once this belief is established, the change process can truly begin.

Iraq is going through a crisis of birth and rebirth. In the absence of real caretakers, recycling old crises and creating new ones will always be possible in the future.