Are All ‘Turks’ Really Turks?

Mustafa Akyol considers how Turkish identity and citizenship will be defined in the next Turkish constitution. 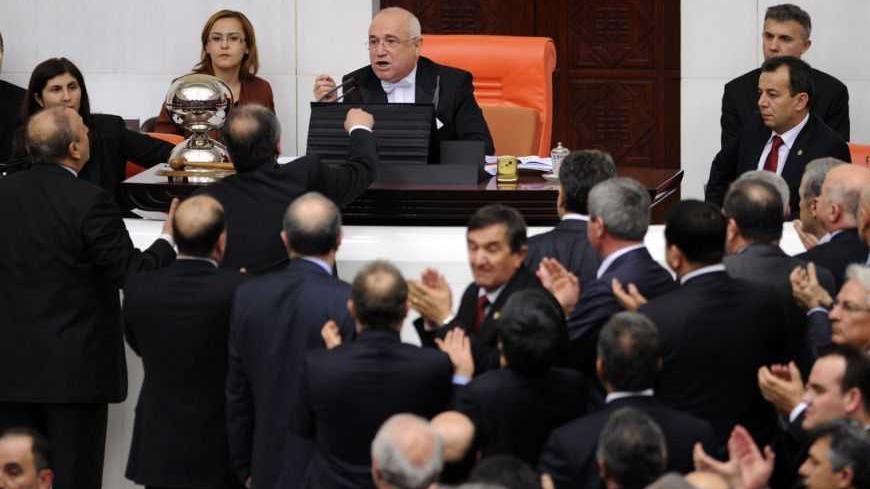 At a time when Egypt drafted and ratified its new constitution in just a few months, the would-be new constitution of another country in the region, Turkey, has been staying in limbo for quite a while now. And one of the key obstacles to progress is a heated dispute on a fundamental question: Are all citizens of Turkey really “Turks”?

For outside observers, the question might seem simple for it clearly begs a “no.” Of course every citizen of Turkey cannot be Turkish, since the country is also home to people with other identities such as Kurdish, Arab or Armenian. The current constitution of Turkey, however, strongly rejects that plurality. Prepared in 1982 under the auspices of a nationalist military junta that took Turkey over two years before with a bloody coup, the constitution adamantly states in Article 66:

“Everyone bound to the Turkish state through the bond of citizenship is a Turk.”

For those citizens of Turkey who really do identify themselves as Turks, who probably make some 80% of the general population, this clause might not be terribly disturbing. Yet for others, it has implied an unacceptable policy of enforced assimilation. Especially the largest non-Turkish ethnic group in Turkey, the Kurds, who make estimated 15% of the population, have considered this imposed “Turkishness” as an attack on their identity, with practical results such as bans of their language and culture. Hence one of the key demands of the Kurdish political movement, and of the liberals who support some of their claims, has been the introduction of an “ethnicity-free” definition of citizenship.

However, it is has been hard to convince the society and the state about such a change, for it would mean undoing the legacy of none other than Mustafa Kemal Atatürk (1881-1938), the founder of modern Turkey who is still the object of a national cult of personality. Having witnessed the tragic dismemberment of the multi-ethnic Ottoman Empire because of ethnic nationalism, Atatürk had decided to create a fully homogeneous nation designed by an all-powerful state. Hence he officially promoted the idea that all remnants of the Ottomans were “in fact” Turks, and the state’s job was to “educate” everyone accordingly. His motto, “How happy is the one who says ‘I am a Turk’,” was engraved on every public building, and even mountain tops, to guide the public. The generals who launched the 1980 coup — and who publicly called Kurds as “mountain Turks” — were only Atatürk’s loyal followers.

However, the Kurds were not willing to bow down to this dictate, and their response came with a vengeance: the PKK, or the outlawed Kurdistan Workers Party, launched a guerilla war against the state in 1984, which has continued to this date. The PKK’s political goals oscillated between full independence and local autonomy, but one of its demands has remained unchanged: the ending of the enforced assimilation of the Kurds.

Notably, the AKP (Justice and Development Party), which has been in power since 2002, has accomplished important reforms in this cultural realm. The AKP leader and Prime Minister RecepTayyip Erdoğan has repeatedly said that Turks and Kurds, along with other ethnic identities, together make up “one nation.” Over the years, Kurdish language courses were allowed, an official Kurdish TV channel was launched, Kurdish classes were introduced into public schools, and criminal courts began accepting testimonies in Kurdish. “The age of assimilation has ended,” Erdoğan proudly said last year, adding that this is one of the reasons that many Kurds vote for his party.

However, the constitutional basis for assimilation remains, and some still want to keep it as is. This became evident during the discussions in the “constitutional commission,” a body in the Turkish parliament in which equal number of deputies from the four main parties have been working for months to draft the new constitution. The AKP and the BDP (Peace and Democracy Party), a pro-Kurdish party with clear pro-PKK sympathies, seem to agree on an “ethnicity-free definition of citizenship,” whereas the MHP (Nationalist Action Party), the standard bearer of Turkish nationalism, opposes any change in the definition of citizenship. The main opposition CHP (People’s Republican Party), which is always torn between its conflicting claims of being social-democratic and staunchly Atatürkist, also cannot forego “Turkishness” and suggests a milder version of the MHP’s line.

These days, the speaker of the Turkish Parliament, Cemil Çiçek, is shuttling between these four parties to find a consensus on the thorny issues of the would-be new constitution, including this most burning one. It is not just the deputies, however, but also the whole society who needs some soul-searching on how Turkey’s political structure can be more inclusive of the diversity of its people. Otherwise, in the long run, the very integrity of the country will be growingly at risk.