Kadri Gursel analyzes Turkey's European policies, its prospects for EU membership and what this all means for the "Turkish model." 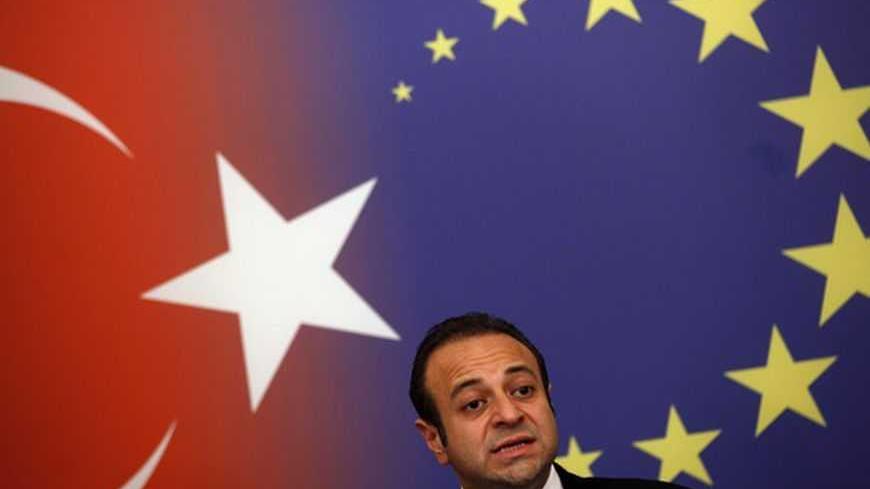 An article from Cairo published in Zaman, the highest-circulation newspaper of Turkey, on Dec. 28 was noteworthy: “Middle East admires European Turkey.”

Before going to that article, we have to note that Islamic Zaman is the media arm of the Gülen Movement, recognized worldwide with schools in more than 100 countries. This Islamic socio-political movement has a Turkey-wide social and economical network and an influential structure, especially in the governmental bodies. Now, let’s read the first sentences of the text in Zaman:

“The words 'Turkish model’ and ‘Turkish experience’ were used for years to describe Turkey, which increasingly became attractive in the Middle East with her rich culture, ability to let religion and modernity to coexist. Its offensive and popular TV serials are now less heard. Indicating that the interest in Turkey accelerated following its application for full membership in the European Union in 2005, Turkey experts in the region say that Middle Eastern people, especially Arabs, admire the European side of Turkey. Experts underline that, being a member of European Union, Turkey will further attract the interest of Arabs.”

Cumali Ünal, Cairo correspondent for Zaman, reflected the opinions of Egyptian journalists, experts and businessmen who support the EU perspective of Turkey. The following sentence, which he cited from the journalist Sara Khorshid, summarizes the message of his article: “If some day Turkey becomes a member of the EU, this shall further elate the Arabs.”

I wonder if Turkey can really be a member of EU one day, as the Egyptian journalist expects.

It is impossible to respond positively until the obstacles to full-membership negotiations between the EU and Turkey are overcome.

The engine of the EU membership process is negotiation. But this engine which is expected to carry Turkey to membership is malfunctioning at the moment; it can run only on idle. The negotiations may only be considered a legal framework on paper.

The fundamental reason for the impasse is the Cyprus dispute.

Following Turkey's refusal to open its air and sea ports to the Republic of Cyprus, which became a member of the EU in 2004, EU leaders decided at the end of 2006 to suspend eight chapters in their negotiations with Ankara and not to conclude the opened chapters until Turkey “fulfills its obligations arising from the agreements.” The second blow came from President Nicolas Sarkozy’s France. Categorically opposing the EU membership of Turkey, France vetoed the opening of five chapters with Turkey in 2007.

The loss of the dynamism of negotiations, the squeamish attitude of the leaders and public opposing the membership of Turkey and finally, great shocks experienced by some EU members in the global financial crisis combined and caused a sharp decline in the earlier excitement of the idea over EU membership among the Turkish public.

Not only adverse factors play a role in diminishing of support to EU membership by the Turkish public. Achieving high growth rates after 2010 by avoiding the negative effects of the global financial crisis while EU economies are still in crisis has increased the self-confidence of Turks. This confidence leads them to think that they don’t need EU as they had in the past.

And finally, it is necessary to talk about the new foreign policy of Turkey as one of the important factors which diverts Turkey away from the EU.

Parallel to the waning of EU-membership support, the Middle East ranked first among the foreign-policy priorities of Turkey when Ahmet Davutoğlu became foreign minister in 2009. One of the most significant effects of the new Turkish foreign policy was the change in Turkish political culture. Turkey is now a much more Middle Eastern country as compared to in 2006, when the negotiations with the EU were suspended. It must even be stated that Turkey is on an accelerated Middle-Easternization course.

Such a political culture change, or Middle-Easternization, plays great role on Turkish people’s waning desire for EU membership as compared to the past.

However, as she becomes Middle-Easternized, Turkey is gradually losing her soft power in the Middle East. This is a paradox. One of the most important sources of power for Turkey is to be a model for the region, being the sole country in the region to engage in full membership negotiations with the EU. This was Turkey’s unique feature, not observed in any other country in the region. Now, this unique soft power of Turkey exhibited to the Middle East is gradually fading.

An adverse sign came in 2012: A finding in the last “Perceptions of Turkey in Middle East” poll of Turkish Economic and Social Studies Foundation (TESEV), a liberal think tank based at İstanbul, was thought-provoking for “a secular and democratic Turkey which is a member of NATO and which continues full membership negotiations with EU.”

In a poll conducted last August with by interviews with 2800 people in 16 Middle Eastern countries, 28% of respondents thought that Turkey follows a sectarian-based foreign policy.

This sectarian-based policy perception is at a level of 30% for Egypt and Qatar, and about 25% for the United Arab Emirates. Comparatively, 28% for Turkey must not be considered a low level, as also indicated by TESEV.

There hasn’t been any progress which may lower this perception of sectarian, that is, pro-Sunni foreign policy, since the time of the polling. This perception obviously arises from the Syrian policy of Turkey. On the contrary, an increase of that perception may be likely.

Together with the fading EU perspective, the hope of establishing a pluralist, libertarian, inclusive and egalitarian democracy in Turkey is also weakening.

Unfortunately, “EU bashing” has become a more frequently encountered political attitude in Turkey, parallel to the increase in the self-confidence of the new Turkish elite. Recently, the most spectacular example of this was given by Burhan Kuzu, an AKP parliament member known for his closeness to Prime Minister Erdoğan and the chair of the Constitution Commission of the Turkish parliament, by tossing into the waste basket — in a TV broadcast last October — the EU Progress Report that criticized Turkey more severely than ever before.

Turks have a saying, “Keep hoping unless death is certain.” The status of membership to EU reminds us of this axiom.

That is why messages by various players within the Islamist/conservative ruling configuration in the direction of activating EU perspective are important.

However, it is a must for the leading capitals of the EU to establish a joint political will for anchoring Turkey to the EU again, also considering the conditions of the Middle East and to give Turkey the assurances of a sustainable negotiation process. It is not possible to overcome the impasse in Cyprus in the absence of this. Of course, Turkey must also demonstrate her seriousness and sincerity on the matter of membership to EU to its European audience.

Meanwhile, some may think that the article in Zaman contains the message that “EU is considered this time to be an useful means to exploit for Turkey to express its priority to the Middle East.”

In the page of Zaman dated Dec. 28 where this article was printed, an article containing the following lines by Kerim Balcı, a conservative intellectual, was also published:

“Our most successful experience has showed that Turkey may not democratize by herself and preserve her democratic gains. [...] EU membership is the only secure superstructure for Turkey despite all the EU’s managerial weaknesses and the economical crisis which it is experiencing.”