France-Turkey Relations Back On Track

The announcement that France has lifted some roadblocks to Turkey’s membership in the European Union signals that relations between the two countries are on a more positive track, writes Semih Idiz. 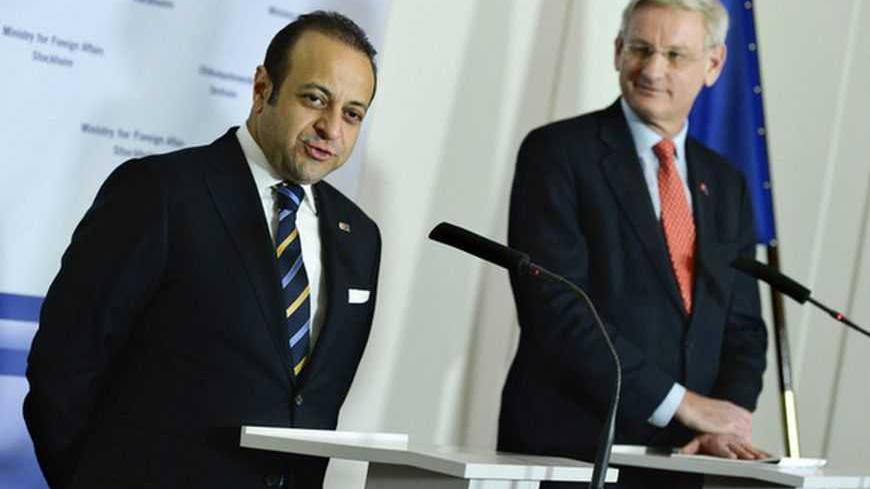 France announced on Feb. 12 that it would partially lift its blockage of Turkey’s European Union path, thus setting the stage for improved ties with Ankara and raising hopes that Turkey’s stalled relations with the EU can be reanimated.

Improved ties between Ankara and Paris are also expected to end the rivalry between the two countries in the Middle East and North Africa (MENA), placing them in a more cooperative mode that contributes to stability in the Eastern Mediterranean.

Ties between Ankara and Paris went into a tailspin under former President Nicolas Sarkozy, who revealed an ingrained antipathy toward Turkey long before he was elected in May 2007. The “one-term” former president, who remains a controversial figure in France, had also argued that Turkey could not become a member of the EU because it belonged to a different civilization.

Once elected, President Sarkozy immediately blocked five crucial chapters in Ankara’s EU membership talks, despite the fact that France had given its official blessing in 2005 for these talks to take place. He argued that the chapters being blocked pertained to full membership, which his country opposed.

Sarkozy was prepared at best to accept a “privileged partnership” status for Turkey, which fell short of full membership and which Ankara rejected out of hand, accusing France of reneging on its international commitments.

Recalling that the ties between the two countries go back to the 16th century, when Francis I and Suleiman the Magnificent established an alliance, many Turkish and French commentators wondered what Sarkozy hoped to gain in the long run from this policy.

It was also remarkable for Paris to move in this direction at a time when Turkey’s star was rising noticeably in the world. Some even concluded that Sarkozy's attitude had something to do with his family’s Ottoman past.

But “Sarkozy’s ax hit a stone,” to quote a Turkish saying, early in his term, when he tried to launch a French-led “Mediterranean Union” and offered Turkey full participation in this, expecting Ankara to happily accept. Ankara, however, was cool toward this project from the start, suspecting a French ploy engineered to entice Turkey away from the EU.

In the end, Sarkozy’s Mediterranean project failed because of resistance from within the EU. In the meantime, Ankara proved it, too, had tricks to respond to Paris’s negative attitude in ways that hurt French interests at a time when that country was heading for an economic crisis.

While no official embargo was declared, since this would bring liability under Turkey’s international commitments, Ankara nevertheless ensured that French companies failed in their bids to compete in multibillion-dollar Turkish contracts, especially in the strategic area of energy.

Sarkozy angered Ankara further when he called a conference on Libya in 2011, to which he did not invite Turkey, ostensibly because of Prime Minister Recep Tayyip Erdogan’s initial opposition to a NATO operation against the Qaddafi regime. Many saw Sarkozy’s move as another sign of Paris’ attempt to keep Ankara out of the sphere of influence that France was trying to develop for itself.

Ironically it was during the conference on Libya in Paris on Feb. 12, which brought together 15 foreign ministers, including Turkey’s Ahmet Davutoglu, that France announced it would start unblocking Turkey’s EU path.

After meeting Davutoglu on the sidelines of the conference, French Foreign Minister Laurent Fabius said the ministers would unblock one of the chapters in Ankara EU negotiations, namely the one on “Regional Policy and Coordination of Structural Instruments.”  This, French sources were later quoted saying, was only a start and similar steps would follow.

“France will extend support to Turkey’s EU membership negotiations,” Fabius told reporters in Paris, going on to add that in his talks with Davutoglu, they also “reached a consensus on consolidation of friendly relations with Turkey.”

Davutoglu for his part said tellingly, after his talks with Fabius, that they had also “discussed how Turkey’s membership will contribute to the EU, regarding the developments in the Mediterranean dimension.”

Meanwhile in Ankara, Turkey’s EU minister Egemen Bagis was beaming over France’s change of heart. “This news comes to us like medicine at a time when we have forgotten how it was to receive good news from the EU,” he said. Bagis nevertheless cautioned that there were still chapters blocked by Paris, adding that the latest positive development was “just a beginning that has to be followed up.”

It is unlikely that France’s move will smooth Turkey’s EU path to the extent that Ankara desires, although Paris' latest decision is a serious contribution to that end. But hurdles remain in front of Turkey’s EU bid. The eurozone crisis and the Cyprus issue are just two that come to mind. Turkey also has much to do yet to satisfy the EU’s political and economic criteria for membership.

That aside, however, the decision by Paris vis-a-vis Turkey’s EU bid contains tangible benefits for France, too. For one thing, French companies are in a position once again to invest in strategic sectors in Turkey, and thus not only generate income for France, but also provide jobs at home.

That, however, is not all. Both Turkey and France are concerned with developments in the MENA region. Ankara and Paris appear closer on Syria today — with both agreeing that the priority must be to see President Bashar al-Assad go — than Ankara and Washington are. The U.S. seems to be inching toward a negotiated settlement with Damascus, to which Ankara remains opposed.

The French move for a rapprochement with Turkey also comes at a time when France is involved militarily in Mali. So far the French intervention, which has international support, has gone unexpectedly well, despite the fact of a Western country intervening in an overwhelmingly Muslim country.

Paris will nevertheless need strong partners and allies in the Islamic world to complete this mission successfully and come out with its image not just intact but also enhanced in the Islamic world. Turkey was initially cool to the French intervention, with Prime Minister Erdogan going so far as to paint it as a neo-colonialist attempt to grab the African nation’s natural resources.

It was clear, however, that Erdogan’s attitude was off-key with regards to the reality of the situation in Mali, and his words were taken by diplomats in Ankara as being aimed more at scoring populist points with his grassroots Islamist supporters than anything else.

It is also noteworthy that Erdogan has toned down his anti-French rhetoric in recent days, even welcoming Paris’s decision to unblock a chapter in Turkey’s EU talks.

There are of course issues that could still poison Turkish-French relations. Attempts to criminalize and penalize the denial of the Armenian genocide in France, a highly touchy topic for Turks, is one of them. President Francois Hollande has also said he will work for this. But how and when is not clear, since the previous law on this, approved by the French parliament in 2012, was quashed by the Constitutional Council on the grounds that it violated the freedom of speech.

Given the new spirit of rapprochement between Ankara and Paris, however, and the positive results expected to flow from this — not just in terms of bilateral political and economic ties but also in terms of what is developing in the Eastern Mediterranean — it seems unlikely Paris would want to go down the path opened by Nicolas Sarkozy again.