Turkey is struggling with a Syria policy that has served only to prolong the conflict, as Ankara finds itself at odds with Paris over both Mali and Syria, writes Semih Idiz. 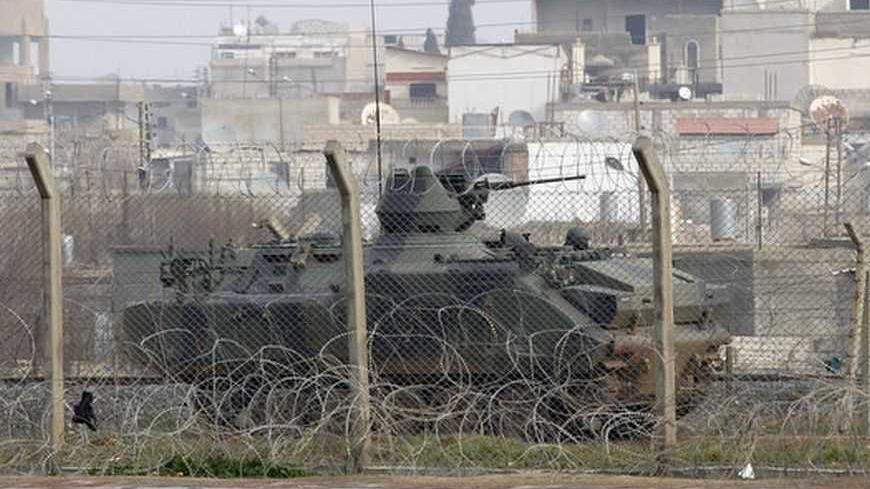 As the Syrian crisis rolls on with no apparent end in sight, Turkish Prime Minister Recep Tayyip Erdogan and Foreign Minister Ahmet Davutoglu have little left in their diplomatic pouch to put Ankara at the forefront of efforts to solve this seemingly intractable problem.

Their frustration is showing, too, as both continue to rail against the inactivity of the international community, and are unable to suggest anything new to end the deadlock.

Meanwhile, developments are moving in a direction that neither can be too pleased about, given their grand vision which places Turkey at the center of everything to do with the region. One such development was the meeting in Paris on Jan. 28 that brought together senior members of the Syrian National Coalition and officials from 50 countries, including Turkey, in new push to solve the crisis.

While the meeting produced little concrete results, it still put the limelight on France at a time when Erdogan and Davutoglu are annoyed over the French intervention in Mali.

Predictably linking Mali and Syria, Erdogan used harsh words against France during an address over the weekend in Istanbul, speaking to a domestic audience ready to accept his remarks at face value.

“Why are they attacking Mali now?” Erdogan asked abrasively, going on to point at that country’s underground gold reserves. Recalling that Mali was once a French colony, Erdogan openly implied that Paris’ prime motivation here is to get hold of Mali’s natural resources.

“Why are they not coming to Syria? Because there is no oil or gold in Syria. There, you only have people who are struggling for independence” he lamented, conveniently disregarding the relevant UN Security Council resolution on Mali, as well as the fact that France has international support, including support from Africa, for this operation.

Erdogan was also either unaware or simply did not care that senior members of the Syrian opposition would be gathering in Paris in order to seek French help only two days after these remarks. The simple fact is that diplomatic and political efforts to solve the Syrian crisis have drifted away from Turkey, even though Ankara was at the center of these efforts until fairly recently.

The irony here is that Turkey and France are actually on the same page as to what should happen in Syria. Both see no role for Bashar al-Assad in any settlement formula. Both are calling for increased international support for the Syrian opposition to topple Assad and his regime.

This, however, has not increased cooperation between Ankara and Paris, as might have been expected. Rather than cooperate, Turkey and France, whose ties are already strained over issues like Ankara’s EU membership bid and the Armenian genocide, have from the start of the Arab Spring been competing for influence in the Eastern Mediterranean.

Remarks by French Foreign Minister Laurent Fabius after his meeting with the Syrian opposition in Paris also revealed that France and the US  are now concerned together that extremists could hijack the Syrian uprising to establish an anti-Western Islamist entity in that country after Assad.

Erdogan and Davutoglu have said little, if anything, to date about this topic, leading many commentators not only in the West, but also in Russia and Iran, to openly claim that Turkey is turning a blind eye to the “Sunni jihadists” entering Syria with their own agenda.

Meanwhile, Turkey has also been cool toward efforts by UN-Arab League envoy Lakhdar Brahimi to work out a settlement between the Assad regime and the Syrian opposition. Remarks by Martin Nesirky, the spokesman for the UN Secretary General, after a Jan. 21 meeting in New York between UN Secretary General Ban Ki-moon and Brahimi, did not go down well in Ankara either.

Nesirky indicated that the two men had "expressed deep disappointment and anguish at the appalling levels of killing and destruction carried out by both the government and the opposition, fueled by outside powers providing weaponry to both sides.”

Erdogan and Davutoglu are vehemently opposed to all attempts to apportion equal blame for the crisis in Syria among the regime and the opposition, arguing that it is Assad and his clique that are solely to blame for the events in that country.

As to whether Turkey is arming the Syrian opposition, Davutoglu was circumspect in Davos recently during the World Economic Forum when asked about this.

“The Syrians know how we are helping them. But if you want a definite answer, this would not be right. I have to be diplomatic,” he said, leaving the question unanswered.

Erdogan and Davutoglu, who detest the fact that Brahimi is negotiating with the Syrian regime, reject any formula which would have Assad at the table. Davutoglu repeated Ankara’s opposition to this also in Davos.

“The Syrian opposition, neighboring countries and 175 members of the United Nations have agreed to a transition process without al-Assad,” he said, although he knows well that two key neighbors of Syria, Iran and the government of Prime Minister Nouri al-Maliki in Baghdad, continue to support Assad.

The question here, given this backdrop, is whether Turkey’s stance, which is also shared by Washington and Paris to a great extent, has been helpful in terms of stopping the deaths of innocents to which Erdogan and Davutoglu always refer when mentioning Syria.

The crisis in Syria today is no longer a simple question of ethics, much to the annoyance of Erdogan and Davutoglu, but is stage where international politics, involving not just regional countries, but also global powers, is at play — a fact that has resulted in the present deadlock.

One could argue, therefore, that Syrians are as much victims of Assad’s brutality and Russia and Iran’s clearly immoral support for the Syrian regime as they are of the West’s and Turkey’s inability to see that Assad has more staying power than expected, and to act accordingly to prevent the bloodshed.

One could also argue that if stopping innocent blood from being spilled is indeed the principal concern for Erdogan and Davutoglu, they should retain a flexible stance which does not discount any option that might end the conflict.

Despite the lessons of the war in Yugoslavia that was finally resolved with all the protagonists, pleasant or unpleasant as they may have been, sitting around one table, Ankara has preferred to stand firmly behind the Syrian opposition and support its refusal to deal with Assad and his regime in any way.

Given that it is not just the West, but also Islamic countries, that have refused to get embroiled in the Syrian crisis militarily, this stance by Turkey has ultimately also contributed to the current stalemate.

Nothing has frustrated Erdogan and Davutoglu more than Syria. Assad turned out to be the rock on which their great expectations for Turkey in the Middle East foundered.

It is therefore not clear if it is more important for them to work now to quickly end the bloodshed in Syria by any political means or to simply see Assad go, no matter how long it takes and what it costs in lives.

An ethical stance is always admirable in human affairs. But when it comes to international affairs — a domain traditionally marked by amorality — one has be cold blooded and wonder if sticking to the ethical line actually helps or prolongs a crisis that is costing so much in innocent lives. That is Turkey’s current dilemma.

Semih İdiz is a contributing writer for Al-Monitor’s Turkey Pulse. A journalist who has been covering diplomacy and foreign-policy issues for major Turkish newspapers for 30 years, his opinion pieces can be followed in the English language Hurriyet Daily News and Taraf.