Would Obama Ever Tell Netanyahu 'You’re on Your Own'?

Akiva Eldar wonders what would happen if President Barack Obama ever told Prime MInister Benjamin Netanyahu that Israel was on its own. 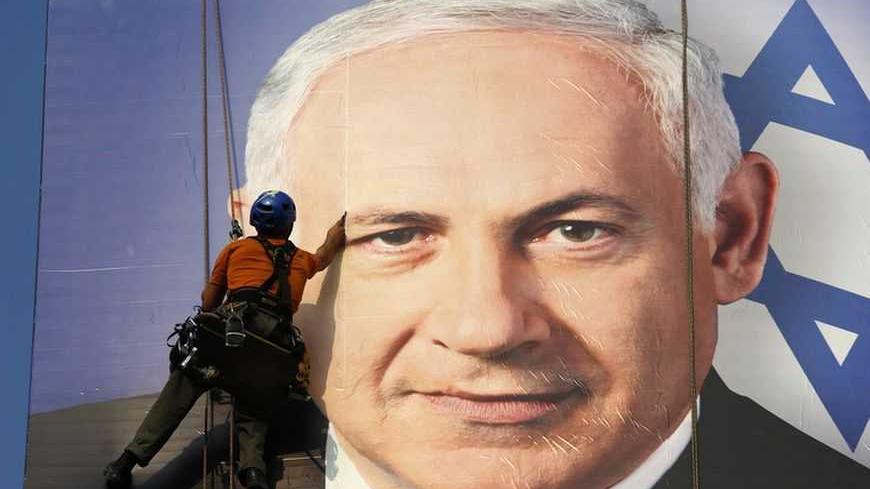 When the radio announcer quoted Prime Minister Benjamin Netanyahu’s proud national response to the unprecedented criticism directed at him by President Barack Obama on Tuesday [Jan. 15], I was standing at a particularly long red light.

I turned my head to the left, toward one of the large billboards. “A Strong Leader for a Strong Nation,” it said, next to a huge photo of Benjamin Netanyahu. How many additional votes will now be cast for the Likud-Beiteinu? I wondered. How many of the drivers waiting in despair for the light to turn green are hearing this now and telling themselves: “We’re lucky to have a strong prime minister. Only Bibi can put this Obama in his place.”? I recalled that a poll conducted in Israel on the eve of the US presidential elections found that if Obama were to immigrate to Israel, he would find it hard to even be elected as mayor of Petah Tikva [a town near Tel Aviv].

It’s not at all certain that Obama and his political advisers are pleased with Jeffrey Goldberg’s column on the Bloomberg network. I would not be surprised if they send Dan Shapiro, the US ambassador to Israel, to one of the Israeli TV networks in the coming days to say that “never have ties between the two countries been so wonderful.” But if Obama’s private conversations, as quoted by the American journalist, are accurate, then never has such sharp criticism been leveled at an Israeli prime minister (“a political coward” and “Israel doesn’t know what its own best interests are,” to name some).

And this made me think, as the car slowly crawled toward the lights, what will happen on the day Obama has his fill of us, on the day he tells Netanyahu: “You’re on your own, manage by yourselves.” We’re not just talking about a mental exercise: A series of messages from the United States indicate that Obama is tired of squabbling with Netanyahu. The American president has “given in” to our strong leader and is nearing a difficult decision — a decision more dangerous than anything else: to accept Netanyahu’s reprimand with humility, to completely stop intervening in Israel’s affairs and to tell the Israeli public something like, “You wanted a strong leader? Well, you got one. Let him extricate you from the UN Security Council and the Council of Europe. Just don’t bother me. I have enough trouble of my own.”

The trailer for the likely scenario of an “Obama-less Netanyahu government” was aired around the world last year on Nov. 29, the day the UN voted to accept Palestine as a non-member observer state (On the same date, Nov. 29, 65 years ago, a decision was approved at the same place to divide the land of Israel into two states, paving the way for the establishment of the state of Israel.) Not only did Obama refrain from pressing Germany and other key European governments to vote in the UN General Assembly on that day against recognition of Palestine as a non-member state; the American president even conveyed to them with a nod and a wink that he would not protest if they abstained, and even voted in favor of the Palestinians.

And what happens if a right-wing government led by Netanyahu decides to issue a new tender for the expansion of settlements, or to build a new neighborhood in East Jerusalem? Netanyahu knew during his first term that he could still count on Obama to automatically intercept a condemnation of Israel in the Security Council. Not any more. From the day that Obama gets sick of us, all he has to do is to instruct the US ambassador to the UN to absent himself from the vote, and if need be, to bring a doctor’s note. Next time he won’t wink at the Europeans. The president will encourage them to teach Netanyahu who is stronger.

Apropos Europeans — in Europe there are no AIPACs (the strong pro-Israel lobby in Washington) to intimidate members of parliament. The foreign ministries in Paris and Madrid have long been considering a total ban on products made in the settlements. And some countries are already toying with the idea of sending Israelis to stand in line at their consulates each time they want to take their kids on a Bar-Mitzva trip to Western Europe.

In the next government’s term, when Obama no longer backs Israel, President Shimon Peres will not be able to repair the damage caused by Netanyahu and former Foreign Minister Liberman to the country’s foreign relations. It’s also unclear whether Defense Minister Ehud Barak will be around to tell the Americans and Europeans that Netanyahu is about to thaw out the negotiations with the Palestinians and freeze the settlements. Not to mention the foreign forces that will be happy to gain a foothold in our region. It’s well known that in the Middle East there’s never a vacuum, and if the United States goes, someone else will take its place. The Russians, for example, will gladly volunteer.

And how will our economy fare if, according to the “do it on your own” policy, US aid is cut, or even completely stopped? Where will we get spare parts?

And we haven’t even mentioned the Iranian threat, yet.

Traffic has finally started moving. The words “a Strong Leader for a Strong Country” once again flash in front of my eyes. One last look toward the huge billboard. I accelerate and think to myself that Israel’s true strength does not lie hidden on the outskirts of Dimona (according to foreign sources); it lies (according to open-source material) at the heart of Washington. A strong Israel is the one perceived by its neighbors as a close ally of the world’s strongest power, not the one showing off hollow muscles on billboards.

Akiva Eldar is a contributing writer for Al-Monitor’s Israel Pulse. He was formerly a senior columnist and editorial writer for Haaretz and also served as the Hebrew daily’s US bureau chief and diplomatic correspondent. His most recent book ( with Idith Zertal), Lords of the Land, on the Jewish settlements, was on the best-seller list in Israel and has been translated into English, German and Arabic. In 2006, the Financial Times named him among the world’s most influential commentators.  He received the annual “Search for Common Ground” award for Middle East journalism and the Peace through Media Award of the International Council for Press and Broadcasting. Eldar was born in Haifa, Israel, in 1945 and graduated from Hebrew University of Jerusalem, where he majored in economics, political science and psychology.