Akiva Eldar talks to Meretz leader Zehava Gal-On, who pledges to mount a strong opposition, but admits that she sometimes wishes to work in the government. 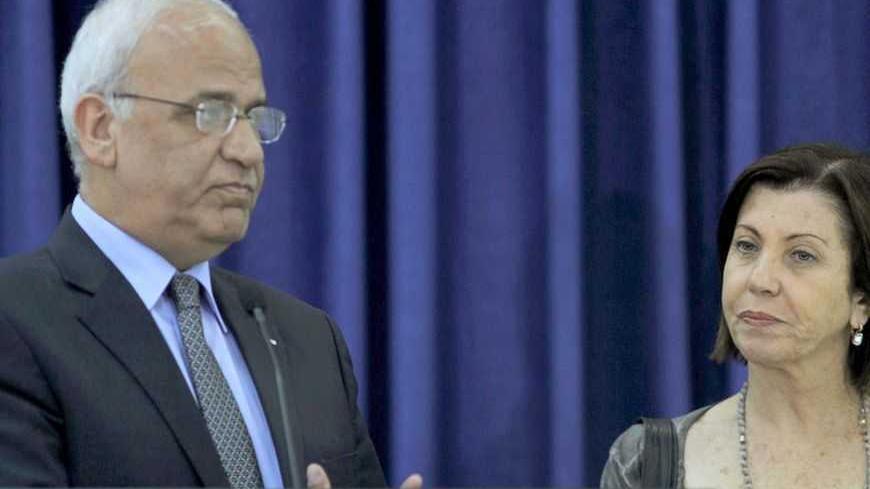 Were it not for the 19 Knesset seats of Yesh Atid, the left-wing party Meretz would have been crowned as the surprise of the elections to the 19th Knesset.

Barely two months ago, Meretz was buried by pundits and discounted by politicians. Polls gave it four seats in the Knesset, at most, until the very last moment. When Hatenua leader Tzipi Livni called on Yesh Atid chairman Yair Lapid and Labor Party leader Shelly Yachimovich to form an obstructive anti-Netanyahu bloc, she didn’t bother mentioning Zehava Gal-On as a potential partner. When Yachimovich defended herself against critics who accused her of concealing Labor’s agenda on political issues, she said hers was the only party with a political platform. She ignored the fact that several weeks ago Meretz unveiled a plan calling for the replacement of negotiations based on the Oslo Accords with immediate recognition of a Palestinian state based on the 1967 borders.

As is the case in other parties and in politics, in general, some Meretz members are toasting the results with a glass that’s half-full, seeing the doubling of the small left-wing party’s strength from three to half a dozen seats. And then there are those crying over a glass that’s half-empty — mourning the loss of three potential additional seats that would have tripled the party’s showing in the Knesset. The first group lauds Zehava Gal-On’s leadership, her commitment to the principles of the Zionist left and her courage. The others complain about the shortcomings of the election campaign (for example, addressing a voter condescendingly with the expression “my soul”). They believe that if Meretz had been headed by a left-wing charismatic 'Naftali Bennett', the party would have garnered thousands of additional votes from the young Tel Avivians who swarmed in droves to the Yesh Atid Party led by Yair Lapid. They claim Meretz failed to cash in on the potential of the intellectual elites, who had been jarred out of their complacency by the right-wing take-over of the education and culture systems.

In a special interview with Al-Monitor, a day after the elections results were published, Gal-On talked about the campaign and the targets she has set.

Congratulations on the important achievement. But after four bad years on the political and social fronts, this is the best you could do?

“I am still celebrating with my people. They deserve to celebrate. I think six Knesset seats are a huge achievement. In the era of messianic-religious-settler sentiment that’s sweeping the country, actually saying one is part of the left wing is considered virtual treason. When I was elected Party chair, the forecasts were grim to the extent that we would not even have enough votes to get into the Knesset. In the last elections, barely 30-40 people came to our campaign gatherings on campuses. You should have seen the hundreds of students who surrounded me in the final university tours of this campaign. It was hysteria. The leaders of the protest [the social protest of summer 2011] went to Shelly Yachimovich, and the protesters themselves went for Meretz.”

On the other hand, you did not have a single Middle Eastern candidate in a realistic position on your list and the Arab candidate did not bring in votes from his constituency. For the first time ever, there is no representation of the Kibbutz movement (whose representative Abu Vilan came in 7th on the party’s list of Knesset candidates).

“You’re right. Mossi Raz was in 8th place and Uri Zaki in 10th, but we have to do more to penetrate the periphery and I plan to do so. I am also very sorry that the kibbutzim did not gain representation. On the other hand, we are the only Knesset faction to have a 50% female representation, including young, dynamic women. Meretz gained a lot of support among young people, students and first-time voters. Most writers, artists and intellectuals supported us. I intend to cash in on this achievement with activity on campuses and in the social media and to gear up for the municipal elections (to be held in November) so that next time, we will have a bigger Meretz. The political map is becoming more sharply delineated — there’s the right and its radical satellites, there’s a large center with Yesh Atid and Labor, and there’s Meretz on the left. Our uniqueness is in our branding as a left-wing standard bearer of human rights, as a party of values steering a clear course, devoid of celebrities and stars. Eretz Nehederet [a popular satirical television program] lampooned me in a skit as a politician who keeps repeating, ‘occupation, occupation, occupation.’ True. We have not budged from our values. Shelly said that describing the Labor Party as left-wing was an historic injustice. I think the occupation is an historic injustice. There were those who said to me that perhaps we should opt for a single message — the social one, but I can’t sell the public only what it wants to hear. I am not the product of campaigns and advisers. I have a scale of values. I am not a political novice. I wasn’t out to get rating.”

Your critics told me that they believe that if Meretz had been headed by a left-wing charismatic 'Naftali Bennett', the party would have garnered thousands of additional votes from the young Tel Avivians who swarmed in droves to the Yesh Atid Party led by Yair Lapid.

“This is a baseless chauvinistic, and unfair argument. Most of the leading intellectuals, authors and artists supported us. Most of Lapid's voters came from the brogues constituency”.

How will you conduct your battles from the opposition when Yair Lapid and perhaps Tzipi Livni are in government?

“I am not resting on our laurels and I’m already working to translate the achievement into a Knesset battle to promote peace, equality and other values that guide us. Unlike the others, our struggle does not depend on the governing coalition. The new government will face giant challenges in the diplomatic and economic fields. President Obama has already sent up a warning flare through journalist Jeffrey Goldberg. I don’t believe the international community will be tolerant of a recalcitrant government and this will force Meretz to be dominant in this area. We plan to initiate public discussion of our political program and to challenge the tenders for new construction in the settlements in the face of a 40-billion-shekel deficit. We will provide alternatives for the cuts in welfare, such as cuts in defense and settlement budgets. A government whose agenda is narrowly focused on housing issues, a sharing of the defense burden and a reform of the electoral system, is a government 'running away from the harsh reality' (refers to the Hebrew title of David Grossman’s book “To the End of the Land” about a woman running away from the inextricable and unbearable news of loss, A.E.). It will be incumbent upon us to raise the truly important issues."

You proposed to Lapid the formation of an anti-Netanyahu bloc with 61 seats, including those of the Arab parties. Do you regard that as realistic?

“First off, I suggest that he stops aiding and abetting the de-legitimization of the Arab public. How can he write off one-fifth of Israel’s citizens? I call on him not to throw Bibi a lifeline …”

But what is the alternative? Chaos? After all, we need a budget and a stable government.

“If Lapid doesn’t join, Bibi will not be able to push through a budget and within a year we can hold elections and form a center-left government. I understand that the government is signaling him and it’s nice to bask in the glow of public consensus. I know that his supporters are pressing and convincing him that ‘a bird in hand is better than two in a bush.’ But if one wants to go the distance, one has to take the risk and not join a radical right-wing government. Joining a Bibi-Bennett government is a slap in the face of the Yesh Atid voters. As they say in football, after every Saturday comes Saturday evening [football matches in Israel are generally held on Saturdays]. Life doesn’t end with one term.”

What kind of compromise are you willing to make for this to happen? For example, would you side side-by-side with the ultra-Orthodox parties in a government?

“I am definitely willing to conduct negotiations with Shas and Yahadut Hatora. We were together in the Rabin government [1992]. I think this whole business of ‘a shared burden’ is nonsense. It’s code for those who want to keep messing about and wallowing in the mud. They [the ultra-Orthodox] should be allowed to perform national service and, more importantly, made to study core [curriculum] subjects in the ultra-Orthodox school system to provide them with equal opportunity in the job market”.

After so many years in the opposition, don’t you feel like being a government minister and a partner in making important decisions?

“Sometimes I really feel like being in government. I could do a pretty good job in the ministries of education, interior or welfare.”

Akiva Eldar is a contributing writer for Al-Monitor’s Israel Pulse. He was formerly a senior columnist and editorial writer for Haaretz and also served as the Hebrew daily’s US bureau chief and diplomatic correspondent. His most recent book (with Idith Zertal), Lords of the Land, on the Jewish settlements, was on the best-seller list in Israel and has been translated into English, German and Arabic. In 2006, the Financial Times named him among the world’s most influential commentators. He received the annual “Search for Common Ground” award for Middle East journalism and the Peace through Media Award of the International Council for Press and Broadcasting. Eldar was born in Haifa, Israel, in 1945 and graduated from Hebrew University of Jerusalem, where he majored in economics, political science and psychology.