In order to create a credible opponent to Prime Minister Benjamin Netanyahu, Israel's center-left parties must reach out to the "forgotten" voters: Israeli Arabs, women and the Russian immigrants, writes Akiva Eldar. 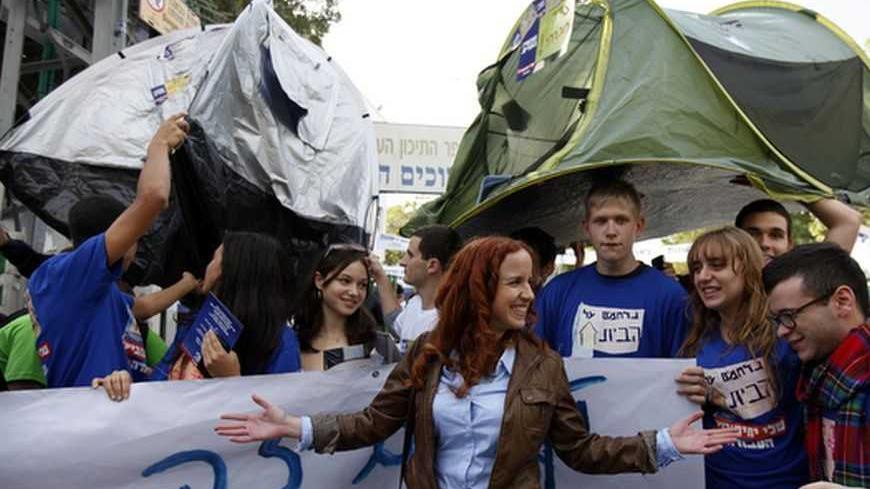 The decision by Prime Minister Benjamin Netanyahu to move the elections up to January 2013 left his political rivals with very little time to present voters with a fitting alternative — but they also wasted what little time they had.

As has often been noted on this site and elswhere, leaders of the center-left parties have waged ego-driven battles instead of uniting to form the largest party in the Knesset after the elections, hopefully bigger than the sum of its parts. But even if the sudden talks about joining forces over the weekend of Dec. 4 between Shelly Yachimovich (Labor), Tzipi Livni (Hatenua) and others signaled the formation of a united front to oust Netanyahu, their prospects against the right have not improved, nor has a dramatic change occurred.

The main problem of the center-left parties is not rooted in their leaders’ lack of willingness or ability to unite under one roof. As recent polls indicate, party unions such as the one between the Likud and Yisrael Beitenu barely impact the balance of power between the two blocs.

In my view, herein lies the biggest failure of the center-left bloc: the tendency to look for lost coins under the familiar streetlights in the center, after everyone else has already looked there. In order to find the tie-breaker, the bloc must seek out forgotten electorates that can bring about a real change in the balance of power.

Last week I wrote here about the changing Israeli demographic balance which has inevitably resulted in the strengthening of the right. Therefore, my advice to the leaders of the center-left is to get out and look for their missing electorate among the minorities and the disadvantaged. Go do your legwork among the Arabs, the Ethiopians, the Bedouins, outlying areas, women (more to come on this) and all those ignored by society. This is your last chance — and by the way, if by chance you gain power, don’t forget to reward them.

If these same leaders were to raise their eyes and look beyond the seas, they could learn from US President Barack Obama how to win elections without the mainstream (the American parallel being the white majority). He did so with the help of a coalition of minorities and disadvantaged communities that included Afro-Americans, Hispanics, Jews, gays and lesbians.

The last four years under a distinctly religious, right-wing Israeli government (with the occasional centrist party as a fig leaf) have created fertile ground for the activity of center-left parties among underprivileged groups, first and foremost being the Arab minority. Legislative proposals, anti-democratic in spirit and directed by Yisrael Beitenu, the Likud (and even some members of Kadima) against Israeli Arabs and inflammatory speeches by cabinet and Knesset members against their leaders should have paved the way for the return of the Labor Party and Meretz to this large public (20% of the Israeli population and 17% of the electorate).

But this did not occur. Instead, the Labor Party spent two years in the Netanyahu-Liberman government and did not do enough. A little historic reminder for the party’s leaders might not hurt. If we go back 20 years, to the 1992 elections, we will see that the first to understand the importance of Israeli-Arab support was the late prime minister Yitzhak Rabin. He was also the last leader to reward them for their support. Since then, leaders of the Labor Party only remember the existence of the Arabs during primaries and Knesset election seasons. Thus, for example, Ehud Barak, Labor’s candidate for prime minister in the 1999 elections, on a ticket that read “a state for all its people,” won a landslide victory among Arab voters. The day after the elections he called on Yisrael Ba’aliyah (a now-defunct Russian immigrant party) to join his cabinet, as well as ultra-Orthodox parties which had not even supported him, but did not bother inviting representatives of the Arab parties, not even for the sake of politeness.

It is therefore no wonder that Israeli Arabs are losing interest in the democratic process, thereby contributing, in fact, to the strengthening of the right-religious bloc and perpetuating its rule. In the last elections, in 2009, only 53.6% of the Arab electorate went to the polls. A survey conducted by the Organization for the Advancement of Democracy in Arab Society, jointly with the School of Political Science at Haifa University, shows that 50% of the Arab electorate do not intend to vote at all in the coming elections.

But as always, none of the Zionist parties have risen to the occasion. Meretz placed an Arab representative in the fifth place on its list of Knesset candidates; Labor earmarked one seat (in marginal 18th place) for Arabs among its first 20 candidates. Hatenua, headed by Tzipi Livni, placed a Druze in 12th place, also marginal. Kadima reserved a slot for an Arab in the totally unrealistic ninth place, and Yesh Atid, headed by Yair Lapid, failed to find room for an Arab among its first 20 candidates.

If we go back to the “Obama model,” we will see that the US president made a tremendous effort to enlist the support of women, who do not constitute a minority but still count, just like in Israel, as one of the more deprived groups in terms of representation among the country’s political and economic elites.

In addition to ignoring the Arab public, the center and left-wing parties are abandoning the female vote and failing to capitalize on the unique and unprecedented advantage of having women leaders of three parties: Labor, Hatenua and Meretz. But while the Likud and Yisrael Beitenu blame each other for excluding women, one might expect Shelly Yachimovich, Tzipi Livni and Zehava Gal-On to pounce on this issue and try to achieve an electoral advantage.

Surprisingly, they are underplaying the gender card. Yachimovich emphasizes the social-economic agenda, Livni raises the flag of diplomatic negotiations and Gal-On excels mostly in the defense of democracy and human rights in Israel. These are all worthwhile goals, but again, they are exhaustingly familiar. They are the lost coin under the street lamp. Although all three are identified with the same political bloc, they have not formed a female coalition to formulate a joint program and plans for dealing with the underrepresentation of women in the Knesset (Israel is graded in 23rd place among the 34 OECD member states) and the government (33rd place).

During their lengthy political careers, the three leaders have not gained a reputation as representatives of a large female public which is disadvantaged in terms of pay (6,285 shekels [$1,689] a month, on average, compared with 9,669 [$2,598] for men) and representation in the labor market (47% of the workforce but only 5% of board of directors members and 4.5% of executives).

The center-left parties have also given up in advance on supporting the immigrant population from the former Soviet Union (and the changes among this sector, to be addressed in an article later this week). One needs a magnifying glass to find immigrants at the forefront of the center-left bloc in the coming elections.

Therefore, I can only reiterate my recommendation to leaders of the center-left bloc: don’t look for your rule under the lamp. Learn from Obama — go out into the field and look there.

Akiva Eldar is a contributing writer for Al-Monitor’s Israel Pulse. He was formerly a senior columnist and editorial writer for Ha'aretz and also served as the Hebrew daily’s US bureau chief and diplomatic correspondent. His most recent book ( with Idith Zertal), Lords of the Land, on the Jewish settlements, was on the best-seller list in Israel and has been translated into English, German and Arabic. In 2006, the Financial Times named him among the world’s most influential commentators.